The Burger’s Priest founder on trading patties for pies | TRNTO.com
Skip to content 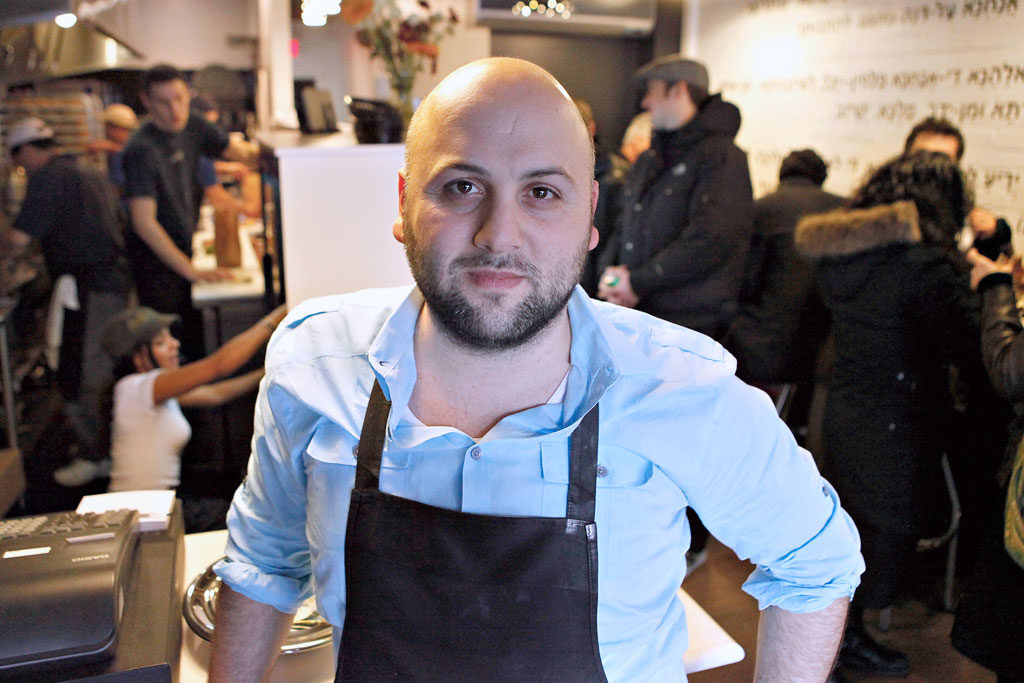 Shant Mardirosian is back with a new restaurant and he’s on a mission to redeem another classic American food. The Burger’s Priest founder initially planned to retire after selling the successful series of burger joints, but his life of leisure was short lived. “After four weeks at home I was like: ‘I gotta do something.’ I was going crazy,” he says.

After all, Mardirosian’s decision to sell The Burger’s Priest wasn’t driven by a desire to get out of the restaurant industry completely. “The Burger’s Priest was my first real venture,” he says. “I started realizing that I was the type of entrepreneur that didn’t like to grow companies; I like to start them.”

And that’s exactly what he’s doing with his new Dundas West pizza venture, The Fourth Man in the Fire. “I felt that there was a big push in Neapolitan style pizza [in the city], but what was missing was just regular American pizza, like the pizza that we grew up on,” says Mardirosian.

With no formal culinary training – Mardirosian actually attended Bible college, which is why religious references tend to be weaved throughout his restaurant concepts – his research process for developing the menu at the Fourth Man in the Fire involved a lot of YouTube videos and a lot of pizza taste tests.

His pizza pilgrimage took him to New York as well as the American midwest, where many big pizza delivery chains like Little Caesars and Domino’s have their origins. Mardirosian says that the Fourth Man’s pizza is a cross between the pizza styles of these two regions. “It’s not a thin crust, it’s not a thick crust; it’s right in between,” he says.

The dough at Fourth Man is made in-house and aged for four days to intensify its flavour.  It’s then cooked in an Italian brick oven and dressed with fresh sauce and a combination of five different types of cheese (although Mardirosian won’t reveal which ones).

Mardirosian opted to go ultra simple with the topping options (there are six in total and you can only have two on any one pie). “Once we started trying pizzas and testing with a million different toppings, a whole bunch of things didn’t taste right,” says Mardirosian. “We wanted to only select toppings that allow you to taste the cheese, taste the sauce, taste the bread. Once you start putting other things on, it made all the work we did kind of get lost.”

Simplicity and affordability are key aspects of Mardirosian’s ethos with the Fourth Man in the Fire. The restaurant has taken over the Dundas West building that was previously home to Campagnolo. While the Burger’s Priest is fast-food through and through, the Fourth Man offers a sit-down dining experience (although they also launched delivery at the end of October). The restaurant is a big, welcoming space decorated with checkered floors and wooden tables that harken back to old-school pizzerias.

The Fourth Man in the Fire’s name pays homage to a biblical story in which a divine fourth man protects three men loyal to God from being sentenced to a fiery death. Mardirosian says it’s a reference to his desire for the restaurant to protect Torontonians from pricey restaurant tabs.

“I wanted to create a place where families and groups of friends can go out and not spend a lot of money,” says Mardirosian. The 18-inch pizzas, which clock in at about $30 a pie, are large enough to share with three or four people, while house wines are priced at $5 a glass. The single beer on the menu, Miller High Life, is $3 a bottle.

It’s no secret that operating a restaurant in Toronto, particularly one occupying a large piece of central real estate, is expensive, and Mardirosian admits that keeping menu costs low for diners is a challenge. “It’s not easy but I’m just counting on volume to take care of that,” he says. “I want to create a safe haven for people to be able to go out and not spend 300 bucks”

He’s taking the tipping pressure off diners as well by paying all Fourth Man staff $20 per hour. Any additional tips diners choose to add are split evenly between the front and back of house teams.

“I’m trying to create something that not only changes pizza culture, but restaurant culture as well,” says Mardirosian.