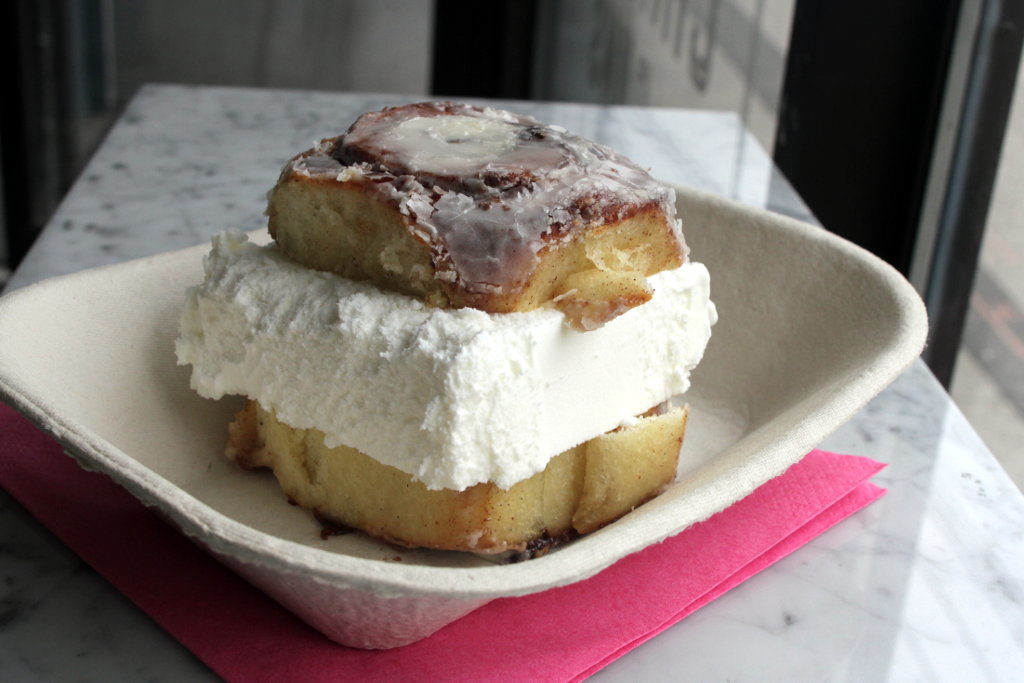 Cinnamon buns are a nearly unanimous crowd-pleaser; you’d be hard-pressed to find someone who doesn’t start salivating at the mere hint of that familiar scent in the air.

Well, Amy Rosen of Rosen’s Cinnamon Buns (825 College, at Ossington) is taking things to a whole new level of decadence with the Bunwich.

Formally launching this Friday, the Bunwich is comprised of a warm cinnamon bun split in two to make way for a big slab of Chapman’s vanilla ice cream.

“Summer hasn’t ended until I’ve stuffed one of those into my gob,” Rosen says.

The not-so-premium but oh-so-satisfying Chapman’s vanilla hits the right notes for her homage. Plus, it’s nut-free, which fits Rosen’s nut-free and seed-free environment.

The Bunwich marks a bit of a deviation for Rosen’s. Up until now, cinnamon buns, bread pudding, tea and coffee made up the shop’s straightforward menu, which has suited the Trinity Bellwoods neighbourhood just fine during its successful six months in business.

And why not? With a stream of customers as steady and constant as the buns going in and out of the oven, it’s an ideal time to experiment.

The Bunwich will be served all summer long.