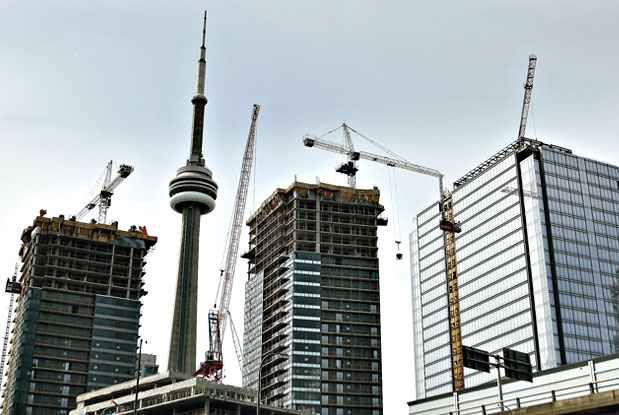 When they bought their $1.4 million house in Leaside, David and Jennie avoided a bidding war but they couldn’t get around Rob Ford. “Shock and awe is putting it mildly,” Jen told me. “Coming here from Vancouver, we were used to insane prices, but we have never encountered anything like this.”

“This” was a land transfer tax (LTT) bill a few bucks shy of $50,000, thanks to Toronto being the only place in the country where buyers shell out twice. In fact, the two LTTs (some urbane realtors call it the “double latte”) was cited days ago by the Toronto Real Estate Board (TREB) as a material factor in slowing sales and ballooning listings. Of course, this is enough money to buy a Kawarthas fixer-upper cottage.

Why would TREB finger a four-year-old levy as a sales killer now? Because it’s convenient and shifts the reality of a changing market onto external factors: like a greedy city run by nimrods who can’t balance the books, instead of the real villain, which is price. The average sales price of a property in the GTA is now $516,787. But strip out the 905, and it becomes $568,678. Now lose the savings-less, HGTV-watching, condo-snapping property virgins, and we get a single-family home  (SFH) average of $820,816. Focus that a little more on the ’hood Dave and Jen just adopted, and it jumps just past a million. Move up the road a few clicks, and it doubles.

Sales in Vancouver have recently dropped by 23 per cent; listings have flooded higher; and the average SFH shed more than $100K. It’s the start of what many now see as a 30 to 40 per cent correction in prices.

Is this the fate that waits us? After all, the number of properties for sale swelled like an excited gland in May, adding 20 per cent. At the same time, sales stalled, despite the 11 per cent gain TREB claimed, since almost 20 per cent were condos, and 80 per cent of those pre-sales (future contracts instead of actual transactions).

TREB’s numbers guy admits, “If new listings continue to grow at the pace they did in May for the remainder of 2012, the annual rate of price growth should begin to moderate on a sustained basis.” Add that to a new warning from TD that Toronto houses are 15 per cent overvalued and the constant media refrain now about dangerous valuations, and you have a perfect storm to scare away nice people like David and Jennie willing to move here and subsidize $100,000 TTC fare collectors.

So should they now worry about their property value? Hardly, say the realtors. “Sure, things have calmed down,” admits North Toronto veteran realtor George Klump, “but this happens every summer.… It’s all going to begin again in September.” Almost. There is one major qualifier, Toronto’s insane condo fetish. No other city has 325 new condo projects, 173 residential towers under construction, 53,000 new units in the pipeline, 15,000 built but vacant units, or buyers who are 80 per cent speculators and flippers.

This is the smoking gun. A collapse here could ruin everybody’s Thanksgiving.