Is Toronto witnessing the end of the daily restaurant critic? | TRNTO.com
Skip to content 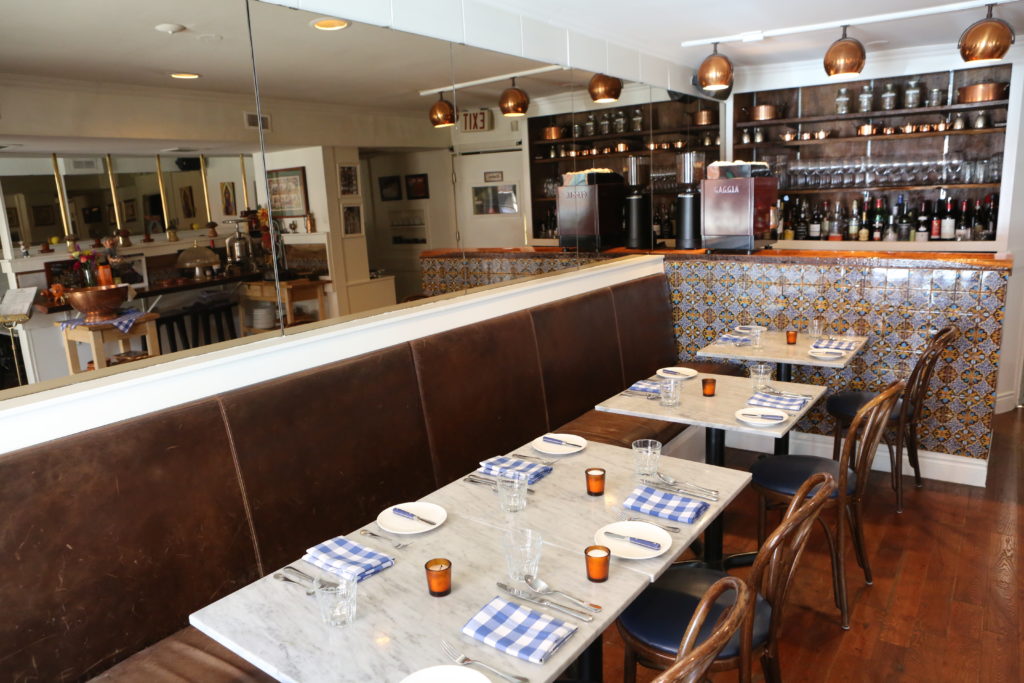 At the end of 2019, the Toronto Star parted ways with its veteran food critic, Amy Pataki, who had been reviewing the city’s restaurants for nearly 18 years. She made the announcement abruptly, in the final paragraph of a year-end restaurant roundup, so that an inattentive reader might easily miss it.

Her reviews, she says, weren’t generating enough web traffic for the daily to justify the considerable expense of having a full-time food critic. “I was very surprised when I saw the data,” Pataki says. “I ended up representing a style of journalism that’s no longer in fashion.”

With that business decision, Toronto lost its last critic from a daily newspaper. Ten years ago, a brigade of writers from various local publications reviewed weekly, including Steven Davey at Now Magazine, Joanne Kates at the Globe and Mail and Gina Mallett at the National Post. That’s in addition, of course, to Pataki at the Star, along with Chris Nuttall-Smith, who penned in-depth reviews for Toronto Life on a monthly basis.

The proper critics were more thorough. They went more times, they did more research, they had a broader context of knowledge — and that’s what’s missing.

Today, only a few hardy stragglers remain, and they both review monthly: former Globe critic Kates, who writes for Post City, and Mark Pupo, who writes for Toronto Life. The rest of the critics either died, were let go or retired; they have not been replaced as quickly as they have disappeared, if at all.

For those who believe that professional food criticism is necessary and important — that it keeps chefs in line, maybe, or helps them strive to be better and more creative — it’s a bleak state of affairs. Pataki herself doesn’t quite know what it means for the city. “I’m still trying to puzzle that out,” she says. “I wish the culture hadn’t shifted this way. I wish things were more important than 140 characters or 30 second videos. I really wish we could go back to the old days of thinking and ruminating.”

Typically, professional restaurant critics strive to adhere to basic precepts of journalism, such as accuracy and impartiality. Usually they will go through great efforts to remain anonymous in order to be treated like a regular customer. Often they’ll visit a restaurant numerous times to ensure they aren’t critiquing a one-off experience. And they will usually interview a chef before publishing a review to clear up misunderstandings or inaccuracies. These efforts, which don’t come cheap, are ostensibly undertaken as a service to readers, to provide them with thoroughly researched advice as to where they should spend their money, or to call out restaurateurs who are all show and little substance.

Interestingly, in the wake of Pataki’s exit from the Star, chefs and restaurateurs seemed more saddened than readers by the loss of another daily newspaper critic. Many of them tweeted out their support, including Roger Yang, founder of vegan restaurants Awai and Avelo, who wrote: “Critics’ influence has diminished, but a good review is still the best thing that could happen for an independent restaurant.”

Prolific restaurateur Jen Agg, who has been subject to both good and bad reviews in the dailies, recently tweeted that, in light of the city’s dearth of professional critics, Toronto’s food scene “feels a bit wild west (in a bad way).” “Real, thoughtful, 1,500 word criticism is important,” she later elaborated to Post City. “I don’t think critics get it right all the time, and particularly when it came to my restaurants, there was often strange bias or outright misogyny. But I still think it’s awful Toronto has no one left to take stock of the scene, not just as a harbinger of dying media but for my own personal sense of loss.”

For some, though, there is a conundrum in the world of professional food criticism. How does a critic maintain impartiality when newspaper sales and web hits are overwhelmingly boosted by scathing restaurant reviews? As Pataki says, “People love the nasty ones. I’d get the most feedback on a 20:1 basis from people who read a takedown.”

In 2012, chef Rod Bowers’ now-closed Roncesvalles restaurant, Hey!, bore the brunt of a thorough evisceration from then-Globe critic Chris Nuttall-Smith. In a review as pointed as a bed of nails, Nuttall-Smith slammed the soup, “which tasted like salt lick,” and a bread pudding, which “tasted like corduroy.” Bowers — who took a massive financial risk to open the restaurant, and who was busy dealing with an ill newborn son during the first few weeks of business — says staff morale was crushed following the review.

Amateur reviews can be inaccurate, misguided or just plain useless.

He wonders why any critic would need to be so harsh with a family-friendly neighbourhood restaurant. “I think bad reviews do better for your credibility than good reviews,” he says. “To be quite honest, I think it’s great that old-fashioned criticism is going by the wayside. There’s so much bias in food. We’re human beings — a small experience can throw us off. It’s too personal.”

Nuttall-Smith, who declined to comment for this article, built a reputation on his more critical reviews, including a fiery one of the now-closed America at the Trump Tower, which went viral, and an expose of Playa Cabana, which he discovered was falsely advertising its food as organic and local.

But while individual critics were once omnipotent, that’s all changing as consensus-based reviewing found on Yelp, Google or Bookenda becomes the norm. Restaurant reviews — at least in theory — are becoming more democratic, with everyday customers combining their experiences and opinions. Yet that comes with its own share of problems. Amateur reviews can be inaccurate, misguided or just plain useless.

Yelp has been accused of boosting the rankings of restaurants that pay money, and amateur reviewers have been known to demand free food in exchange for a good review. Often, readers have to use their judgement as to whether a restaurant is actually bad or whether the reviewers were out of their minds.

In 2016, critically acclaimed restaurant Edulis made headlines when it responded to an amateur critic on social media. On Bookenda, the customer left a puzzling, contradictory review that would not have made it past the average food editor. The customer made a fuss, for example, over not being accommodated when they showed up 20 minutes before opening time, and about spending too much money (Edulis is known to be a high-end splurge restaurant for special occasions).

“Restaurants in Toronto don’t stay at the top forever. I will not feel sorry for them when their time runs out,” the customer wrote, while simultaneously rating the food to be 5/5. Tobey Nemeth, who co-owns Edulis with chef Michael Caballo, was mystified. “From the safety of anonymity in their homes while they’re tapping away on their computers, I think they forget to realize that somebody’s reading this, somebody who’s invested their whole life,” she told CBC’s Metro Morning. “All the people that we support — our employees, the people that grow our onions, and make our cheese, and wash our windows — everybody is affected by something like this.”

Post City critic Joanne Kates finds the rise of the “citizen reviewer,” as she calls it, frustrating, because it’s next to impossible to know which reviewer has the palate and food knowledge to form a reliable opinion. The result is that it’s becoming more and more work to figure out where to eat. “Because you can’t trust any one source, you have to cross reference,” she says. “I’m unwilling to research dinner for an hour and a half. I find that annoying. I’d rather have just read Joanne Kates and known where to go.”

“The critics were the filters. Now it’s raw information. That’s what people want.”

While her articles remain a huge draw for Post readers online and in print, she admits that it’s difficult to maintain cachet and credibility by reviewing monthly versus weekly. Professional food criticism in Toronto, she says, is dead.

Veteran Toronto food writer Eric Vellend thinks the city’s food scene will ultimately survive just fine without critics, but he admits he’s a little wary to eat out at expensive restaurants these days without the knowledge that a professional he trusts has gone beforehand. “No-one eats out like a professional critic,” he says. “The proper critics were more thorough. They went more times, they did more research, they had a broader context of knowledge — and that’s what’s missing.”

Pataki, meanwhile, is accepting the changing times with stoicism. The way she sees it, the people have decided what kind of information they’re willing to pay for. “The critics were filters — we pre-filtered. Now it’s raw information. That’s what people want,” she says. “We’re working on the idea of consensus, and that’s not such a bad thing.”