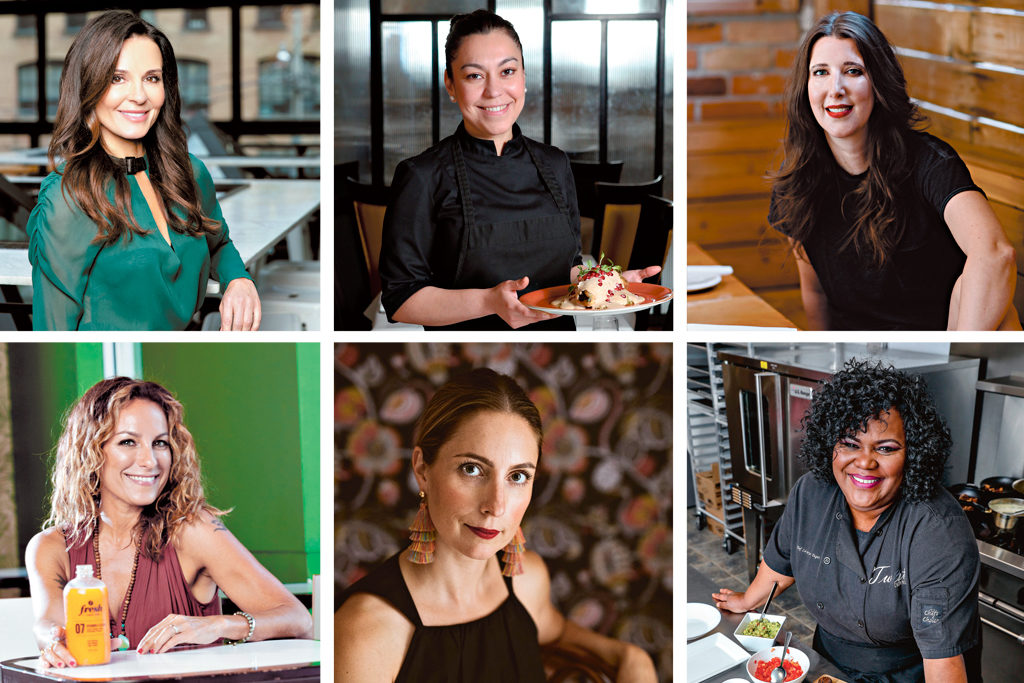 This fall, powerhouse women from across Toronto are taking the world by storm. Janet Zuccarini’s cannabis brand Gusto Green is launching in L.A. next year, and Top Chef alum Elia Herrera’s Mexican all-vegan Los Co Vegan will open with the expansion of Assembly Chef’s Hall this fall. Jen Agg’s new pasta and wine bar, Bar Vendetta, is set to open its doors any day, and Raptors personal chef and owner of Twist Catering, La-Toya Fagon, is the first Canadian woman of colour to cater all major events at TIFF. All in all 2019 seems to be bringing female foodies to the forefront and we’re all for it.

Top Chef favourite Elia Herrera is opening up an all-vegan stall in the new expansion of Adelaide’s hawker-style cafeteria, Assembly Chef’s Hall. Los Co Vegan will be a Mexican inspired, yet contemporary spot, where Elia can explore her love for Mexican flavours and will be inspired by her childhood family recipes. Herrera has also said that Los Co will be a great opportunity for her to get back to her roots as a pastry chef and try her hand in plant-based desserts.

‘I Hear She’s a Real Bitch‘ author and Toronto restaurateur, Jen Agg is in the process of opening up a wine and pasta bar in her old stomping grounds. Bar Vendetta, set to open any day now, is located in The Black Hoof space, where Agg arguably made a name for herself in our city. This simple and casual spot will be extremely wine focussed and give diners the chance to try bottles they might not be able to get their hands on anywhere else.

Chef La-Toya Fagen is not only the personal chef to the 2019 NBA Championship team, but she’s also the first female chef of colour to cater the media & filmmakers lounge at the TIFF Bell Lightbox, the rising stars event and the board of directors cocktail reception during this years film festival. Her catering company TWIST Catering is one of the city’s premier catering services featuring Island flavours fused with Mediterranean ingredients.

The owner and operator of Fresh, Toronto’s first juice and vegan fresh bar is setting its sights south of the border. Fresh Los Angeles is set to open up this year and with it Tal will be bringing all her classic recipes and iconic cold-pressed juices. Top Chef alumnus, Shereen Arazm Koules was responsible for bringing Terroni to LA has now partnered with Tal to help bring her chain to the city of angels.

Co-owner and GM of Alo is stepping away from the fine dining scene and immersing herself in a funkier atmosphere. Amanda Bradley will be opening up a hotel-style lounge at King and Portland, set to open in 2020. Teaming up with Robin Goodfellow of Bar Raval and PrettyUgly, the two plan to transform the 4,000 square-foot space with Partisans Architects.

Chef Ivana Raca has paved the way for many women in the food industry. As chef Mark McEwan’s first female saucier, turned executive chef,  founder of Open Kitchen Toronto and owner of Ufficio, Resto Bomeo & Chef’s Table, Raca has established herself as a powerhouse on Toronto’s culinary scene. On Oct. 30, she will be toasting her esteemed colleagues; hosting the Taste of the True North — a celebration of Canadian female Talent at Cafe Boulud.