The massive Global Climate Strike is taking over Toronto this week - TRNTO.com
Skip to content 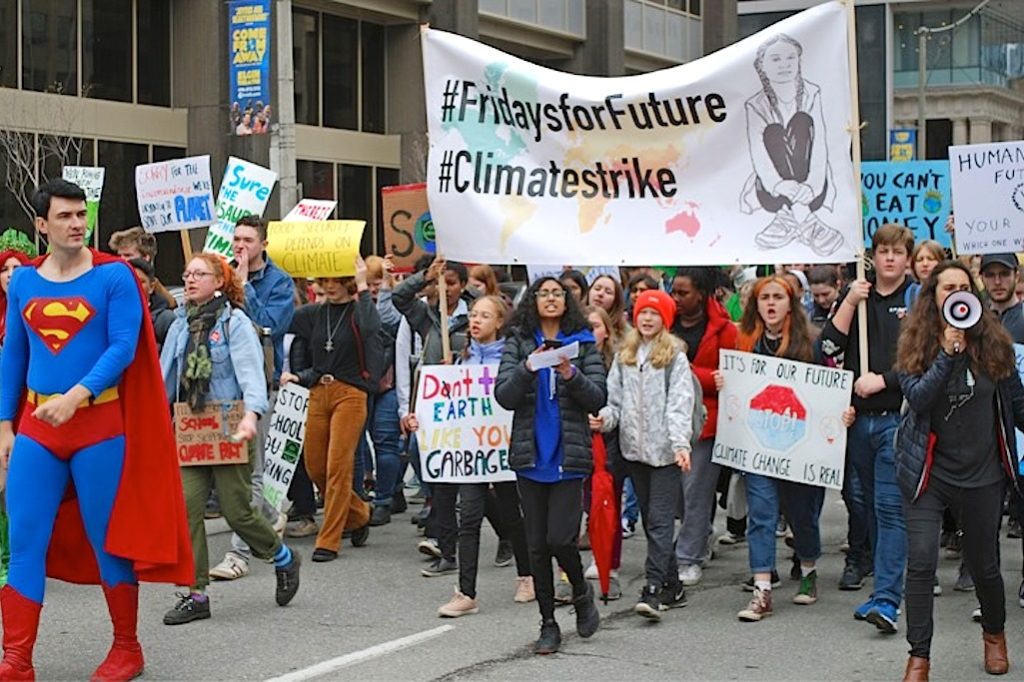 Toronto’s biggest climate change protest will take place this Friday, Sept. 27. The student-led event, which is timed to coincide with the UN Climate Summit in New York, advocates for immediate action against the climate emergency. Already more than four million people across the world have joined the Global Climate Strike rallies and events which took place last week (Sept. 20-27).

The event will start with a rally from 11 a.m.-12 p.m. at Queen’s Park. Protesters will then march down University Avenue and back up on Yonge Street, returning again to Queen’s Park. Afterwards there will be a Global Climate Strike Concert from 2-3:30 p.m.

Fridays for Future, a youth-driven organization, is at the helm of these protests. The Global Climate Strike movement was started by 16-year-old activist Greta Thunberg, who gave an impassioned speech to world leaders at the United Nations on Monday, calling them out for their lack of action on climate change.

In Toronto, Fridays for Future is backed by their adult allies from the S27 Coalition, a self-organizing group headed up by Climate Justice TO. The coalition includes groups such as Climate Justice Toronto, Migrant Rights Network, David Suzuki Foundation, Indigenous Climate Action, Greenpeace Canada, and The Leap at the University of Toronto, among others.

The demands for the strike encompass a number of intersectional issues such as indigenous  rights, moving to publicly-owned renewable energy and sustainable infrastructure and justice for migrants and refugees.

The TDSB has been supportive of the strike. There won’t be any academic penalty for students who want to attend the rally, and schools have been asked not to schedule tests and assignments for the day. But don’t expect to only see students at Queen’s Park: companies such as MEC and Lush have given their staff the day off to join the rally and the official Facebook event has more than 16,000 people marked as “going” or “interested.”

“Right here, right now is where we draw the line. The world is waking up. And change is coming, whether you like it or not.” My full speech in United Nations General Assembly. #howdareyou Swipe for full video->