The Henry Miller of stand-up comedy - TRNTO.com
Skip to content 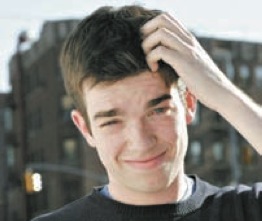 THE SUMMER COMES and goes — a garbage strike, autumnal temperatures, the doldrums of a recession — no wonder the appearance of Just For Laughs is so welcome.

This is the third year that the venerable Montreal institution has run its satellite event in Toronto. And although much smaller, I could argue that it was a more tightly curated and accessible event. I attended both festivals, and I have to say that the most memorable moments — with one notable exception — occurred right here in town.

A much-anticipated show in T.O. was the Sarah Silverman gala, an expertly booked collection of alterna-comics. Silverman is one of my favourite newer comics with her Jewish Princess–gone-bad persona and her politically incorrect material. Her appearance at the festival was a coup for Toronto. But she seemed a bit guarded, when I saw her, trying her material tentatively as if to see how much pure Silverman this town could handle. She was funny, of course, but I suspect, when she comes back, she’ll let it rip.

I saw a young comic on that show named John Mulaney, a staff writer for Saturday Night Live, who blew away most others on the show. His routines on Girl Scout cookies and pirates were entirely original.

David Cross failed to rise to expectations. Ditto with Todd Glass, who tried too hard with too little material. It was Louis C.K.’s show that night, as the headliner delivered a blistering 20 minutes of bilious hilarity that took on any trace of sentiment still lingering on in our daily lives.

And then there was London’s Jimmy Carr, a thin white duke in a bespoke suit whose perfect jokes put him right up there with Steven Wright and the late, great Mitch Hedberg. He did two concert-length sets at Yuk Yuk’s and kept the crowd going for 40 minutes without a breather.

But the revelation of the Toronto festival was the one-man show by John Leguizamo. He is one of those performers, such as Eric Bogosian, who alternate roles in Hollywood movies with gut-wrenching confessionals in one-man shows of his own creation such as Spic-O- Rama. In his new show, he tells his life story in and out of show business with the help of slides, songs and more than a little celebrity gossip. The show is filled with Hispanic heart and a beautiful madman’s soul — make sure you see it when he tours next year.

However, it was in Montreal where I encountered the brilliance of Marc Maron.

You may remember Maron as one of the great hopes of New York alternative comedy in the ’90s. As it happens, Maron’s been busy with an acrimonious divorce, and that’s what his one-man show is about. His 90-minute show is filled with deep, disturbing truths about the human condition.

The first 20 minutes were so literate that it recalled the finest passages out of Henry Miller. This was comedy for the real comedy cognoscenti, which is probably why he ranted to about 40 people.

As the festival carried on around us, with its airplane jokes and the celebs jockeying for attention, we were privileged to watch a comedic genius in action.

That’s the great thing about a festival — sometimes the best finds are in the most unlikely places.