The most talked about TV event of the year - TRNTO.com
Skip to content 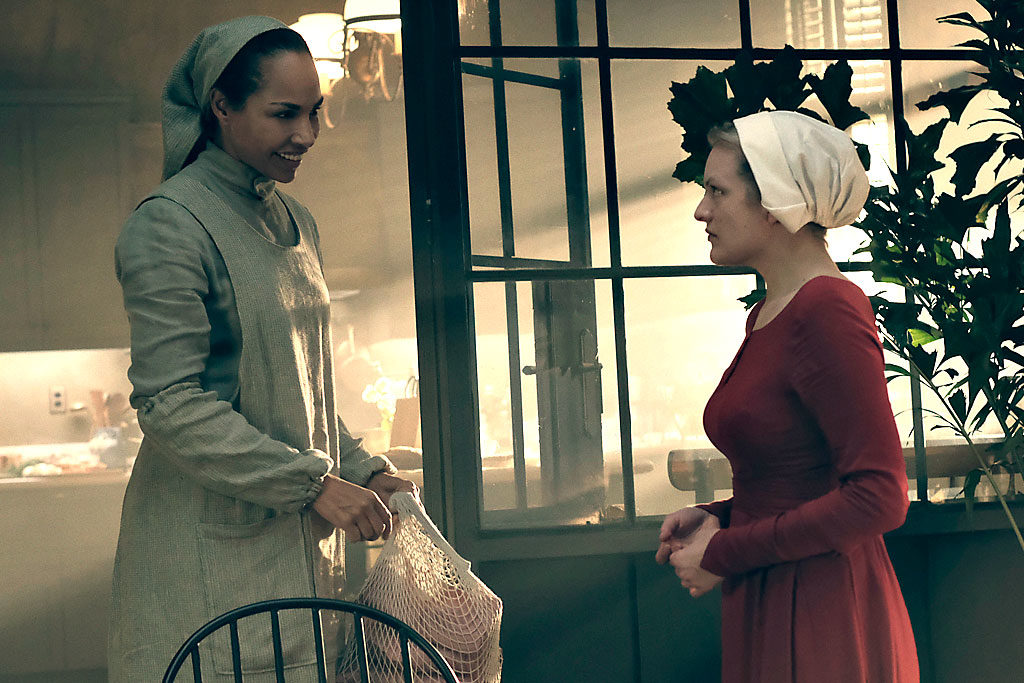 When Amanda Brugel was a teenager, she wrote an essay based on Margaret Atwood’s The Handmaid’s Tale that she submitted to the screenwriting program at York University.

The essay was a hit with the admissions board who, upon reading it, granted Brugel a full scholarship. Later, during Brugel’s second year at York University, she wrote a series of short stories based on the same groundbreaking dystopian novel.

Her work was so good that her York professor accused her of plagiarism. After showing the professor her supporting documents and proving she had had a decade-long love affair with the book, the professor agreed to drop the charges.

Now, almost 20 years later, Brugel has landed a role in a television adaptation of The Handmaid’s Tale. It is one of the most highly anticipated television series of 2017. It stars Elisabeth Moss (Mad Men, Girl, Interrupted), Alexis Bledel (Gilmore Girls, Sin City) and Joseph Fiennes (Shakespeare in Love, American Horror Story).

The show has already garnered huge critical acclaim and is expected to win a bevy of awards. Brugel plays the role of Rita and adored her time on set.

“The entire project, from beginning to end, was almost like filming a moving work of art,” she says. Working with an all-star cast and crew was a life-affirming experience.

“Everyone just brought their A game, and then we were inspired by one another, so everyone just kept upping it. It was the best experience I’ve ever had.”

The project may be her biggest role to date, but Brugel is no stranger to both the big and small screens. She has appeared in BBC America’s hit drama Orphan Black and just recently came off a stint on CBC’s award-winning comedy Kim’s Convenience. In 2015, Brugel snagged a role in the Academy Award–winning film Room.

Brugel has also just finished working on Eyewitness, the USA Network drama starring Julianne Nicholson (Boardwalk Empire, August: Osage County), which she calls one of the most challenging roles she has played.

“I was a little bit nervous going into it that I wasn’t going to be able to fill [my character’s] shoes,” she says. “It was the first time I’d played such an emotionally broken character. I had to go through a considerable amount of emotional turmoil.”

The show was filmed in northern Ontario, and prior to shooting, the cast spent a few weeks alone in the woods.

“That gave us an opportunity to get to know one another, get to know our characters and bond as a family,” says Brugel. “That enabled all of us to go to the places emotionally that we had to go to.”

Brugel turned 40 this year, and all the signs suggest that this will be her most successful decade as an actress yet. She might never have made it to this point however: in her late 20s, the actor was going between Toronto and L.A. struggling to land roles. She found the process incredibly trying.

“You work so hard and you have to rely so much on faith and drive and you get beaten down,” she recalls.

She eventually decided to quit acting. She moved back to Canada and didn’t go out for an audition for four years. During that time she got married and had a baby (a son, now six years old).

But it was the birth of her first child that gave her a new perspective on acting.

Where previously she had been going after roles — mostly in comedies — of young, attractive and ultimately one-dimensional female characters, she realized she wanted more.

“I wanted to play characters that were full, three-dimensional, almost tragic figures,” she says.

“I wanted to portray people who could perhaps help other people get through what they’re going through. That changed my focus. I started actively going after those kinds of characters and then everything blossomed after that.”

Brugel knew she wanted to be an actress “since about the time I could walk.” She was born in Pointe-Claire, Que., but the family moved often. Her father worked with Famous Players, the former cinema chain that was acquired by Cineplex.

The family moved around the country to set up new theatres. During her childhood, Brugel lived in just about every province of Canada, but by her teenage years, the family finally settled in Oshawa.

She now lives in Whitby with her husband, Marcel, and their two sons.

Between a full acting slate and raising two kids under the age of six, Brugel found time to launch her own charity, Brug’s Army. Focusing particularly on issues that face women and children, the non-profit organization recently raised more than $30,000.

Brugel is excited for the future — playing interesting characters and watching her kids grow up. She also has one very clearly defined ambition. By age 45, Brugel would like to star in an action movie.

“I would love to be a 45-year-old action star,” she says. Like Jason Bourne? “Exactly. But an older, black, female, kick-ass action star.” Watch this space.