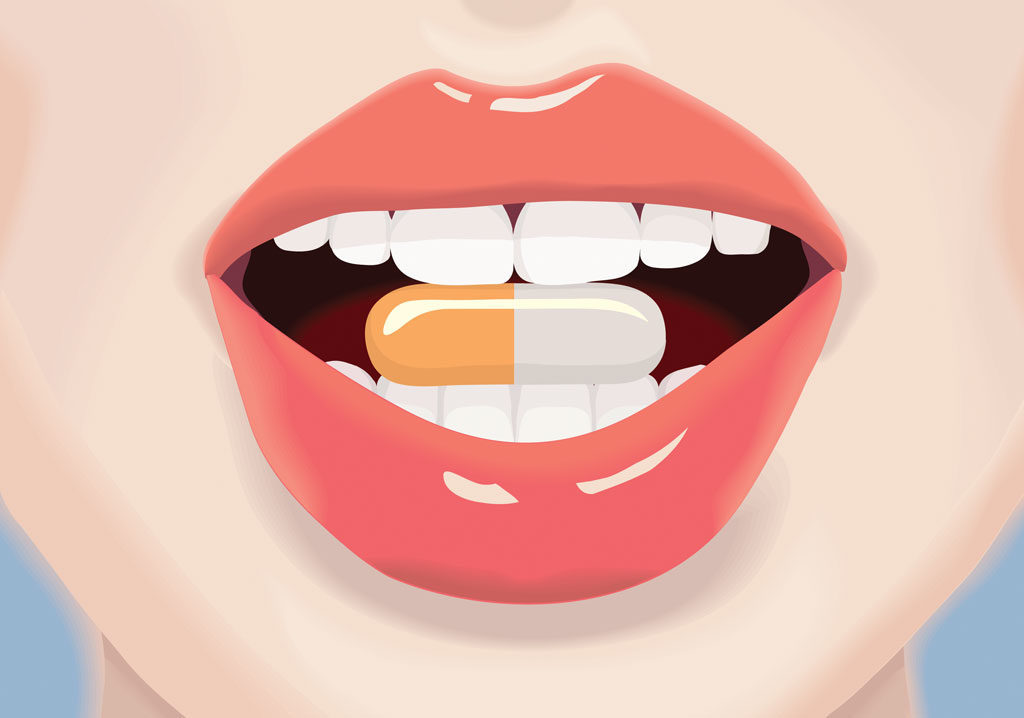 There’s no better time than the new year to get your engines revving. Especially your sexual engine. Approximately 40 per cent of Canadian women in the new mid-life are affected by, or will be affected by, “low libido.”

This is not the case for me (yet?), but it was certainly interesting to walk into Apotheca, on Spadina Road, to ask the pharmacist, “Do you have something natural like a Viagra for females?”

It was fun to chat about female libido or, in many cases, lack of libido with the pharmacist, who pointed me to a shelf of natural vitamins for something called “FemMED Libido.”

Unfortunately, when it comes to sex drive, it seems that everything is way more complicated for women than it is for men.

First, there is no female pill equivalent to Viagra. And it really is because we females are complex and complicated.

“In regard to getting a female Viagra pill approved,” says Dr. Sheryl Brown of the Genesis Professional Group Inc., “measuring desire/sexual function in females is more complicated than measuring erectile dysfunction in men.”

Viagra, for men, works by increasing the chemical that causes an increased blood flow to the penis. In turn, erectile dysfunction is improved for many men.

“Testosterone is the hormone of desire,” explains Dr. Brown.

It impacts both males and females greatly. When she has a patient with a low libido, she often prescribes small dosages of testosterone cream.

“I value this hormone for its effects on improving mood, relieving fatigue and irritability, decreasing aches and pains, honing muscle tone and preventing thin, dry skin that comes with the aging process,” she says.

Unlike male erectile dysfunction (ED), female sexual dysfunction (FSD) is actually a “collection of disorders.” (How complicated are we?)

Possibilities for low female sex drive include experiencing a decrease in hormones, which includes a combination of estrogen, progesterone, testosterone, DHEA and thyroid hormone.

It’s so confusing, I’m left wondering how women have any libido at all.

“For women, the tiny dose of testosterone can be applied to the groin area or just above the clitoris.”

The testosterone will work quickly in this way and is often prescribed to be applied two to three times a week.

The female pharmacist at Apotheca says that women come in asking for natural ways to get into the mood and even come back to tell her how it worked.

“You’d be surprised what I hear in here. Sometimes having oysters is just not enough,” she jokes.

In fact, they are sold out of FemMED Libido, which leaves me wondering just how many women in Forest Hill are working on their renewed sex drive.

FemMED Libido is a source of eight ingredients, including several herbs for female sex drive, among them panax ginseng and L-arginine, which the pharmacist tells me is also known as “scream cream.” How could you not love that? (I so want to go and ask a doctor for “scream cream.”)

Female sexual response is complex (as are our minds). Many factors influence a woman’s sexual desire, like stress.

“Women’s desire for sex is more complicated in that many women want numerous aspects of the relationship to be affiliative before they will have much desire,” says Dr. Brown. “With emotional or relationship problems, a woman’s interest in sex often wanes, and intimacy in many women involves complex emotional factors. A pill that ignites libido wouldn’t necessarily resolve fundamental underlying marital discord.”

Jen Kirsch, a relationship expert, agrees: “Once a woman targets what the potential issues are behind why her desire is lacking, only then will she be able to make room for improvement.”

Kirsch also says it’s important to discuss your lack of libido with your partner in a casual manner and to avoid using a blaming tone.

“It should come up when things are going good and you’re chatting. Just be like, ‘When was the last time we were intimate together?’ in a playful tone.”

I didn’t try the testosterone cream (but at least I know that “scream cream” is out there).

I didn’t even try FemMED Libido, because it can take weeks for it to actually start working (unlike Viagra for males), and so far, I’m good in the sexual department.