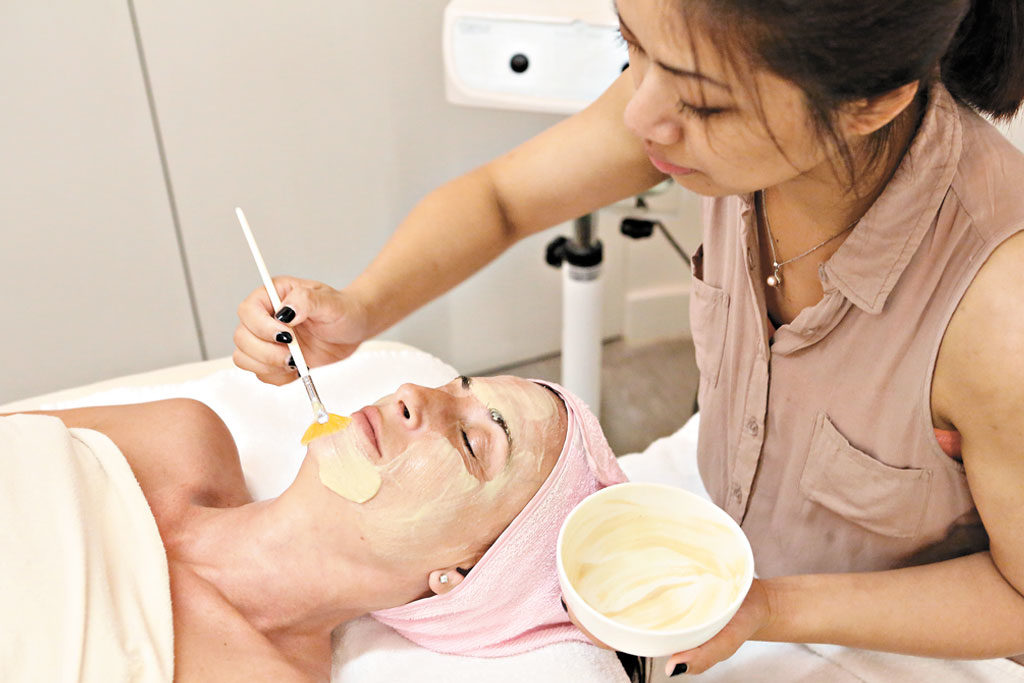 I walk in and give Anne Tse, the manager of Trinity Medispa and Wellness, what she calls, “the face.” The face, I’m assuming, is part disbelief and part, “Really? I’m not sure I can do this!” After all, I’m getting the bird poo facial, and yes, she says, most women at first give her the face.

How could you not, knowing you’re getting bird excrement on your face?

Don’t worry. It’s not pigeon poo that’s part of this facial. She imports it from Japan. The poo comes in a mixture form and is not from just any bird, but the rare Japanese nightingale species, and more specifically the Japanese bush warbler. These nightingales only eat a very specific diet and their small intestine creates an enzyme called gaunine in their excrement. Gaunine is the enzyme that exfoliates the skin.

Unusual as it may sound, the bird poo facial is extremely popular in New York, sometimes called “the Japanese facial” or “the geisha facial.” Celebrities like Tom Cruise, Victoria Beckham and even One Direction’s Harry Styles are reported to be fans.

Tse tells me that the nightingale poo was first used to clean clothes from AD 700, and by the 1600s, it was used as a facial to treat and brighten skin.

The excrement became a popular beauty treatment among the Japanese geishas when they needed to find a way to have beautiful skin, without all the technical facial lasers, Botox and fillers we have all known about for years.

The geishas would use this as their regular beauty regiment. The ingredients are so rare that very few places offer the treatment.

Trinity Medispa, at Yonge and St. Clair, is the only place in Toronto to offer this facial. The cost is $135, completely reasonable for any facial in the city.

Tse adds that the reaction to the facial is pretty much the same.

“They ask if it’s real poo. I say, ‘Yes!’ They ask if it smells.” (It smells like Rice Krispies or popcorn to me!)

And, yes, the bird poo dried, cleaned and completely sterile by the time it is used on your face.

At the spa, they get asked for the bird poo facial about three times a week.

“It seems to be for the adventure seekers,” says Tse.

Tse begins the facial with a skin analysis, then a cleanse, steam, extractions, massage and then the bird poo mask, which is left on my face for 10 minutes for maximum results.

I can honestly say this has been one of my favourite facials in the city. Why?

Well, I may have given Tse “the face” when I walked in, not knowing what to expect, but when I get home, my fiancé says, “Did you do something different? You look so fresh and glowing.”

I might have to start putting bird poo on my face once a week.