The Oldest Pizzerias in Toronto | TRNTO.com
Skip to content 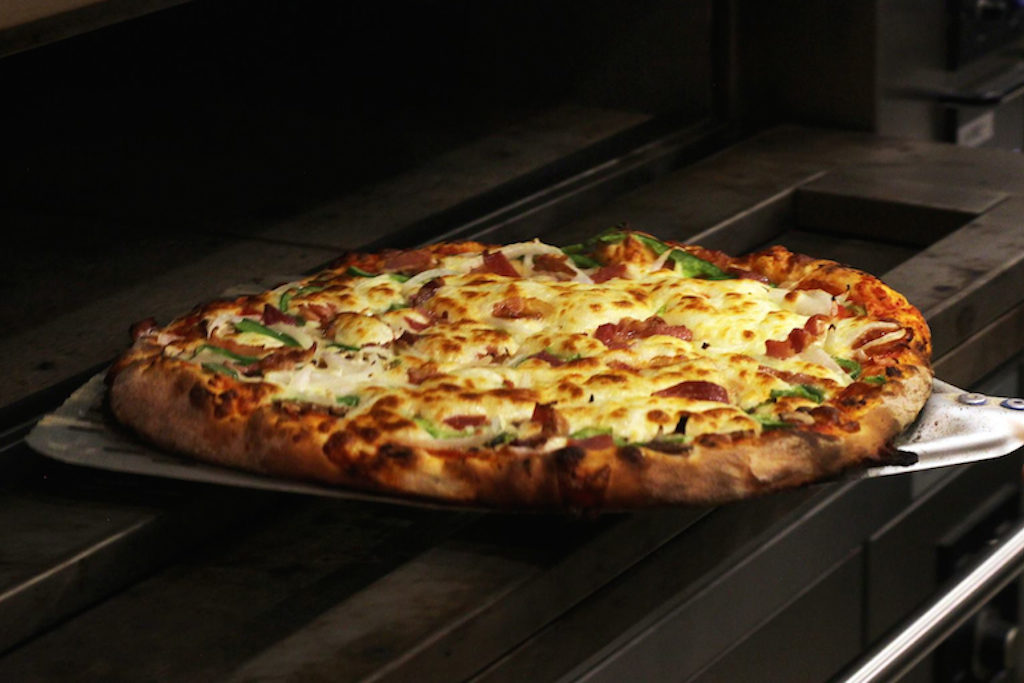 Toronto has no shortage of pizzerias, but these tried-and-true pizza spots have been bringing world flavours and traditional methods over the last six decades that continue to wow Toronto.

Here are our top picks for the oldest pizzerias in Toronto.

Il Paesano has been tossing dough since 1957. This small pizza place in Etobicoke still uses its original pizza sauce and dough recipes, creating the same mouth-watering pie that earned the shop its stellar reputation. If you’re not in the mood for pizza, Il Paesanos’s menu also includes traditional Italian fare, including pasta, meatballs, veal, chicken, sandwiches, and plenty of other belly-warming dishes. Presently, Il Paesano is offering takeout options only.

Sometimes you just want a slice of traditional pepperoni pizza, and that’s why many people head to Bitondo’s, nestled in the heart of Little Italy on Clinton. Don’t let the exterior of this place fool you — even though the building hasn’t changed much since the 60s, Bitondo’s is known for their cheap yet mouth-watering pizza slices. This tiny, old-school pizzeria has always offered takeout options only, so the current pandemic isn’t impacting how the restaurant serves its pies. You can also order sandwiches, pasta, and other grab-and-go Italian fares.

Frank’s Pizza House was established in 1965, few pizza shops have won as many awards or received as much press as Frank’s Pizza House. This pizza shop is beloved by many because the food is always consistent, which might have something to do with the fact that Frank’s has been run by the same family since it opened. The Taverniti family has been making pizza the same way since the 60s, and, in this case, that’s a very good thing. You can also purchase a pizza dough kit from Frank’s and make your pie at home. The perfect dough, fantastic sauce, and all the best toppings make Frank’s a fan favourite.

A post shared by Dinner Date at 6 🇨🇦 (@dinnerdateat6)

You’ll find six types of pizza on Milano’s menu, and all of them are mouth-watering. This old-school pizza joint doesn’t dabble in new flavour or crazy toppings because when something is consistently done right, there’s no need to change it. Milano’s has been making pizza since 1963, and they keep the same sauce, dough, and excellence going steady. Milano’s also has sandwiches, calzones, and hot plates to go.

This much loved restaurant by the Donlands has been serving up the East York community for over 50 years. Danforth Pizza opened in 1964 and unlike other pizza spots, this restaurant adds all of the toppings under a blanket of cheese which results in a cheesy, gooey pizza. This unique pizza style was created by Angelo D’Auria who emigrated from Italy.