The parent trap: Will and Kate aren’t the only mom and dad to backtrack on those best laid plans - TRNTO.com
Skip to content 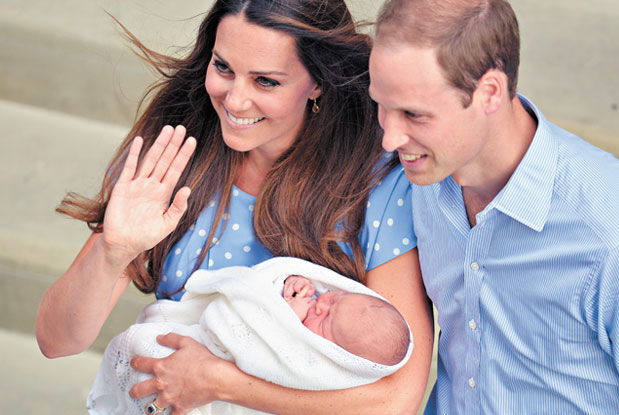 “Before I got married I had six theories about raising children; now, I have six children and no theories.” — John Wilmot

Before their baby was born, royal supercouple Kate and William decided, and perhaps naively publicly announced, that they wouldn’t be hiring a nanny, that they would set an example of being involved new young royals and raise Prince George themselves. Well, like many new parents, they’ve discovered that nine months into parenthood the challenges are a bit different than you imagined, once you actually become parents.

A “Spanish supernanny” has been summoned, and I wonder how many other “parenting resolutions” might fall by the wayside for this very high-profile couple as they have done so for us common parents before them. Here are five theories I’ve chosen that they may want to abandon.

1. Not using TV as a babysitter. In years gone past, even the royals used a court jester to entertain themselves and their children. Not all television is bad, and not all parents who let their children watch Breaking Bad before they should are bad. TV is an excellent babysitter whose fees you have already paid.

2. Not resorting to yelling. Reason with them logically to make the right choices. Until of course that little royal hand goes toward a palace outlet with an heirloom silver fork or is steering a wayward scooter toward Great-Granny.

3. Believing that pushing your children into athletic programs and onto high-level teams is just for parents who are living vicariously through their children. Come on, you don’t think William will be encouraging George to try out for the rep level polo team? (I think he’ll make the cut, personally.)

4. Protecting your child from the chemicals and additives in all junk food and sticking to a natural, organic diet. Until cook comes up with crown-shaped nuggets that is, just to get the little prince to eat something before Mom and Dad come home from a ribbon cutting in New Zealand.

5. Deciding that a) I will not document every moment of their lives with video and become one of those parents who jam my camera in the face of my kids all the time or b) making sure to document every moment and file, edit and store all of my video and digital files each month, alphabetized. I’ll make it easy for William and Kate. Their child will be dutifully and officially photographed at every life event.  They don’t have to do it for themselves. And any personal shots can only be used against him in later years. George can ask Uncle Harry about that. Stick to the royal portraits.

Kathy Buckworth is the author of I Am So the Boss of You: An 8-Step Guide to Giving Your Family the ‘Business.’ Her column appears monthly.