The path from underdog to understudy to leading lady | TRNTO.com
Skip to content 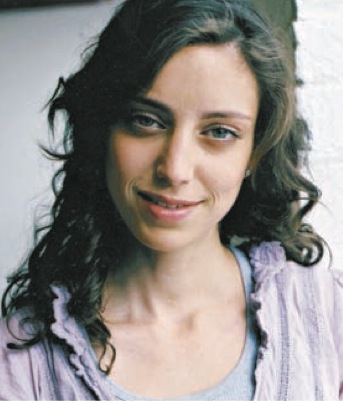 AS A KID, Toronto’s Julia Lederer tended to shy away from the spotlight. But as she entered her final year at Bishop Strachan School, she discovered her love for the stage.

Her breakthrough came during a high-school dance show. She and her dancers were far from seasoned (she refers to them as “underdogs”), but she says her dance troupe received an overwhelmingly positive response from students and teachers alike.

She decided she belonged on the stage.

Today, Lederer is the co- founder of Theatre in Her Shoes, a Toronto-based theatre company that encourages women to get involved in Canadian theatre. In 2006, while working as an associate producer with fellow theatre buffs Miranda Plant and Anna Gallagher-Ross, Lederer was introduced to theatre artists Jayne Collins and Esther Maloney.

The five connected instantly. United by their collective disappointment at the lack of female leadership in the theatre community, they established their own organization that focused solely on women artists.

Elsewhere in the theatre community, she says, “most of the instructors are men; a lot of the plays that get done have far more male parts than female parts; and there is such a lack of opportunity. We wanted to … make it more of a team feel where we could support one another.”

Theatre in Her Shoes provides mentorship programs to help develop female artists. Through the programs, participants have the opportunity to collaborate on projects and learn from each other in a positive and encouraging environment, she says. The company also accepts submissions from female playwrights (the company does cast male roles).

Her latest project is her original play Frame. The work explores the ways individuals connect while in an art gallery. The script took Lederer over a year to complete and an additional year to refine.

Recently, Theatre in Her Shoes produced its first full production at SummerWorks, Toronto’s independent theatre and arts festival. Lederer and her team hope to open doors for up-and- coming artists and produce work that is important to the community.

She runs a youth festival called the Paprika Festival, and her company meets once a week to discuss new projects. Their most recent projects are Footprints, a new reading series that features works by emerging female artists, and, on April 18th, a full workshop presentation of Lederer’s Frame, directed by Matt White, will hit the stage.

The seeds of Lederer’s career were planted in her high school’s Writer’s Craft class. There, she was able to analyze models of effective writing and use a workshop approach to produce a range of works. She says her teacher, Ms. Wendy Beck, encouraged students to explore different techniques and gave them the tools needed to pursue a career in creative writing. “She was great, and in that class, I got to really do the type of writing that I loved. In a school setting, that is amazing.”

Since graduating, Lederer says she has grown as an artist. She encourages all art lovers to always be open to improving. “There is so much to learn. It gets scary to try [new] things,” she says. “You have to just really learn how to trust yourself.”