The Queen's Plate set to return to Toronto this weekend - TRNTO.com
Skip to content 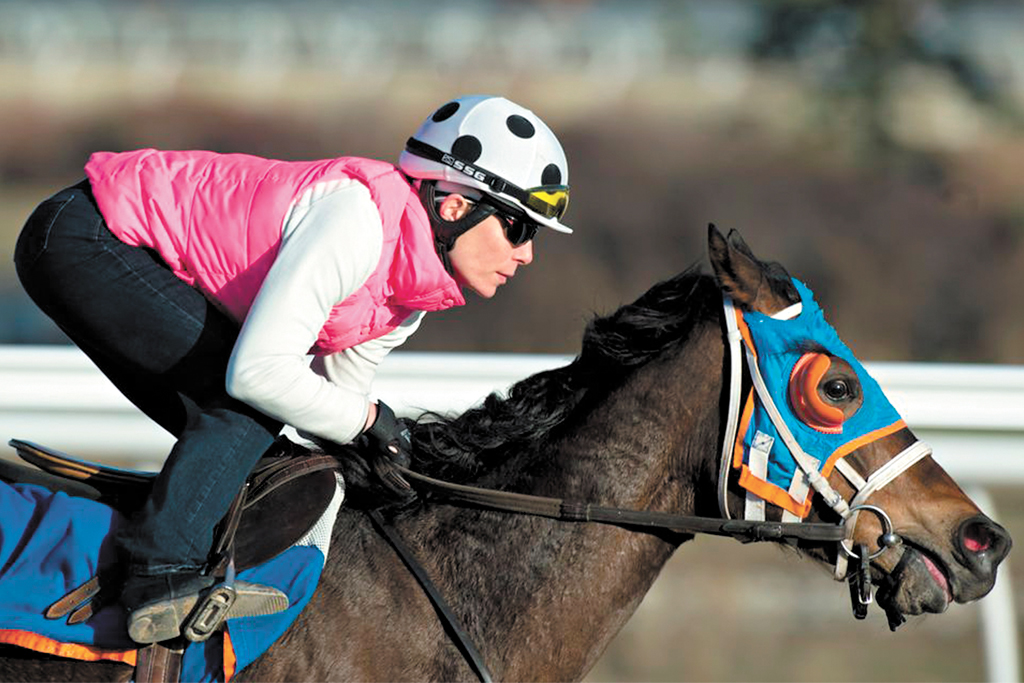 Canada’s most famous horse race is ready to run this week, in a new format. Queen’s Plate @ Home kicks off at noon on Sept. 12 with the running of the Queen’s Plate with a $1 million purse. The race will be broadcast live on TSN and CTV, as there will be no spectators at this year’s event. There will also be a new digital experience on Woodbine Entertainment’s Instagram channel @WoodbineTB showcasing some of the event’s longstanding traditions including fashion, gourmet food, music, wagering and Thoroughbred racing. The Queen’s Plate @ Home will be hosted on Instagram by The Social’s Melissa Grelo.

We spoke with one of the country’s best jockeys Emma-Jayne Wilson, who won the race back in 2007, about the Queen’s Plate and how she overcame hurdles to make it to the top of her field.

The Queen’s Plate is being held this month, with the race being live-streamed as well as some other events. What is the significance of this race?

This is Canada’s horse race. This is the oldest and longest continuously run thoroughbred horse race in North America. So it is steeped in tradition and history. It means everything to everyone who’s been involved in horse racing in Canada in any way, shape or form. So the fact that we’re able to run it, we’re pretty happy to have that considering the way 2020 has gone.

You must be getting excited for race day?

I am excited. I don’t think it’s going to be what we are used to, but the Queen’s plate, it is about the horses, and it is about the racing, but there’s a lot of tradition and hoopla that goes along with it. I hope everyone gets dressed up at home because that’s part of it — getting dressed up to go to the races. So I would love to see people with their top hats and tails and in their fascinators in their own kitchen with their own television on, enjoying the Plate as you would if you were in the grandstand.

Are there any favourites this year?

When we talk about the Queen’s Plate as a whole, Clayton is a local horse that won the Plate Trial [Stakes] this year.… And there is another horse by the name of Halo. On top of that, you have the fillies. The winner of the Oaks [Stakes], Carolyn’s Voyage, will be a key contender in this year’s Plate as well.

How did you get into jockeying?

I started at a riding camp. It was at the YMCA riding camp for a week once, when I was a kid, but I’ve always loved horses. After that, I fell in love. I fell in love with animals. I fell in love with riding. And I did some more riding camps the next year, and then my parents got me into horseback riding lessons. So I did my weekly lesson. And in a way I guess it was kind of history from there. I would do everything I could to get to the barn. I knew I always wanted to be a jockey.

What do you love about it?

Well, let me tell you this way. We have a lot of rules right now at the racetrack. There’s a lot of protocols about social distancing, as everywhere. It was just the other day I broke the rules, and I snuck into a barn and into the stall of a horse that I had just won on about three days before. And I snuggled, I hugged him, I played with him. I was in the stall for probably about half an hour, you know, with the straw and the quiet time. And it’s these animals that are the athletes. It is horse racing for a reason. I’m just a partner with them. And to spend that time in the stall with him … the passion that I have for this game is the animals, the athletes. I mean, they are characters and they try to learn, and so to spend that time in that stall with him, albeit against rules — I was checking over my shoulder every second — it made me feel really good because I really did miss that.

Have you faced any roadblocks as a woman in a horse racing world dominated by men?

I think there were challenges. When I started, I wasn’t the first jock that was a woman to be at Woodbine. A very successful jock before me was Chantal Sutherland. So there was a lot of ice that was essentially broken in that sense with her.… There were always still challenges that I felt like it was about my frame of mind was going to dictate how people saw me. I didn’t see myself as a female rider. I just saw myself as just another jockey who wanted to be judged on her merit and her skills. And I knew what I had to work on to be the best jockey I could be. I wanted to be as strong as any one of the guys, as a rider coming down the lane in the last quarter mile. I wanted to go toe to toe with these guys and be considered as strong, and that was something that I focused on.

What have been some of your proudest moments?

I’ve had some really great moments from, you know, historical moments: like on [colt] Mike Fox in the 2007 Queen’s Plate is obviously one of them [becoming the first woman to win the event], but I think just the consistency over the last 16 years. I’ve had my ups and downs with injuries over the last couple of years, but I still maintained a level of consistency as one of the top jocks here year in, year out. I’m proud of that. And I’m pretty happy to have called Woodbine my home.