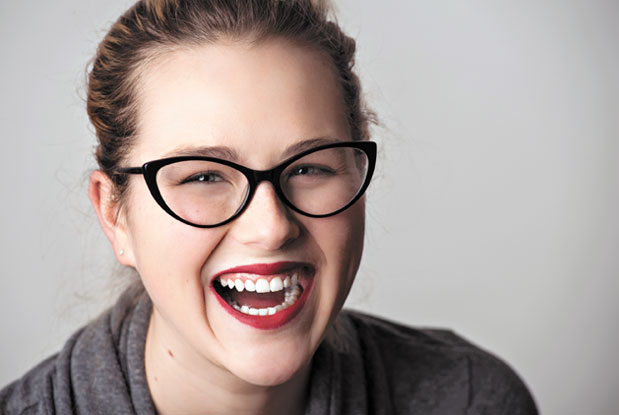 Who says politics are boring? Well, lots of people — including 18-year-old Morgan Baskin, who says she’d like to change that. The high school student is running for the top spot in municipal politics, hoping to be elected mayor of Toronto in this coming fall elections.

“Mostly I just saw a lot of really stale politics,” Baskin says. “I saw a lot of people saying the same things over and over again and not really wanting to work for real change.”

“And I think I can change that, so I will try.”

Baskin points to topics such as city transit as being something that has carried on in conversation for far too long. Although she says she would have preferred the LRT to subways, at this point, she wants the argument to be over. “I think younger people are better at making more immediate decisions because that’s how we live our lives. We have deadlines, and you just do things — you don’t have time to argue,” notes Baskin. “We’re more used to a decision-making model where there isn’t time to dilly-dally.”

It’s certainly true that kids and teenagers are often left out of the discussions when it involves city politics — even when the agenda is about changes to education or recreation centres.

Some people believe there is a trend among adults to dismiss the idea that younger generations could have some good ideas on these topics. Baskin says that she often sees adults pushing the ideas of youth to the side and she’d like to help change that. “It’s incredibly important for me to reach out to youth,” Baskin notes. As a kid, I didn’t feel listened to or heard by everyone, and I feel like young voices are often shut down and told, ‘tomorrow, next week or next year.’ ”

Baskin continues: “I’m here to say: Now. I see a problem and I’ve stepped in to fix it.”

Currently, Baskin’s campaign is run out of her home with the help of only her laptop, but she says she hopes to have a bigger team soon. She credits her family for being very supportive of her big ideas since she was very young. “My friends are also all excited to help with the campaign, making pins and banners,” Baskin says.

Municipal politics is something that could be introduced in a fun way to students as early as grade school. A lack of young voters and youth involvement is sometimes cited at election time, and there is speculation that, by the time they reach high school, teens are already in the dark about a lot of things.

“I think it’s a great way to look at real learning and life learning together, which is something the education system struggles with,” Baskin notes.

Currently finishing her last year at Inglenook Community High School, Baskin fills her days with extracurriculars — when she’s not working on her mayoral campaign, that is. She’s a Cub Scout leader and camp counsellor and has already had a lot of success with youth and youth groups — such as Girl Guides and a high school — reaching out in hopes of becoming part of the conversation.

Although it isn’t often that a youth barely able to vote is thrust into the political spotlight, Baskin thinks that her age is actually a very good thing because she will be bringing a fresh eye to city hall. “For me it is an advantage. I don’t come from that world,” Baskin says. “Career politicians are good at winning elections and some of them are really good at doing their job. I have no experience winning elections, because it’s my first time, so I’m going to do my best.”

“I don’t really think of Toronto as the fourth largest city [in North America] — I think of it as my hometown.”