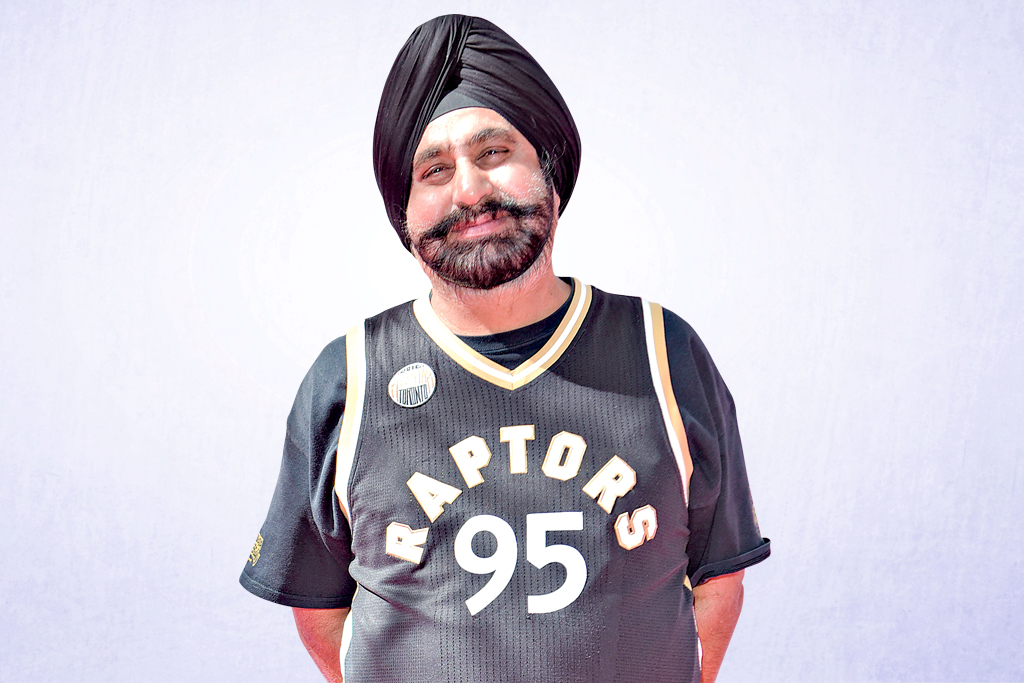 You’ve attended every home game of the team. How hard has it been?

To not cheer on the players and pick on the opposing players and pick on the opposing coaches and argue with the referees, and, you know, talking to my coaches in person and talking to my players and encouraging them is difficult. But what we are going through right now in this world, you have to bear it, you have to, you know. You have to play with the cards you are dealt. I understand the situation. I was asked to go to Tampa Bay, but I don’t want to take any chances for the players or my sake. I’m going to just watch and cheer for my team on the television just like every other fan.

Do you have a routine at home on game nights?

I prepare myself before the game, you know, so that I’m ready to watch. I wear a particular shirt, and then I watch the game on a nice big television. And I have a cup of tea, and that’s what I do.

Is the team starting to take steps in the right direction?

When players like [Serge] Ibaka and Marc [Gasol] go away, you know, it’s going to happen. They haven’t jelled yet. I think it’s still going to take them another five, six games in order to figure it out. But I think they’re moving in the right direction right now.

Has the emergence of Chris Boucher been the best story so far this year?

How did you make it to every home game since the beginning?

I came to this country in 1984. For the first 10 or 11 years, you know, that time was to settle down, get acclimatized and become comfortable. And when I was comfortable — I had a nice job and all that — I had no hobby. I’m a boring guy with nothing other than work, work, work seven days a week. So when the Raptors came, I decided to try it with two tickets. I could only afford two at the time. And I said, “I’m going to try it for a season.” And on the very first day, I fell in love.

When did you become the Superfan?

Isaiah Thomas. Isaiah was the guy who was in charge and who is guilty of making me the Superfan in the 1999 season. When we were playing at Skydome, he one day called me in the middle of the court and said, “Look,” and he gave me a jersey saying Superfan, one with a dinosaur on it. He gave me the jersey and said, “Look Superfan, you are going to be the face of the Raptors’ fans.”

Who is your all-time fave Raptor?

Vince Carter is my favourite. And the reason is not because he’s the best dunker and all that. One is that he brought Canada into the world, the world map of basketball. And secondly, what he did with the kids.

You also had an anniversary recently. How many years has it been?

Is your wife a big Raptors fan, or is that your time?

It’s just me. You know, she enjoys basketball but is not as crazy as I am. You know, more than 30 years ago, I had an arranged marriage kind of a thing. And, you know, we were given 15 minutes each to sort of meet and talk to each other. And then we decided, and it has worked out really well. She’s an amazing woman. I say that I’m stuck with her. But I’m glad that she’s the one I’m stuck with.

What is the secret to your success as a couple?

I stay away from her. No, we’re both understanding, we both have the same passion. We want to help out this country that has been amazing to us.

What are you most looking forward to when this pandemic is behind us?

I just want to be back in that arena, talk to the fans. Talk to the players. And, you know, talk to the referees, talk to everybody and inspire the fans. You know, I always take my championship ring there. I can’t wait for that to happen again. And to be cheering and getting back to normal. I’m a hugger by nature. And I’m just waiting, waiting for when I can hug everybody at that time.