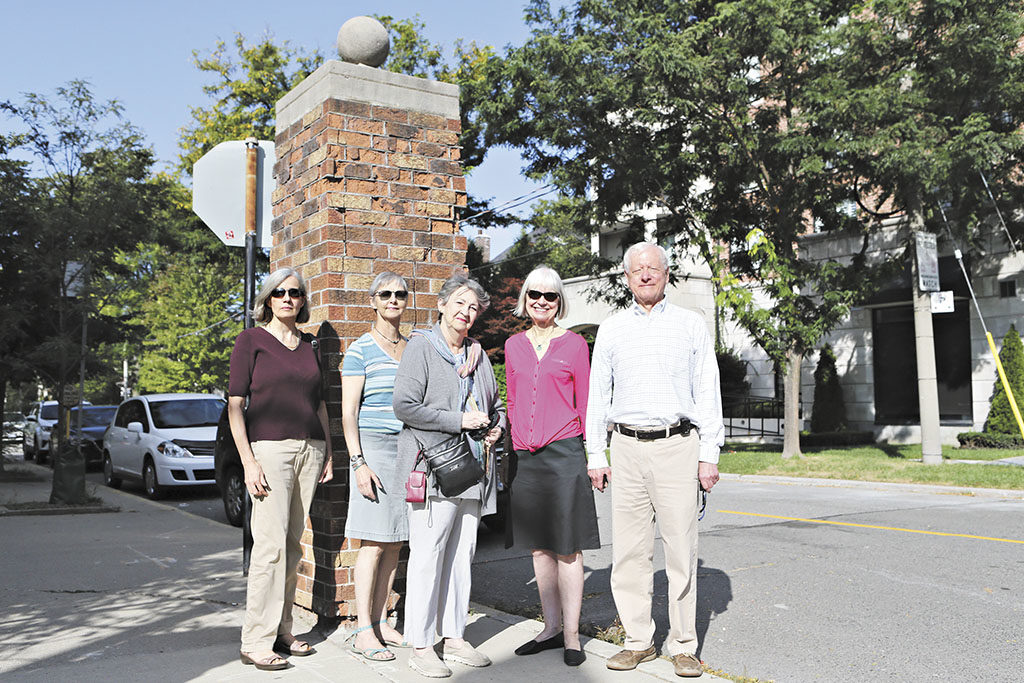 Thanks to the campaigning of a local residents' association and their councillor, the gates at the corner of Alexandra Boulevard and Yonge Street that are over a century old may get a third act. However, the conversations around restoration of these gates have raised underlying tensions between local ward councillor Christin Carmichael Greb’s office and the Lytton Park Residents’ Organization (LPRO).

The gates were built around 1910. They were, at the time, constructed of clinker brick, an increasingly rare type of irregularly shaped and colourful brick favoured at that time.

“They’ve been there forever, and they’re part of everybody’s history,” said Linda McCarthy, the vice-president of the LPRO.

In 1990, a developer bought the land at 2 Alexandra Blvd. and rebuilt the gates using standard brick, retaining only the ball caps.

“They were put back up cheaply, and the stones on the top should have had an overhang to protect them from ice and snow,” said McCarthy. “They did a really poor job of putting them back.”

For the last two years, the LPRO has been fundraising and campaigning to raise money to restore the gates. After a developer bought the property directly adjacent to the pillars, at 2704 Yonge St., the group suspended their project until they receive more information about the development. McCarthy says she’s heard that the new developers intend on restoring the gates. However, she said she has been largely kept in the dark by the councillor’s office on this issue that she believes she should be personally involved with as a community representative.

A representative from the office of Carmichael Greb told Post City that the developer intends to rebuild the gates with clinker brick and the original ball caps after the development has been built.

“They’re running someone against the councillor, so they’re trying to make this an election issue.”

“They said they’ll put the time, the effort and the money into it and work with our office to get them as close to the original state as we can get them,” he said. “That’s amazing, from our perspective, it means that residents don’t have to pay for this.”

He also said that Lytton Park residents were properly notified.

“We’ve had dozens of conversations with them. Their members are all aware,” he said. “I’ll tell you very bluntly, they’re running someone against the councillor, so they’re trying to make this an election issue.”

McCarthy remains skeptical that this project will be carried out. What she views as the councillor’s lack of respect toward ward residents’ groups is one reason why she and a number of members from other local residents groups are attempting to run a new candidate against Carmichael Greb in the upcoming election.

“We’ve been so disappointed by her representation,” McCarthy said. “We needed to do something about it.”

Carmichael Greb herself is aware that there is a campaign to sideline her re-election, but she believes that it’s personal. Linda McCarthy once worked for the councillor, until she was let go three years ago.

“We’re just not getting any guarantees back from them. It’s just, oh yeah, they’re going to do this, but how do we really know?” McCarthy said. “She is not going to be back anyway. Not if any of us have anything to do with it. We’ll start again with somebody new.”

A formal application for the property at 2704 Yonge St. is expected to be submitted soon, at which point, the project to restore the Alexandra Gates will resume.