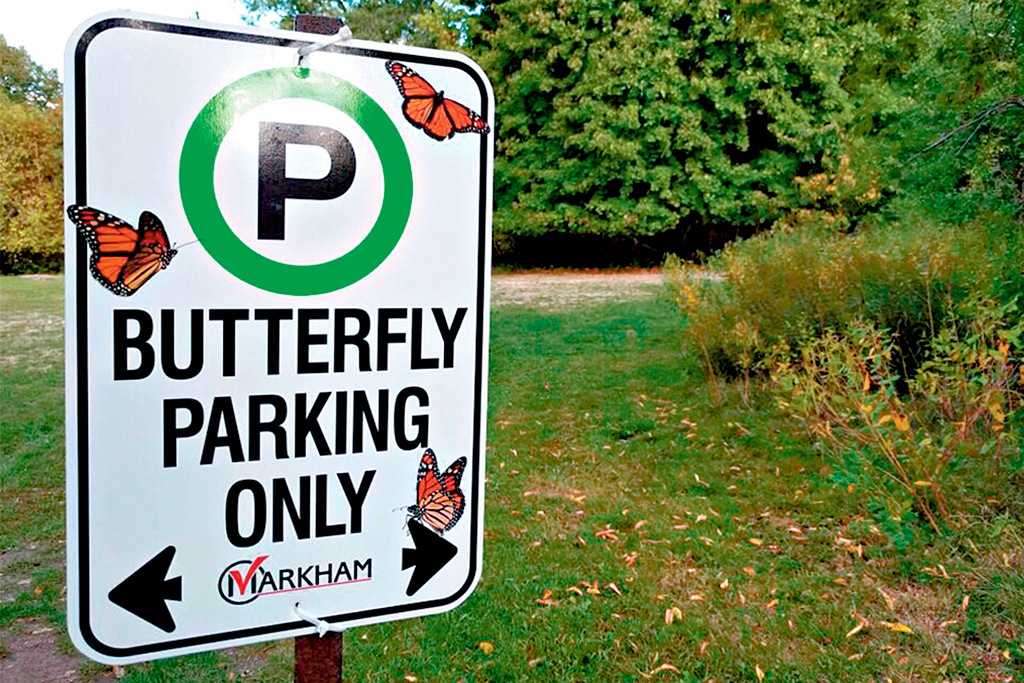 Rewilding is a concept used to restore an ecosystem to a wilder state by reintroducing species that were driven away or wiped out.

It comes in many forms and is something almost anyone can become involved in. One example is the David Suzuki Foundation’s Butterflyway Project — a simple, successful effort to reintroduce native plants that support a range of pollinators, including monarch and other butterflies. The project popped up all over the GTA in communities such as Markham and the Cedarvale area of Toronto. The intent is to create a habitat network that can support critters as they feed, breed, and migrate.

Whether it’s conservation or rewilding, we know that, when we give nature a chance, it bounces back. Because we’re part of nature and rely on everything it provides, that’s to our benefit.

We can’t change the planet back to a wild paradise, but we can take steps to reverse some of the damage we’ve done. As the Butterflyway Project shows, efforts can start small, on your block, or in your neighbourhood. But don’t be surprised if people want to join in. (Keep in mind physical distancing and other health rules.) The idea has been spreading as fast as milkweed in southern Ontario!

A growing number of economists, ecologists, scientists and planners is recognizing the value of “natural assets” — the many services and functions nature provides that often cost less and are more efficient than built infrastructure.

Research by the David Suzuki Foundation and the Municipal Natural Assets Initiative, in collaboration with a number of towns and cities in B.C., New Brunswick and Ontario, found protecting or restoring ecosystems offers immense value in terms of water purity, flood control, storm protection and more — without the expensive maintenance and limited shelf life of built infrastructure that provides similar services.

Beyond their local benefits, healthy, intact ecosystems do so much, from sequestering carbon to providing food. They can even prevent or at least reduce the number of deadly diseases that jump from animals to humans — 60 per cent of new or re-emerging diseases since 1940, including HIV, Ebola, Zika and a number of coronaviruses, came from animals, wild and domestic, in part because of forest and habitat destruction.

We know when we give nature a chance to recover, it will, and when we work to restore it, amazing things can happen. We’re showing now that we’re capable of doing what’s needed to keep ourselves and each other safe and healthy.