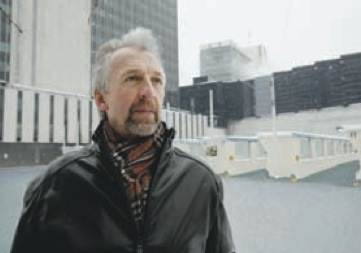 COMMUNITY ASSOCIATIONS IN North Toronto are deciding whether or not to appeal a controversial decision made by city council in February.

The “Yonge Eglinton Focused Review” — a plan that outlines how the Yonge Street and Eglinton Avenue intersection should be redeveloped — was approved by council on Feb. 24. However, amendments to the report that would prevent developers from building beyond a 40-storey limit on the southwest quadrant of the intersection were not approved.

Walker wanted to strengthen the language with regard to the “strata” agreement within the report. A strata agreement divides lands horizontally above and below a fixed height. The city would be able to sell the land to a specific height and claim ownership of the airspace above that height.

Walker’s proposal to create a mandatory, rather than an elective agreement, was not carried through by council.

“That’s exactly what we don’t want because if it’s elective they can apply for more [height],” said Walker in reference to the future buyer of the property. “Even if the city says no, they can appeal to the OMB.”

Councillors who opposed the amendments were concerned that imposing a height limit on the property would limit the value of the site or that even stronger language wouldn’t prevent an appeal at the Ontario Municipal Board anyway, council documents said.

Residents have worked hard to contribute to the review plan, but were not protected in the process, he said.

“It’s another example where the city set in place this whole community consultation process with the promise that people will have some say, and then they basically threw it out the window.”