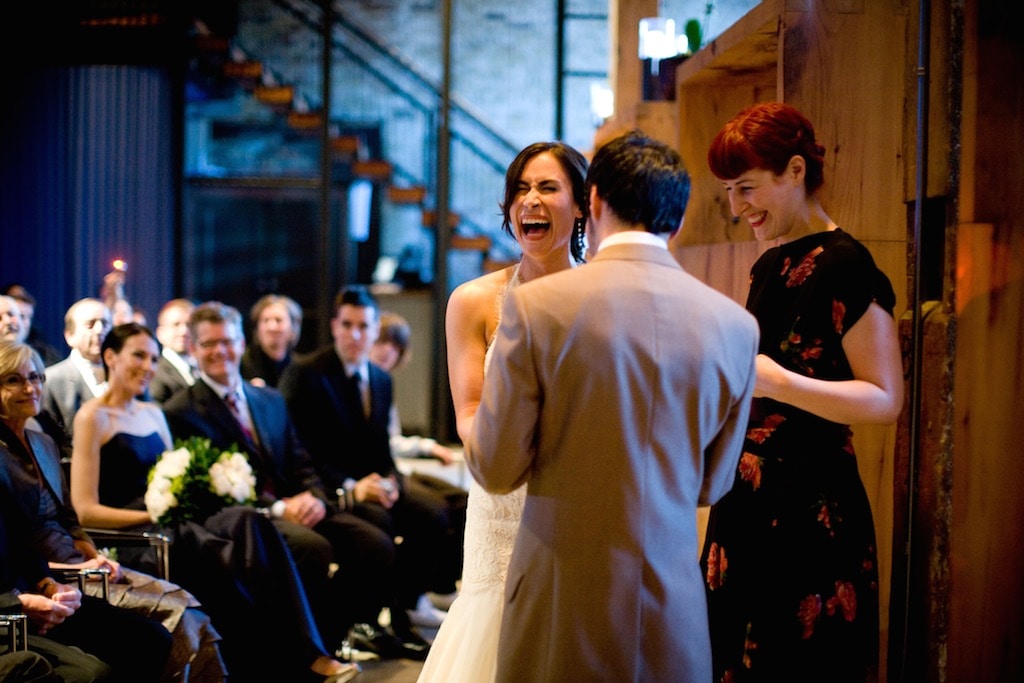 Cynthia Loyst, co-host on CTV’s The Social and founder of FindYourPleasure.com, has released her new book Find Your Pleasure: The Art of Living a More Joyful Life. When it comes to her own relationship, Loyst says she knew her husband Jason for years before they ever spoke a word to each other. Now after 20+ years together, it sure seems it was worth the wait for that first conversation. Here, Loyst tells us how it all went down.

We met in stages. We both went to York University and were in the film and video department. I remember seeing him for the first time with his long, dark, flowing hair; sideburns with a strap of hair across his chin; and his Fishbone T-shirt and thinking: “Hmm, that guy is so cute, except I don’t understand that facial hair.”

For years we orbited around the same people and places but never really spoke. Years later, after graduation, I was hired by a mutual friend to belly dance in a music video, and Jason was hired as the director of photography. I noticed him again and felt he had improved on his facial hair, but we still didn’t speak.

We eventually ended up at the same party, and finally he came up and chatted with me, and I gave him my number.

Our very first date was at Insomnia at Bloor and Bathurst streets. At that time, I lived down the street from there, so I was basically a regular at the restaurant and asked him to meet me there.

We sat at the bar. I still remember the soft, grey sweater he was wearing and how good he smelled. I had been single for a while and had experienced some less-than-stellar dates, so I had developed a list of finely tuned questions that could help me weed out the duds quickly. By the end of the date, he had sailed through my questions with flying colours.

I had this wooden sculpture in my room that I had spent hours carving. Most guys I had dated had hardly ever noticed it, or worse, they threw their coats or put ashtrays on top of it. One of the first times Jason came to my apartment, I found him curiously tracing the entire thing with his hand, asking me questions about how I made it, what it meant to me and so on. I think I fell in love with him at that exact moment.

It was near Valentine’s Day. I had just finished work, and he invited me out for dinner in the Distillery, which was and is one of our favourite places in the city. We had recently bought our house, and things had been a little tense in our relationship at that time, so I wasn’t really thinking anything about this date. I went to the bathroom and came back to find a tiny box on the table, and then I knew. So I said, “I’ve been so awful lately, are you sure you want to do this?” Thankfully, he did. 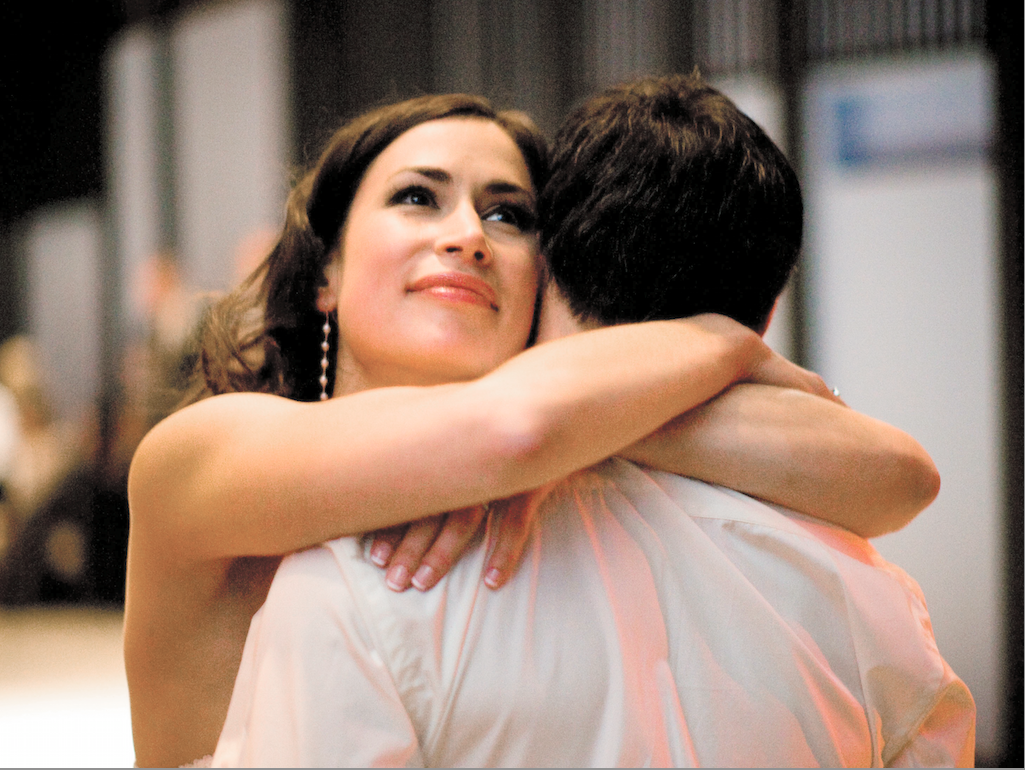 We got married where he proposed — at the time it was a beautiful restaurant called the Boiler House. It has since changed to a Mexican place called El Catrin. I have heard great things about it but haven’t brought myself to check it out, yet, because I’m still kind of heartbroken that it’s not the same place.

We have one son, named Jaya.

It’s hard. I think we have the benefit of working in similar industries (television and film), so we know how crazy the hours can be. And also, we have been together more than two decades now, so we know each other very well and can tell when the other is starting to fray.

We give each other lots of space and room to be individuals. I really value that. We also have had and continue to have some hard conversations at times. Finally, having a therapist to check in with (either individually or as a couple) every once in a while is incredibly important, I think, for any couple.

Reading, writing and eating on a beach for me. Although I’m not opposed to Jason’s vision of an olive grove in Spain.