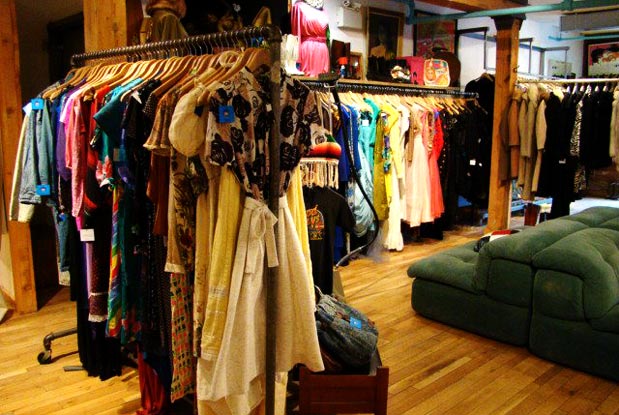 A walk along the Ossington and Queen West strips means two things for vintage shoppers: more room in the wallet and less room in the closet. Of course, it’s hard to avoid purchases when it comes to the many unique pieces that are found in the vintage shops around Toronto. With over 50 stores alone in the city centre, Torontonians have long known that the vintage scene here is one of the best in the world.

In her quest for an elusive cream silk blouse, Stephanie Plentl from The Telegraph has stumbled onto our little secret and is spreading the word. Citing popular vintage destinations like 69 Vintage, Gadabout, I Miss You, House of Vintage, and V, it’s no surprise to hear Plentl describing Toronto as “a vintage heaven.” Toronto, she states, has become as important to fashion insiders as elite European fashion hubs such as London, Paris and Milan.

Toronto’s number of sorting warehouses and its location as a shipping access point have contributed to its status as a major player on the used clothing circuit. Apparently, many major international retailers and designers (Topshop, Urban Outfitters, Abercrombie & Fitch, Levi’s, Club Monaco and Joseph Mimran, to name a few) are scouting designs sold in Toronto’s vintage shops as sources of inspiration for their new collections.

According to Plentl, it’s the boutique atmosphere of Toronto vintage shops that sets them apart from the rest. For our part, we’re not surprised that Toronto’s vintage scene is starting to get noticed.