The top 20 under 20 in Toronto: Activists and athletes - TRNTO.com
Skip to content 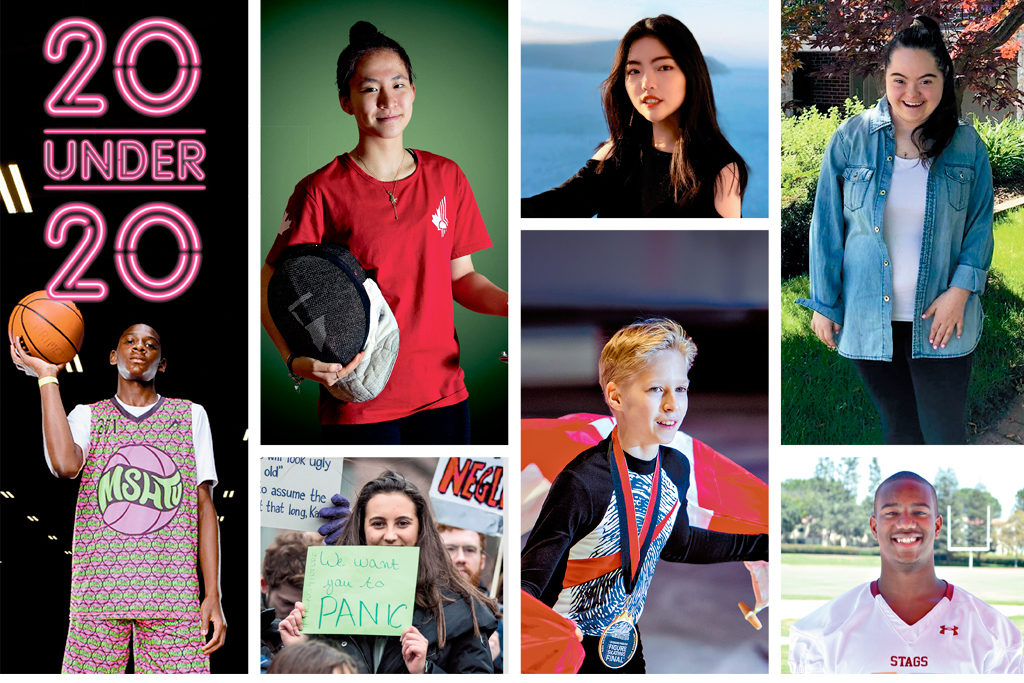 Get to know the most dynamic and innovative young people in Toronto. In part one of our 20 under 20, we take a look at the star athletes and change-making activists in our city. Whether they are chasing an Olympic dream or fighting for gender equality, the environment, adequate sex education and more, these youngsters are the best and brightest that Gen Z has to offer. 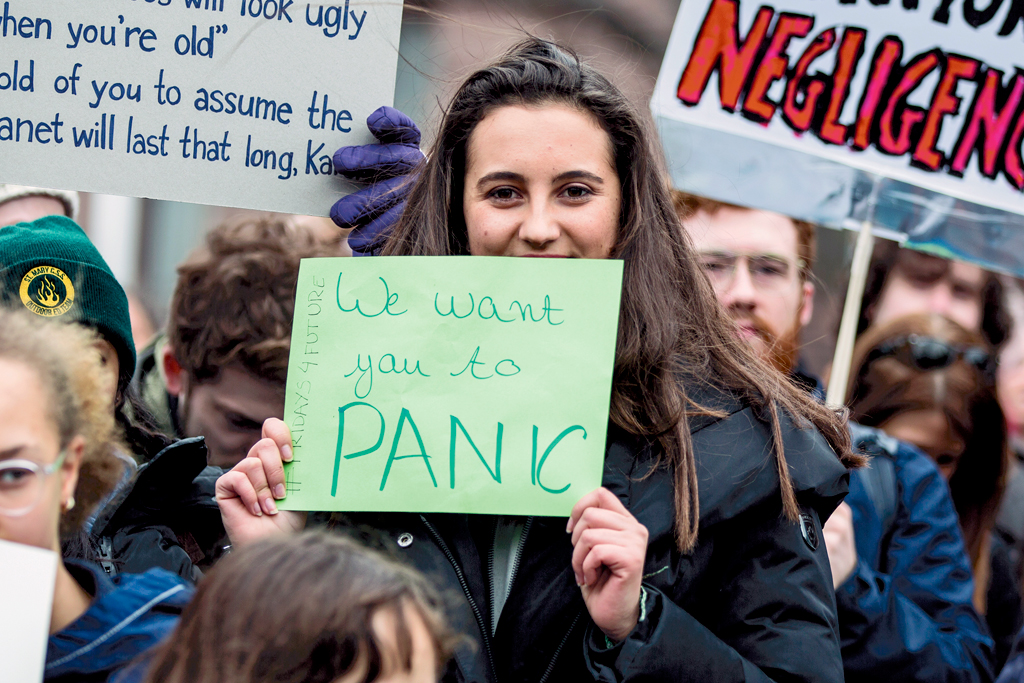 Aliénor (“Allie”) Rougeot has been a climate justice advocate since age 10. It started with simple, yet effective acts: circulating petitions, giving presentations on protecting endangered species and leading campaigns to cut the use of plastic bottles on campus at U of T. Although Rougeot has always felt a strong connection to nature, she eventually came to the realization that climate change affects human rights just as much as it does the environment. “We’re not just fighting because we care about trees, we’re fighting because everything we love, every person we love is at risk here,” says the 20-year-old. As one of the co-ordinators of Fridays for Future Toronto, Rougeot has empowered hundreds of Canadian youth to show their support for climate action through climate strikes across Toronto. Rougeot was also selected to represent Climate Strike Canada at the Smile for Future summit in Lausanne, Switzerland, this past August.
— Nisean Lorde 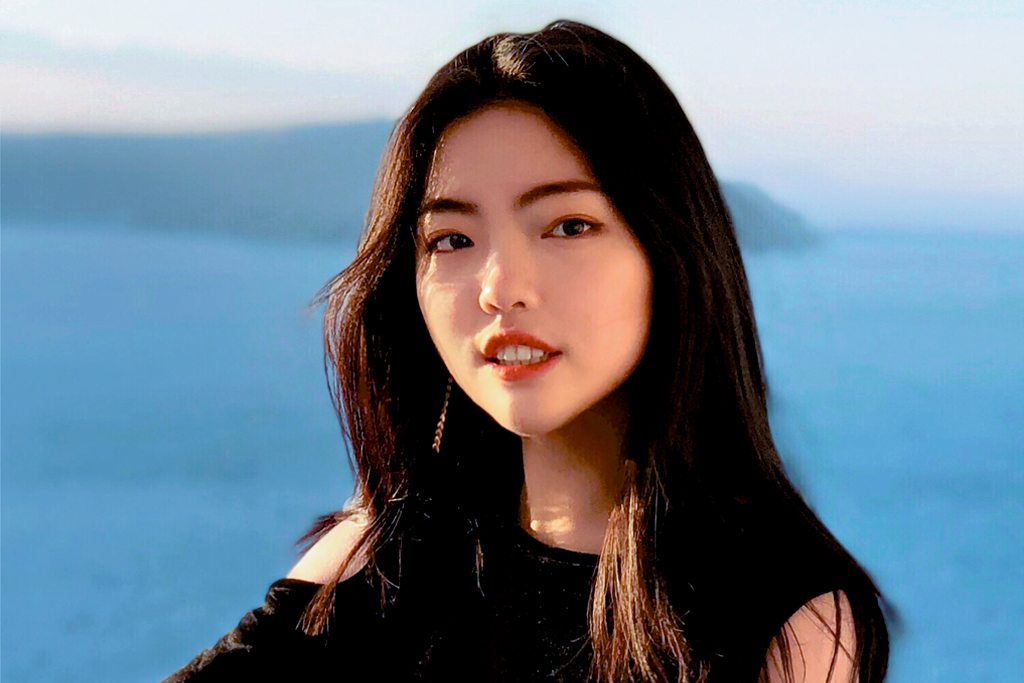 ­When Lilian Chiu embarked on a volunteer service trip to rural India in 2017, she didn’t anticipate it would impact her outlook on gender equality. “I noticed how cases of girls without education are much more prevalent than I imagined. As well, there’s a doubling wage gap between male and female workers,” says Chiu. She returned home and researched gender and how additional factors, such as race and sexual orientation, intersect and form different sources of inequalities. “This recognition assured my determination to advocate for intersectional feminism, and thus initiating Femily,” she says. Femily is an organization that addresses social disparities in the local community through awareness-raising events. Havergal College, Bishop Strachan School and Branksome Hall each have chapters, along with an international chapter in Hong Kong. “We hope that our events, held from a grassroots approach, can promote inclusiveness and keep the discussion around intersectional feminism going.”
— Nikki Gill 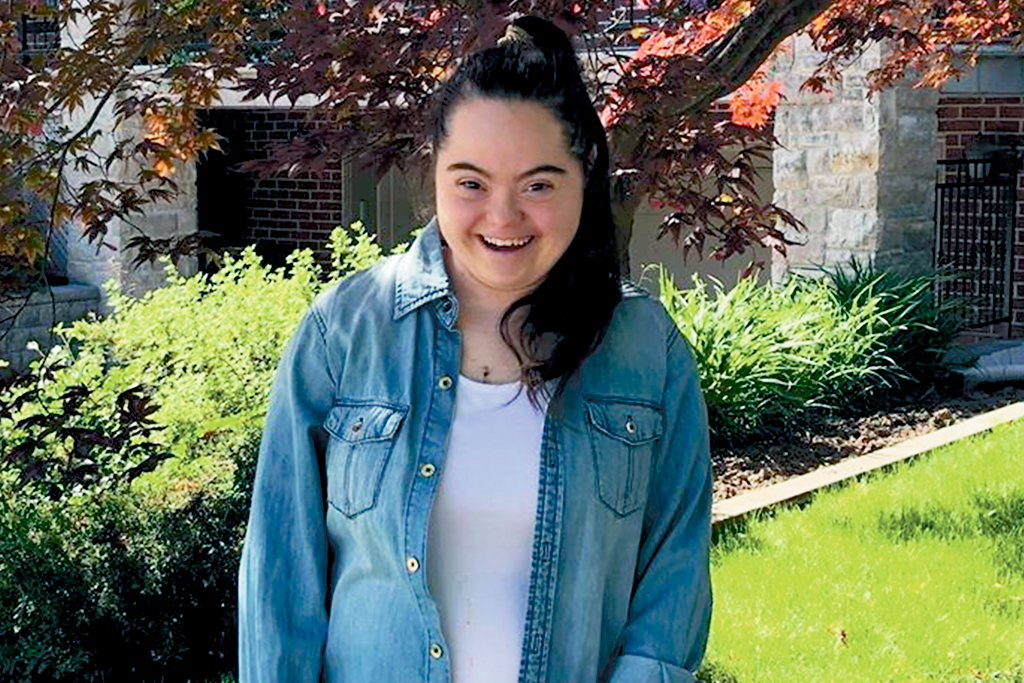 ­Madison Tevlin is a Toronto teen with a viral video on YouTube, a loyal social media following and a spot on a professionally recorded song for the Special Olympics in 2015. She also has Down’s syndrome but as you can see, and she will quickly tell you, it’s the least interesting thing about her. At age 12, she began singing lessons with Marla Joy, a Toronto-based vocal coach, and Tevlin hasn’t looked back. As a requirement of voice lessons, she had to post a video recital at the end of the year. She chose to cover John Legend’s “All of Me.” Within a few weeks, the video had garnered millions of views and the attention of multiple news outlets, with several celebrity shout-outs, including John Legend himself. Making enough sound to hold a song requires a level of exertion and breath control that can be a near impossible task for those with Down’s syndrome, but Tevlin looked those odds straight in the face and nailed her song. Tevlin’s video is now at more than eight million views. She hopes to follow her passions to become an actor and a singer.
— Darcy Streitenfeld 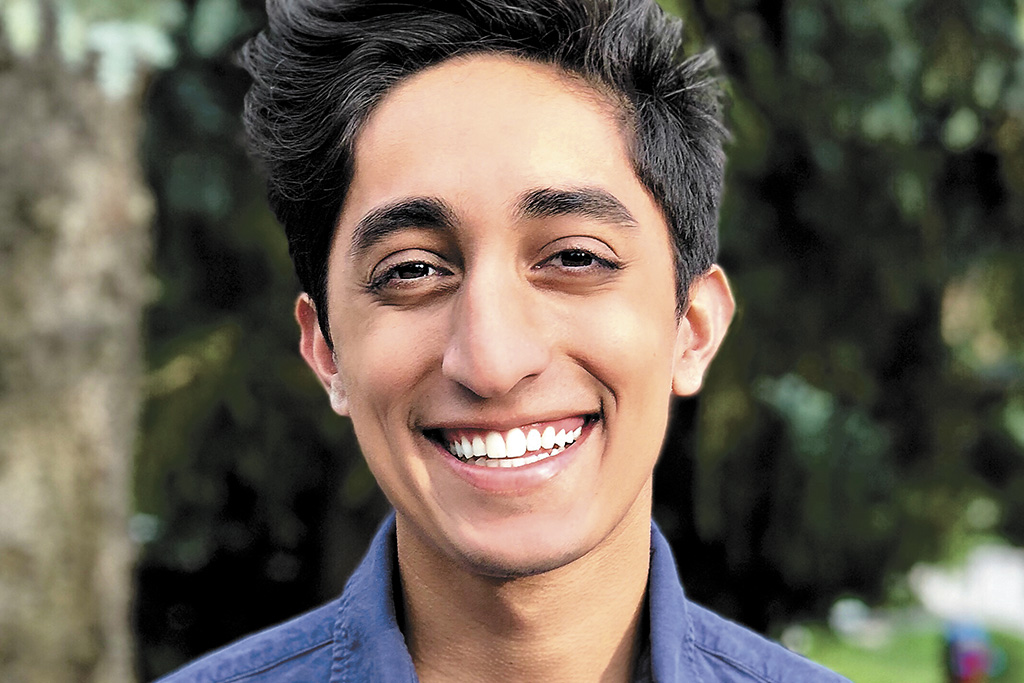 ­While most 11 year-olds are playing Minecraft and scrolling through Instagram, Oakville native Vishal Vijay had a life epiphany on a family trip to northern India. Witnessing a girl around his age begging on the streets in extreme poverty provoked an a-ha moment. “I came back from the trip buzzing with questions. How can this be the case? How can I help? My brother and I knocked on every kid’s door in our neighbourhood asking for help,” says the young philanthropist. The gang of well-to-do tweens would meet in Vijay’s backyard discussing ways to make a difference. Their first bake sale raised just under $400. Now through word of mouth and a general snowball effect, their organization, EveryChildNow (ECN), has become a national non-profit, impacting more than 500,000 kids globally. “Our generation has a genuine interest in social impact,” says Vijay. “Youth won’t wait to make a change. We feel the responsibility now.” Now 18, Vijay is at Western University studying business. “I am constantly trying to develop my skill set to compel my passion project forward.”
— DS 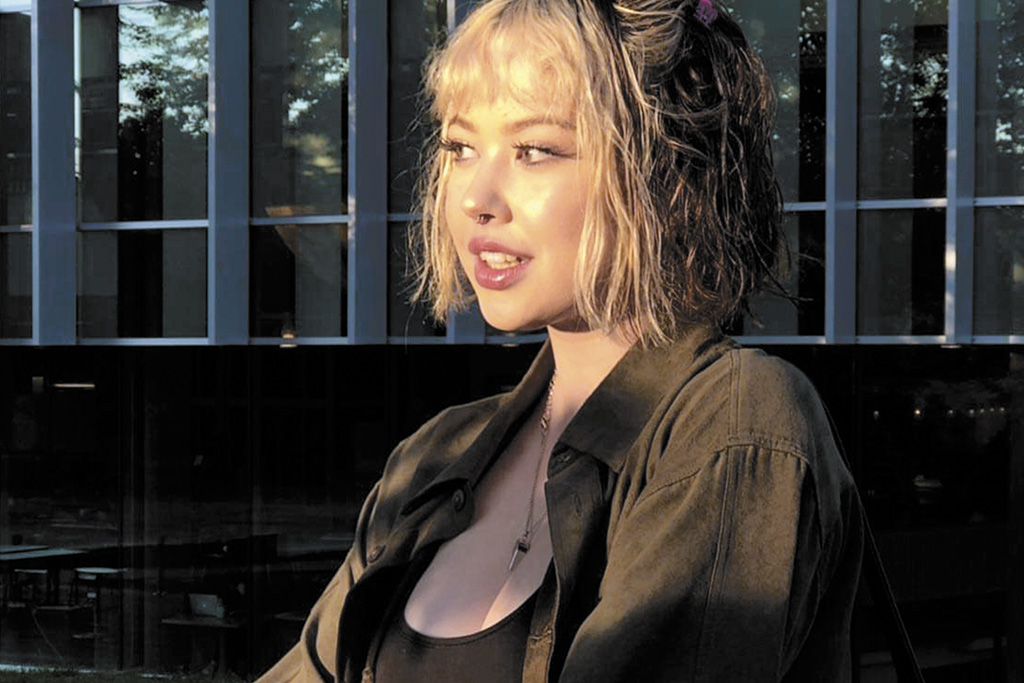 ­When the Ontario government repealed a 2015 rewrite of the sex ed. curriculum, Rayne Fisher-Quann decided to speak up — and encouraged thousands of her peers to do the same. The North York resident, who was16 at the time, organized a province-wide walkout of more than 100,000 high school students. Encouraged by the support, Fisher-Quann co-founded March For Our Education during her last year of high school at William Lyon Mackenzie Collegiate Institute. “Young people are the most powerful force on the planet. We have tools at our disposal that previous generations couldn’t even imagine, and the most important of those is social media,” she said. She now holds workshops to teach people how to effectively use social media. “It’s possible to unite hundreds of thousands of people with the click of a button now, and that’s what we’re seeing happen right before our eyes. We’re using it to change the world.”
— NL

It might seem like a lot for a teen youngster to be considered the future of basketball in Canada. But that’s what happened to Crestwood Prep student Elijah Fisher. Toronto has long been a basketball hotbed, producing top talents on the regular from Andrew Wiggins and Corey Joseph back in the day to Jamal Murray and R. J. Barrett. There will be others, sure, but many are predicting Fisher, who doesn’t graduate high school until 2023, could be the best ever. Still, with coach Ro Russell — who first met Fisher as an undeveloped athlete and put him up against talented high school and college players at his scrimmage sessions in North York — and his parents, friends and mentors at his side, Fisher is as level-headed and hard-working as they come. He knows the opportunity he has, and is determined not to let it go to waste. Although just 14, he’s already excited about suiting up for the Canadian national team next summer.
— Ron Johnson

Imagine that Stephen Gogolev could do for men’s figure skating what Bianca Andreescu did for women’s tennis. The 14-year-old, who skates for the Granite Club in North York and got his start in Thornhill, is a phenom. Gogolev is the 2018–19 Junior Grand Prix Final champion, won silver at the 2019 Canadian Tire National Skating Championships and is a newly anointed member of Skate Canada’s national team. Hard-working, calm under pressure and seemingly in love with his craft, Gogolev exemplifies the kind of maturity required by any elite athlete facing a roller-coaster career. Every superstar is powerful, but going the distance takes grit. At the international Junior Grand Prix held in Lake Placid, N.Y., Gogolev earned a personal best and took second place. However, the pint-sized young man fell twice and so, despite the accolades, seems already to possess a championship pedigree: he wasn’t satisfied.
— Ben Kaplan

­She may not be old enough to drive, but 14-year-old Jessica Guo can feint with the best of ’em. The Toronto resident started fencing at age eight. (She was following in the footsteps of her siblings.) In June, Guo won a silver medal in women’s foil at the Senior Pan American Fencing Championships. Weeks later, Guo made it to the top 16 at the Senior World Championships. She now ranks fifth in the world among cadet foil fencers. And yes, there’s a very real possibility of competing in the Olympics one day, but the Richmond Hiller leads a typical high school life outside of fencing. She attends TFS and wants to become a doctor. Guo also has a young role model she looks up to: Lee Kiefer, the two-time Olympian who in 2009, at the age of 15, was the youngest fencer on the U.S. team. At 14, Guo still has time to catch up. As she told the Canadian Olympic Club (quoting Confucius): “It does not matter how slowly you go, as long as you do not stop.”
— NL 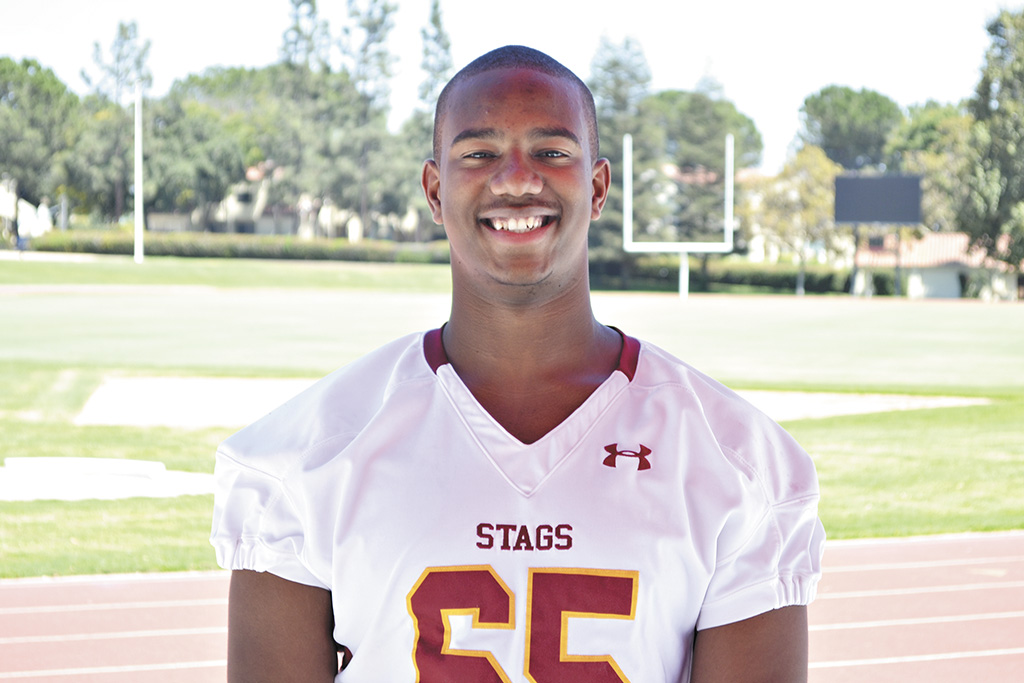 This young Upper Canada College graduate is a special kid. A top football player who was named one of the top 100 prospects in the country three years ago, his talents have extended far beyond the gridiron. He has been involved in everything from the mock trial club to Black Student Affairs to being a Lang Scholar and winning the IB Studies prize in mathematics. After graduating from UCC in 2017, Dacosta headed down to California’s Claremont McKenna College where he is majoring in government. He’s also working as a research assistant at the Rose Institute for Local and State Government. Sure, he’s still playing football, and he’s still very good. But his career ambition is to be a lawyer and taken on pro-bono cases to help underprivileged individuals unable to afford great lawyers. Oh, and he’d like to play in the NFL. We’re excited to see where life takes this smart and talented young man.
— RJ 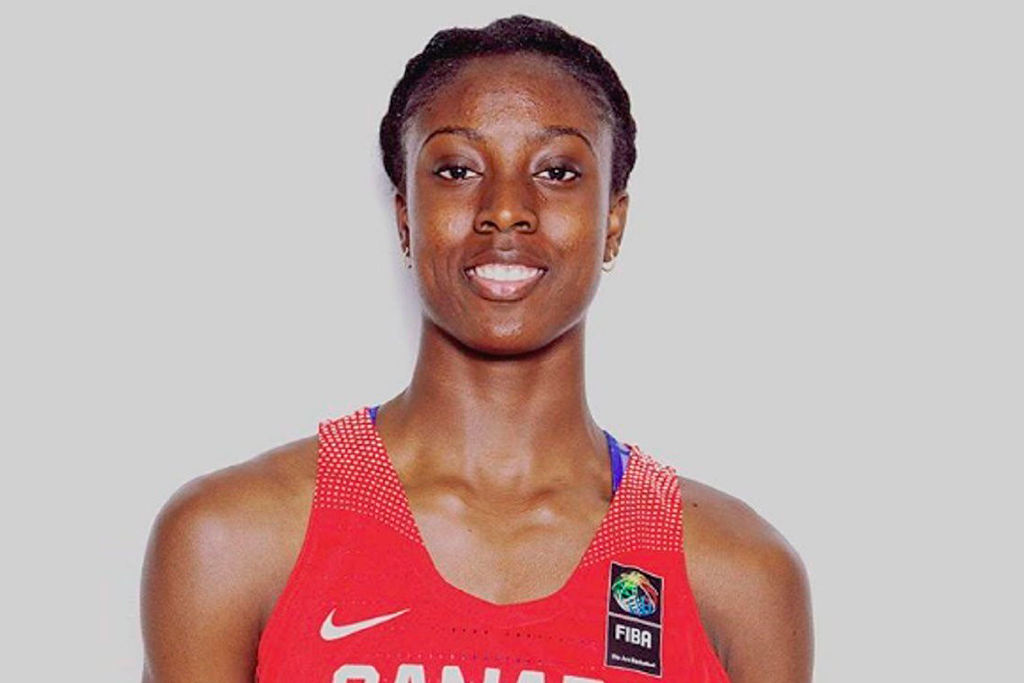 Basketball prodigy Laeticia Amihere is on a full scholarship to the University of South Carolina. ESPN touts her as “explosively athletic” and rates her highly among her 2019 cohort. She has also played for Team Ontario and Team Canada. She is on the road to becoming a WNBA superstar. At a statuesque six foot three, the Milton teen began breaking records at age 15 when she became the first Canadian woman to slam dunk during a competitive game at the 2017 Boo Williams Invitational. The dunk went viral, garnering attention from social media and the sports industry. Even Drake and Shaquille O’Neal offered their nod of approval. “Basketball has been the gateway to my success. It has allowed me to travel the world and see places I would not have been able to visit. It has not only allowed me to make a bond with like-minded people, but as a skinny, tall young lady, it helped me find myself and build confidence,” says Amihere. And although she chose South Carolina as her home for the next four years, winning a gold medal for Canada is one of her goals.
— DS