The top 5 Halloween costumes that could only happen in Toronto | TRNTO.com
Skip to content 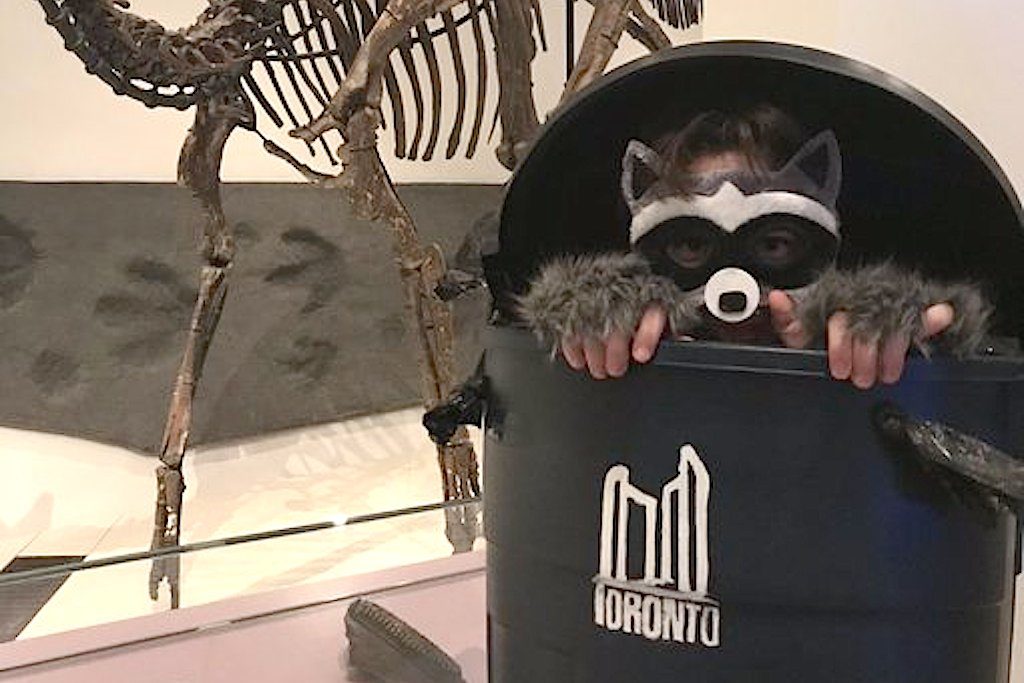 Some of the most epic Halloween costumes are based on inside jokes. And what’s better than an inside joke the whole city is in on? For the lovers of all things Toronto, this lineup is filled with locally-themed costume ideas that hit it out of the park. These five residents have turned their creativity and envy-worthy DIY abilities into Halloween masterpieces.

From iconic brands to our favourite late night trash-eaters, here are five Halloween costumes that will make every Torontonian swoon.

Rob Shostak might be the king of Toronto-based Halloween costumes. This designer has been dressing up as local landmarks for years. From the flooded Toronto islands to the iconic OCAD building to Trinity Bellwoods park, he never fails to deliver inventive local costumes. Stay tuned for Shostak’s 2019 reveal.

Torontonians might not appreciate waking up to garbage strewn all over their lawns, but that doesn’t stop us from secretly loving the trash pandas behind the mess. Over the years, raccoons have become an emblem of the city, the butt of many jokes, and a bang-up Halloween costume idea. This year, comic writer and editor, Stephanie Cooke, takes the cake with her rendition of “Toronto’s favourite trash mascot.”

Plant Guy with a Kawhactus

We’ll never forget the night the Raptors won the NBA Championship. Dressed as Plant Guy with a “Kawhactus” in hand, Global News reporter Minna Rhee has captured the city’s proudest moment of the year. “I found a #kawhactus of my own,” Rhee offers by way of an understatement in her caption.

No roundup of Toronto-themed costumes from 2019 would be complete without an appearance from Chair Girl. You know, the unremorseful would-be celebrity caught on video throwing a chair off a condo balcony onto the Gardiner Expressway back in February. Rob Duckworth’s take on the sordid affair was posted to Reddit a few days ago and has received glowing reviews.

Recognized for its basic black-on-pantone yellow packaging, the No Name brand has marked Toronto with its semi-ironic marketing campaign sprawled in subway stations, taxi cabs, and buildings across the city. You know a brand has hit the mark when it’s graphic system is turned into a Halloween costume. The Toronto artist behind the costume added the well-known sans serif font to a yellow morph suit and won Halloween before it even began.