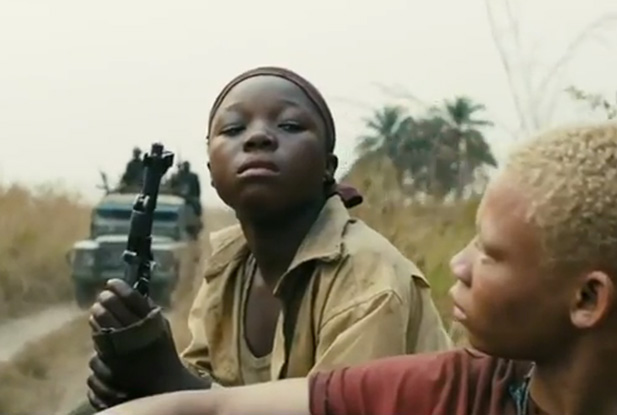 The inaugural Toronto Black Film Festival kicks off Wednesday with a slate of feature films, shorts and documentaries in tribute to Black History Month and, of course, quality filmmaking. The festival has a wide variety of themes to showcase, but we liked the flicks that follow youth in Africa best. Here are our top picks.

Set against the backdrop of Nairobi, a populous city of both opportunity and despair, David ‘Tosh’ Gitonga tells a familiar story of youthful idealism impugned by the harsh realities of life. Joseph Wairimu is the charming young George Mwas, dewy-eyed with a bright smile, who is led to the city where his dreams of being an actor can be realized. Robbed and thrown in jail, Mwas soon finds opportunity in both the world of crime and college, but he gets in over his head.
Feb. 13, TIFF Bell Lightbox, 7 p.m. $15

Previously shown at TIFF, this film by Canadian filmmaker Kim Nguyen presents a melancholic and beautiful story of youthful innocence tarnished through war. Rachel Mwanza is captivating as the 14-year-old Komona, a girl kidnapped by rebels following the murder of her parents. From its staggeringly powerful open, the film slowly transforms — not unlike its female lead, Komona, who, despite some unusual powers, meets a boy her age and has the opportunity to still be a child. As told to her own unborn child, Komona’s story of her time with the rebels is unforgettable.
Feb. 14, Carlton Cinema, 5 p.m. $10

Another film with an uncanny ability to seamlessly switch between the funny and the grave, this Danish entry highlights the stark contrasts of life between the rich and the poor in Kenya. While visiting his birth country with his adoptive parents, young Simon loses his prized soccer ball over a fence, and his trek to get it back takes him to the nearby slums. His carefree nature still remains while he plays with a group of kids, but corruption and danger are not far behind. Vibeke Muasya’s drama is effectively unnerving yet enchanting. A great performance by its young lead carries the film, but an impressive supporting role by Lars Mikkelsen as his father makes you care about the family from the start, and it keeps the film grounded in emotion.
Feb. 15, Carlton Cinema, 7 p.m. $10

Back to Square One

Now for something different entirely: this genre-bending French film is funny, fantastical and very charming. Reminiscent of last year’s brilliant The Intouchables, we find an anti-hero in Joel, recently released from prison for petty theft, who insists that all his problems are due to racism (hint: it may be his laziness). His half-brother Regis is the yin to his yang (or white to his black), but when they ignore a significant gesture from their dying father, Regis and Joel are punished by their mystic aunt, who sends them back in time to the age of slavery. The premise is one that would probably be ruined by Hollywood, but the French make it work with better jokes, pacing and likable characters. This slavery comedy may not be better than Django Unchained, but at least it’s shorter.
Feb. 16, Royal Cinema, 7 p.m. $10