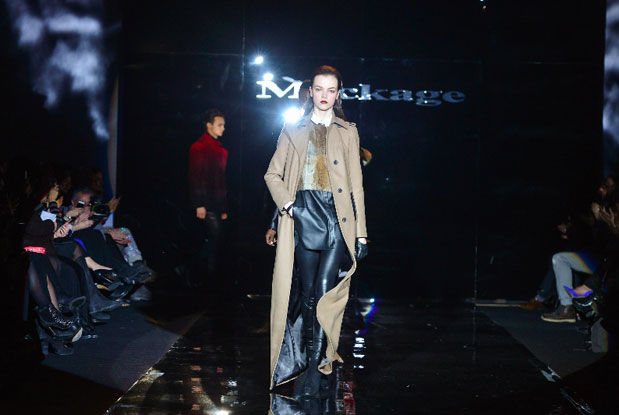 Day three was a big one, with Matis, Ashtiani, Korhani Home, Mackage and Joe Fresh jam-packing the schedule.

Lucian Matis’ secondary line was up first, with the Bustle family, complete with two adorable tots, taking in the scene from the front row. The designer played it safe for fall — though half the time the assortment of colourful prints had us thinking it was spring. As a whole, nothing was particularly noteworthy, and the collection failed to tell a story, progressing from the aforementioned prints to black knits to a set of plaid looks done in navy and hunter green. The final look — a floor-length plaid dress with puffed sleeves to boot — brought SNL’s Mary Katherine Gallagher to mind. With any luck, the talented designer has kept his creativity reserved for Friday’s showing of his main line. 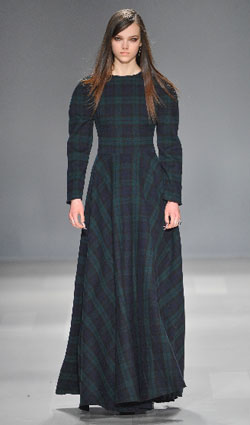 Next, the fashion crowd crammed into the smaller studio space to take in designer Golnaz Ashtiani’s vision for fall. The young designer showed a series of futuristic looks that juxtaposed various fabrics while playing around with geometry. A burgundy wool cape with a winged back and patent leather shoulder details was a standout, much like a navy dress that matched sheer silk organza with silk velvet. Pieces done with a geometric lace were innovative, and the royal blue and mustard fur clutches were a riot. There were a few issues with cuts; some fabrics worked well together, while others — like the knits with velvet — less so. Overall however, Ashtiani is challenging herself and putting forth intriguing collections that certainly make her one to watch. 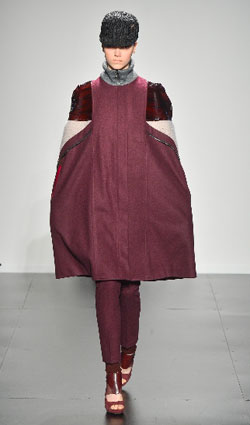 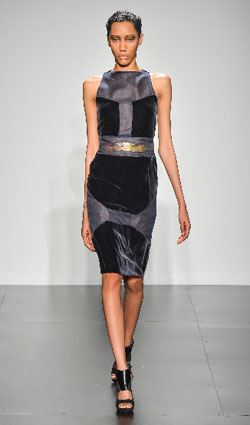 Korhani Home is always a great show to take in, thanks to their no-holds-barred approach. This time around, the home and décor company’s presentation began with models storming down the runway in a series of dramatically melancholic looks. Aubergine-coloured carpets were transformed into hulking robes and topped with masses of hair that would do both Tim Burton and Robert Smith proud. Moody moment aside, Korhani turned to the ’30s — where feathered and bejewelled turbans accented taupe-coloured carpets — and the ’70s, with models outfitted in colour-blocked cheongsams. There was, however, something missing from the presentation: live animals. Where were the parrots, the pigs and the rabbits from seasons past? 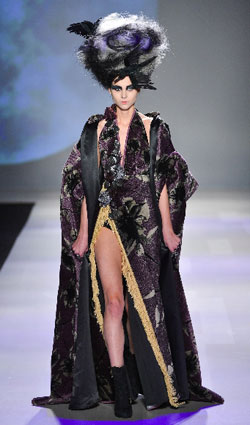 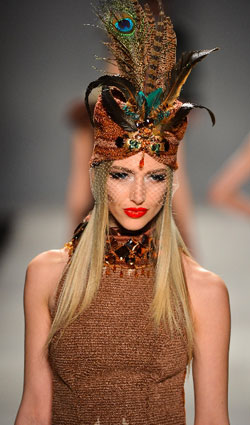 At Mackage, the audience was politely informed that stepping on the shiny black runway was a no-no. With everyone cautiously seated, the first model appeared, dressed in a black leather perfecto, the core of which was merlot ombré fur. The outerwear label, designed by Eran Elfassy and Elisa Dahan, continued on in this darkly urban vein, putting forth seemingly endless covetable coats: for men, a lumberjack check jacket with a leather collar and down-filled sleeves; for the ladies, a wool teal number with an exaggerated collar lined with luxe black fur. This season saw the debut of their handbag collection, with boxy backpacks and two-tone purses successfully anchoring each look. Another excellent collection from Mackage. 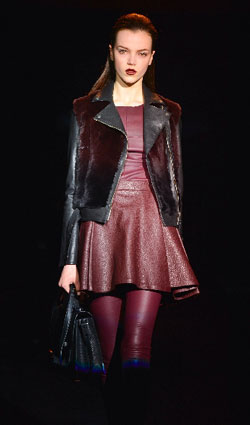 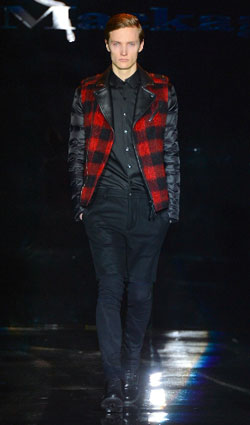 The day came to an end with the hot-ticket event the week: Joe Fresh. Jorn Weisbrodt, W. Bruce C. Bailey, Evan Biddell, Jian Ghomeshi and, of course, Kimberley Newport-Mimran filled out the front row as commoners craned their necks from afar. As French tunes played overhead, the show opened with an androgynous model dressed in black and white, a visual affair that continued for the entirety of the collection. Joe Mimran appeared to have gotten the wig memo from his wife, as his models wore punk-lite tousled brown shags. The ’70s punk look — shot with a Parisian sensibility — saw studs cropping up on velvet pants and dotting jean shirts. Everyone oohed and aahed over one white jacket in particular, which will surely fly off shelves, but really this just conjured up visions of Balmain — only a few seasons too late. Chanel was also referenced, with takes on the iconic jackets shown as models arms were dolled up with faux-tats reading “je t’aime” and such. With approximately 60 looks paraded out, the collection offered up a bit of something for everyone in classic Joe Fresh style. 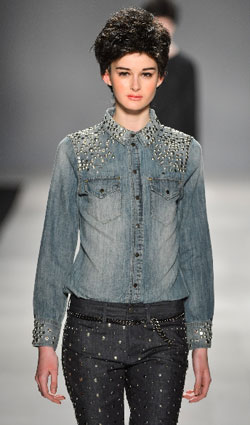 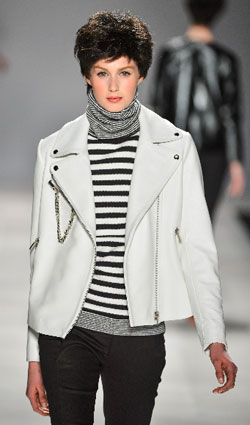