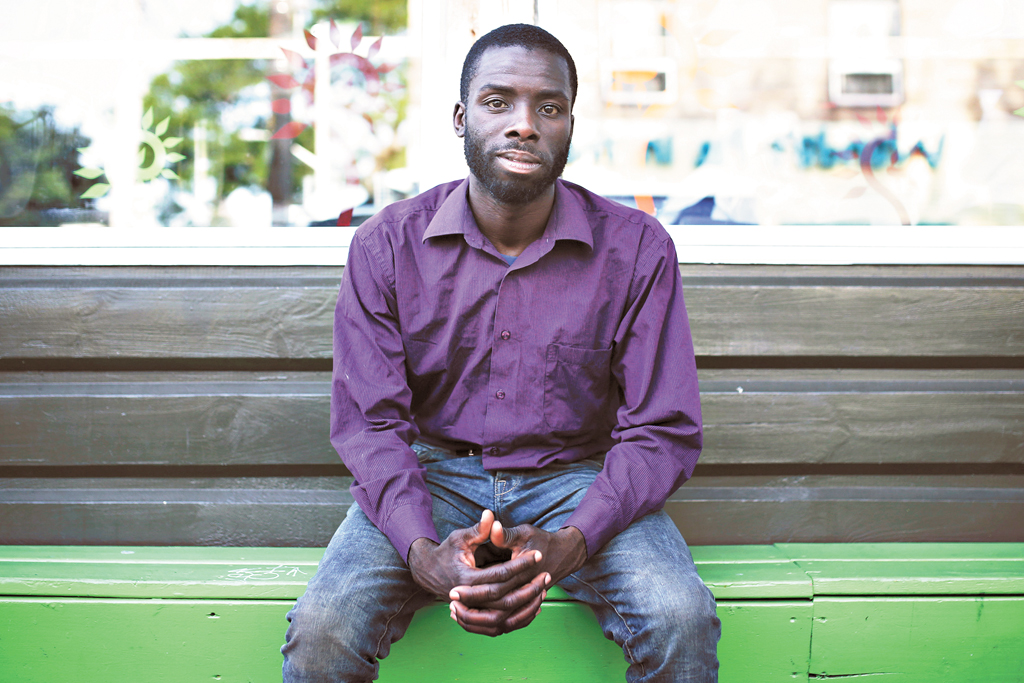 Kyle Lowry of the Raptors makes the case for the relevance of professional sports. Basketball is important, he argues, but so are the social changes needed right now. The team has taken this to heart, and instead of players’ names on jerseys, each has a social change they are championing. On the back of Lowry’s jersey is the phrase “Reform Education.” Coach Nick Nurse sports a shirt that reads “Vote.” The team bus is emblazoned with “Black Lives Matter.”

This resurgence of sports, from the Raptors to the Blue Jays, leads me to suggest a dream team that could be tasked with creating a new agenda for policing in Toronto. A dream team will help us visualize real change. For this meaningful exercise, we can use baseball.

The pitcher must know where home plate is, read hitters well and mix up the pitches. That would be Sandy Hudson. She is a leader of the Black Lives Matter movement in Toronto, and she is an all-star.

The catcher must be solid and reliable, able to read what’s happening with runners on base and deal with the occasional wild pitch. He’ll also have to negotiate with the umpire about close calls. Anthony Morgan is the man. He’s a lawyer and manages the city’s Confronting Anti-Black Racism Unit.

The guy on first base doesn’t have to be flashy. He can’t bobble the ball and must be ready to stretch arms and legs to get the runner out. I would choose Alan Heisey in that position. He chaired the Toronto Police Services Board a decade ago and successfully challenged the Toronto Police Association when it was endorsing political candidates in contravention of provincial regulations.

Second base needs a figure who moves quickly to scoop up balls for double plays. Tiffany Ford fills that role: a former school trustee from Jane-Finch and a candidate for city council in 2018 until Premier Doug Ford unilaterally reduced the number of wards from 47 to 25. She’s fast on her feet.

A good shortstop needs a strong throwing arm, the ability to run backwards to catch mid-range fly balls and to jump for line drives. Cindy Blackstock is the person. She’s been persistent in trying to get governments to provide funding for each Indigenous child equal to what other kids in Canada receive.

Third base demands someone exciting and out there who can charge the batter to pick up a bunt or rush over to the foul line to prevent a ball from going for extra bases. Desmond Cole fits the bill. His Toronto Life article documenting the 50 or more times he has been stopped and carded by police for no good reason was key to ending carding in Ontario. His recent book, The Skin We’re In, is a bestseller.

Right field: there are a lot of people who play in right field. The key is finding a team player who is also a good hitter and who can track high fly balls. Let’s choose Rod Phillips, the finance minister of Ontario, one of the few reasonable people in Premier Ford’s cabinet.

Left field is easier. Bev Salmon, the first Black woman to be elected to Toronto City Council and experienced in advocating for change, is a perfect fit.

Centre field needs a woman of privilege who has engaged in serious learning about her own biases and about the oppression of Black people. We need this crucial experience on the team. I suggest Liz Rykert, who headed up the Toronto District School Board’s enhancing equity task force. Yes, I am married to her, but I think she’s a good fit.

The coach? Howard Green, a former senior federal civil servant with Indigenous roots and a wise perspective on life. He was the government’s chief negotiator of the Kelowna Accord with First Nations, an extraordinary initiative, which fell by the wayside when the NDP decided to bring down the Paul Martin government.

There’s the dream team that could help us achieve a new vision for policing in Toronto.