Everything you need to know about the Toronto Raptors big week | TRNTO.com
Skip to content 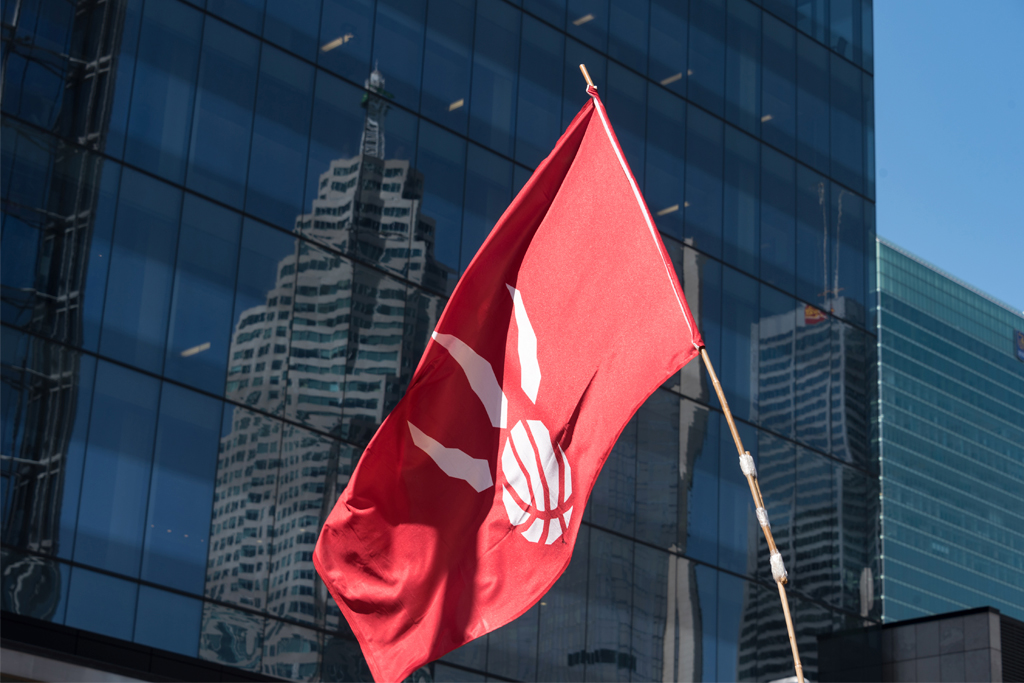 It’s been a rollercoaster week for fans of the hometown Toronto Raptors as the team bid farewell to the greatest player in team history, welcomed what could be the player of the future, and confirmed the architect of the team’s one-and-only championship is here to stay. For those who can’t keep up with the flurry of activity, here is everything you need to know.

The heart and soul

Kyle Lowry has been the team’s most popular player, its heart and soul for nine seasons. No matter the ups and downs of the team, fans could always count on Lowry. That changed last week when Lowry announced via social media that he had joined the Miami Heat to play alongside his good friend Jimmy Butler and vie for another championship.

It was Lowry who led to team to the top of the mountain, playing alongside Demar Derozan as the team became a perennial contender, and then with Kawhi Leonard in 2019 to secure the NBA Championship. Beyond that, Lowry has been vocal and upfront about his love of the city and its fans, and that’s rare and wonderful and we loved him for it and for his tireless lunch-bucket work ethic and skills.

The team is ready for a rebuild with a solid young core in place. It was time. Fred VanVleet, OG, Siakam, and the crew need to show they can take the next step, and the Lowry security blanket has now been yanked. So, it’s up to them.

Coming over in Lowry sign-and-trade are strapping young power forward Precious Achiuwa and savvy veteran point guard Goran Dragic. The team is currently in negotiations to move Dragic to a third team and get assets in return but the real gem in this deal is Achiuwa who could solidify the middle for the Raptors for years to come.

“We will win in Toronto.”

Most people were skeptical when he first said those words. But after 8 years, 7 winning seasons & an NBA championship, Masai Ujiri is the man to steer the Raptors into a new era. Now he’ll get the chance to try & do it all again: https://t.co/rwVpNEbntJ pic.twitter.com/8269IBB9hg

There were two massive questions facing the team this year, one was what would Kyle Lowry do, and the other was the fate of the team’s GM Masai Ujiri.

A few days following the news of Lowry, fans breathed a massive sigh of collective relief with the announcement that Ujiri would not only stay with the team, but he would have an even greater hand in its future taking on the new role of vice-chairman and president of basketball operations.

Ujiri is all class and an incredible basketball mind who was faced with likely countless offers for his services before returning to the Raptors and pledging emphatically, “We will win in Toronto.”

Last week, with a rare high draft pick considering the team’s long record of success, the Toronto Raptors made a bit of a surprise selection selecting Scottie Barnes ahead of Jalen Suggs, seen as a more NBA-ready player.

Although that surprised some fans, those in the know understand that Ujiri and his team always look for more than just the fastest route to success. They look for character, for long-term success, for massive upside.

Scottie Barnes was projected to go in the top six, so it’s not a wild pick. He’s also a defense-first player that can play and guard every position. The type of player that defines the future of the NBA.

This week Barnes showed how happy he is to be in the city as evidenced by video clips of the young Floridian interacting with fans around town.

He is the type of player Raptors fans love in terms of his work ethic and defense, with an explosive offensive upside that could make him a future star in this league. And with the team’s incredible development team already working with Barners, the future is bright indeed.

The team also selected Dalano Banton in the second round, a Toronto native, who becomes the first Canadian ever drafted by the Raptors.

As NBA free agency opened, and big-name players swapped teams, including Kyle Lowry, the Toronto Raptors did more releasing of players than signing.

But the team secured the services of two important free agents that had a big impact on the team during the second half of last season.

Gary Trent Jr., a restricted free agent who came over to the team from Portland for Norm Powell, meshed fairly well with the team, displaying solid defense and flashes of offense brilliance. Trent Jr. is returning to the team and will work towards making those flashes more permanent. A solid young player with serious potential.

The other is Montreal-native Khem Birch. The lanky centre came over to the team following four seasons with the Orlando Magic and played very well. But, he played very well alongside one of the best passers and pick-and-roll artists in the game in Lowry. Fred VanVleet is a capable point guard but doesn’t have the same pick-and-roll pop as Lowry. So this will be interesting.

Gone are a few popular players and some that fans were happy to see leave town. Gone are DeAndre’ Bembry, Paul Watson Jr., and much-maligned Aussie big man Aaron Baynes.

Likely staying with the team are Yuta Watanabe, and so far, Chris Boucher and a few players on conditional deals. Stanley Johnson, a sturdy defender who proved a capable bench player at times last season, remains unsigned.

The Kings are reportedly interested in a Pascal Siakam trade. 👀 pic.twitter.com/2drbF2dWJS

The one outstanding issue that could crop up for the team is a potential Pascal Siakam trade.

The rumours are coming fast and furious that PSkills could be swapped to any number of teams with the frontrunners being the Sacramento Kings and the Philadelphia 76ers.

But, if we’ve learned anything from Ujiri, we know he will take his time, and this could all just be hype.

After Siakam and the team’s season last year, we are sure he’s eager to prove the doubters wrong and have a big comeback campaign this season. He has the potential to be an all-star, and if the team is going to be competitive this season, a return to form for Siakam could be the key.

The NBA’s summer league begins this weekend with young Raptors players Flynn, Gillespie, and rookies Barnes and Banton in action.