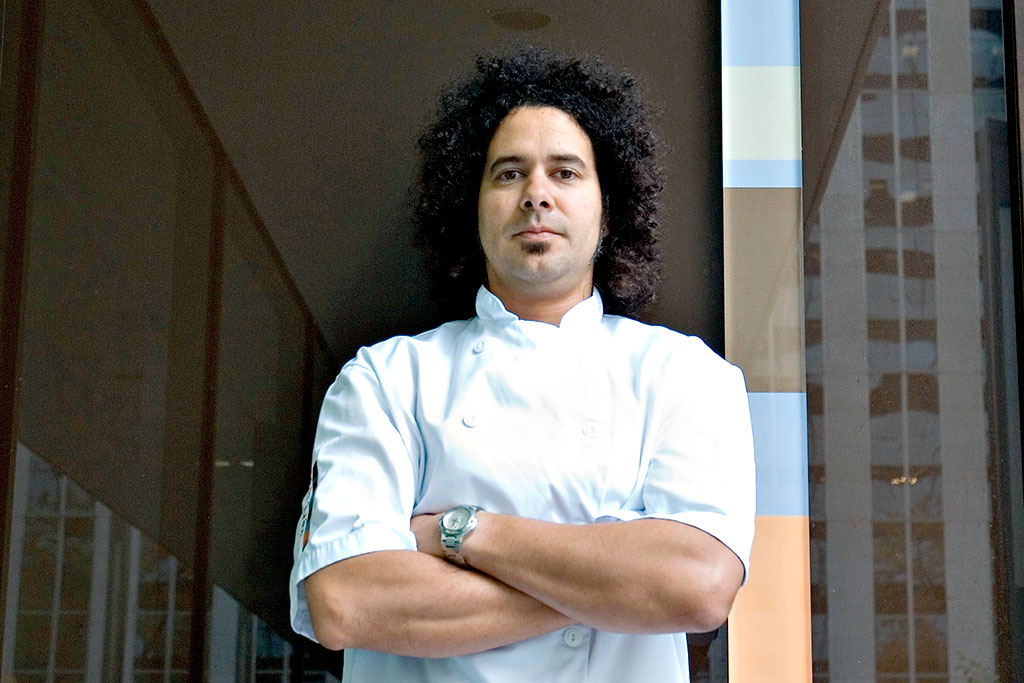 Toronto continues to produce fantastic restaurants helmed by visionary chefs. But it is a merciless business, and sometimes even the best of the best lose momentum. We decided to look up some of the leading chefs who changed dining in this city over the past two decades, to see where they are now.

Chef Didier Leroy is only one of five master chefs in Canada recognized by some of the world’s best chefs for maintaining the art of French cooking and techniques.

Didier did a five-year run as executive chef at the Fifth that ended in 2002 and two years later opened his landmark eponymous bistro at Yonge and St. Clair. Here, chef served up his flawless soufflés and signature beef tartare for a decade. It left a gaping hole in the midtown culinary scene when it closed its doors.

Today, Didier has returned to where it all began: in the kitchen at the Fifth & Terrace. This time he’s designed a beautiful, seasonal menu, offering his contemporary take on French classics. And, of course, beef tartare has its rightful place on the menu.

In 2011, Keriwa Café was chef Bear Robe’s debut, showcasing his roots using traditional Indigenous ingredients and techniques. It was the first restaurant in the city to focus solely on Indigenous cuisine, and was far ahead of its time.

After only two years Keriwa Café gained nationwide respect, including being named one of Canada’s best new restaurants by enRoute. Once the restaurant was hit with some major flooding, Bear Robe saw this as an opportunity to start his new venture.

Today, he is the managing partner and executive chef at the Wine Academy. The exclusive members-only social club is designed for hosting private soirees, wine tasting, sommelier consulting and, of course, storing wines safely in a temperature-controlled zone.

Delux on Ossington was the go-to spot in 2008 with its limited but simple and authentic menu. Suddenly everyone was in love with Cuban food.

After more than six years, the owners were ready for a change, and their chef Leah Marshall Hannon went with them. Together they opened up a mini-chain of La Cubana restaurants, where they serve a proper post-hangover Cuban breakfast.

It has been almost 15 years since chef Rod Bowers burst onto the city’s culinary map with the opening of his first bistro, Rosebud. The tiny eatery was beloved by critics, and so was Bowers, with his East Coast charm. He went on to open the Citizen and then Hey Meatball.

Bowers has also made many TV appearances as a guest chef on morning shows. His days at the helm of his own restaurants seem to be behind the jovial chef, at least for now.

Currently, Bowers is culinary arts professor and co-ordinator for the food media program at Centennial College.

Years ago, when local food and this little rural swatch of paradise called Prince Edward County were just twinkles in a young hipster foodie’s eye, chef Michael Potters was busily creating delicious menus to coincide with seasonal produce at his acclaimed restaurant Harvest in P.E.C.

To say he was ahead of the curve is an understatement.

Since the restaurant closed, a slew of fancy city foodies have set up shop in the area and turned it into a culinary mecca.

Although Potters travelled to some other locales following the closure of Harvest, he is back in P.E.C. at a new event venue called the Cape, located in a gorgeous historic mansion.

As soon as he finished high school, he started cooking. After some time at the Windsor Arms hotel and cooking school at George Brown, in 1980 he found himself in the Scaramouche kitchen alongside another notable chef: Michael Stadtländer. From there, Kennedy redefined casual fine dining in the city with his unique take on local ingredients prepared with flawless technique at such restaurants as Jamie Kennedy Wine Bar. Such was his influence that the chef was even named to the Order of Canada in 2010.

After his final restaurant in Toronto closed, the cute and offbeat Gilead Café, Kennedy moved to Prince Edward County permanently. Here, he established a farm where he continues the next stage of his culinary journey. Sure, we can still get our fix of JK Fries at local farmers markets. He consults, he has cookbooks, he caters. He never went too far.

Chef Tawfik Shehata was a young hotshot chef 15 years ago working in all the best spots from Scaramouche to Auberge du Pommier but especially Vertical, where he helped establish the locavore trend in the city.

He was named one of the top 10 new chefs in Canada by enRoute.

But after the Bowery closed up shop back in 2012, Shehata ditched the restaurant scene to become the executive chef of the International Centre.

He still appears on TV, teaches and does talks in addition to his rather sizable duties overseeing the massive food operations at the International Centre.

Chef Rubino and his front-of-the-house brother Michael owned some of the most important restaurants in the city in the late ’90s and early 2000s such as ZooM Caffe & Bar and Rain.

In addition to pushing the envelope on the city’s culinary scene and introducing diners to new flavours and styles, the kitchen also kickstarted the careers of many notable chefs such as Brandon Olsen.

The Rubinos have been out of the T.O. restaurant scene for years, but, they didn’t stray far. The brothers are two of the seven co-founders of vertical farming company We The Roots, which uses space tech to grow luscious greens used in many of the city’s top restaurants.