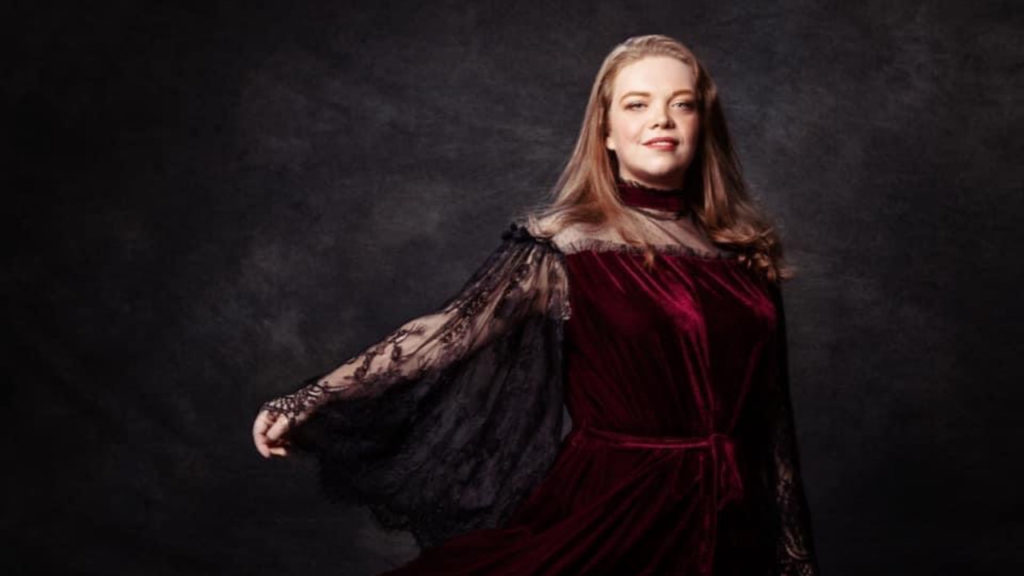 Lauren Margison was just eight when she appeared in a Canadian Opera Company production of La Boheme, resulting in an invitation to make an appearance on The Tonight Show starring Jay Leno. But the soprano says it took her a while to realize that opera could be her true calling.

Even before Margison began performing extensively to audiences across Canada and internationally, she had opera running through her blood. Born to tenor Richard Margison and violinist and opera director Valerie Kuinka, it’s no surprise that she followed in their footsteps and similarly found love for the art.

“It felt more like joining a family business than anything else,” Margison says, although she points out her parents never pushed her toward a career in music.

Although Margison was always passionate about music, she didn’t begin her professional musical journey in opera. While attending Yonge and St. Clair’s Linden High School, she was focused mainly on pop music and jazz and was even part of a Toronto jazz group called the Real Divas.

“I had this itch toward classical music that I had yet to allow myself to scratch because there’s also that feeling that I didn’t want to be constantly trying to make a career in the shadow of my father.”

Margison wanted to know she was good enough to stand on her own feet and felt that to do so she had to find a genre separate from her father.  “But I finally bit the bullet and realized that opera is just so much fun.”

Although she realized that opera was her calling as a teenager, Margison didn’t pursue it professionally until her mid-20s.  “The thing about opera is you need to let your voice mature.”

Since then, Margison was one of four singers chosen to perform the music of Gordon Lightfoot for Gordon Lightfoot at the 2011 Lifetime Achievement Heart and Vision Awards ceremony and concert and was a featured soloist on the Citytv Christmas Carol Sing, among other major accomplishments.

For Margison, it’s the stories of opera that drew her in so much.

“I like that connection that you feel with the singer when there’s no microphone and you hear their voice, and it fills the hall, and you think, ‘How on Earth can they do that?’ It’s just incredible. And I just always wanted to be able to do that and experience that.”

“The story is so romantic and the music itself is unbelievably beautiful. The cast all got along well, and we became like a little family, and I have nothing but happy memories of that time.”