This princess packs a punch - TRNTO.com
Skip to content 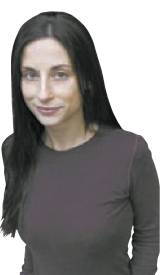 “You don’t look crazy!” I announce, upon meeting my private self-defence instructor and welcoming him into my home. I had next to no information about my instructor, except that he was the proprietor of something called Crazy Bob’s House of Death and that he went by Crazy Bob.

I HAD IMAGINED a beefier, tattooed dude, who looked like a bouncer at a nightclub or a bodyguard for Britney Spears. The man standing in front of me had a broad smile, a laid-back attitude and not one tattoo or piercing to be seen.

Crazy Bob is tall (6’ 3”) and lean (175 pounds) and looks more like a college-bound student of philosophy than a man who has taught hand-to-hand combat for 10 years. He trained for his first degree black belt in combat jiu-jitsu and has a black belt in tae kwon do.

I tell Crazy Bob I was a little worried based on his website. “You know, the skeleton thing?” I explain.

“But it’s a laughing skeleton,” he says, with a big smile. That’s what makes Crazy Bob’s House of Death so interesting. Crazy Bob may be a fighting expert, but he also has a sense of humour.

“It’s a little different from your typical martial arts place. We don’t take ourselves too seriously. What we do take seriously is providing excellent combat training,” says Bob. “Striking, submissions, takedowns, ground fighting, weapon disarming, multiple attacking defence, anything you need to know about fighting, minus the macho attitude, with a little humour thrown in to keep it light.”

The third question out of my mouth is, “Could you kill me right now?” (I know. I should have at least offered him a glass of water first.)

I try to get information out of Crazy Bob about his background, but he’s very private. I feel lucky to learn he’s 30 and became interested in martial arts as a teenager after studying American psychologist Abraham Maslow’s work.

Crazy Bob never wanted to live under a threat of violence, so that’s why he took up mastering fighting.

Psychology does play a large part in fighting. He says most bar or schoolyard fights happen because one man doesn’t want to give up because of his ego.

“Kick him in the nuts,” says Crazy Bob. “That way he can at least go back to his friends and say, ‘He fights dirty.’ You want to give them a reason to give up.”

Crazy Bob has brought along props including a rubber gun and a rubber knife, both that scare me just looking at them. He teaches me that, along with the groin area, the other most important thing to know is how to head butt. (I cannot overestimate the importance of hurting someone in the groin area when it comes to self-defence!)

“Everyone should know how to do a head butt,” he says. “That’s basic.”

It’s not like in the movies, he explains. To do a proper head butt, you should look at your attacker’s chin, so your hairline really hits them in the nose area. Ideally, you should head butt multiple times while grabbing the attacker’s neck and bringing it to your head.

I also learned that it’s easier to fight off someone with a gun than someone with a knife. Holding the fake gun to my head from behind me, he explains that I can grab the forearm, and all I have to do is turn the gun in any other direction but at me (while also kicking in the groin). A knife, however, is sharp all over and harder to grab. If someone is coming toward you with a knife, you grab that arm like it’s a sandwich, with two hands, and try to wrestle it away. How? You guessed it, knee to the groin!

“For self-defence for someone like you, it’s always about head butts and the nuts,” he says. “Part of the reason is that it is ingrained in men that that place hurts the most, and so they will go down.” I learn that punching someone in the jaw is the best place because “punching someone in the jaw causes the jaw to crush the hypoglossal nerve, as well as causing the brain to ricochet off the inside of the skull.” Crazy Bob teaches “usable” skills and has clients who have started in their 40s, even 60s.

“It’s not about learning to be tough. What does ‘tough’ mean? It just means you can take a beating,” he says.“If you call me up and say you got into a fight last night and you’re raging mad and say you want to learn to fight, you’re not for us.”

What learning self-defence or fighting does, he says, is it empowers people.

I ask what to do if someone breaks in and I’m home. He asks what would I want out of it. “I would want to get out alive. They can take anything,” I tell him.

“In that case, I’d run into your master bathroom, lock yourself in. You should always have a locked room you can go to and a phone available.”

I ask him I what it feels like to know he can protect himself and others at all times.

“Well, I don’t walk around the streets like Batman,” he says, again with a smile. “But my classes sure are fun.”