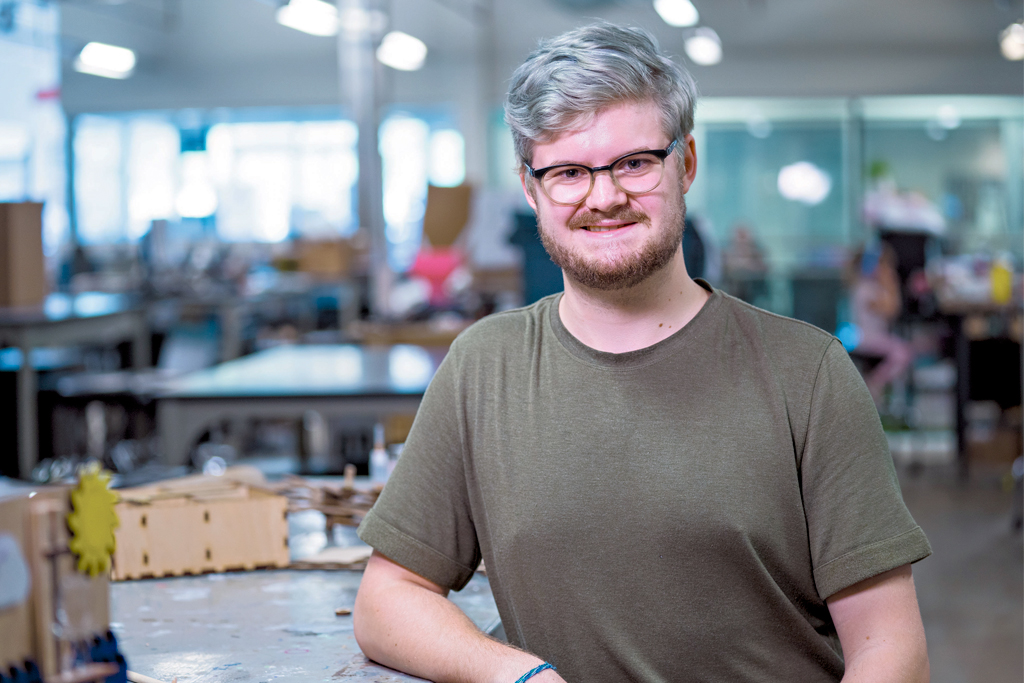 When Thomas Herring was in kindergarten, he and his classmates were asked what they wanted to be when they grew up. Herring, at age five, already had an answer — a robotics engineer.

Now, as a fourth-year engineering student specializing in robotics at Rice University in Texas, Herring is fulfilling his dream as a member of a team working to construct low-cost ventilators for patients with COVID-19.

Herring says the idea for the ventilator came from a design project from two years ago.

“The essential idea of the device is to automate the compression of a bag valve mask that you can use to hand ventilate patients,” he says.

Herring says this device can perform about 80 per cent of the functions of a normal ventilator. This would allow clinicians to put more severe patients on standard ventilators while putting other patients on devices like ours.

“[It] is essentially a robotic device to automate the compression,” he says.

As a Canadian, Herring says it was important to him that this device wasn’t just meant for use in the United States. People can order the parts to make their own devices, and the plans became available for download in early April. Herring says robotics teams or anyone with rapid prototyping tools could build these devices.

Herring is the only student on the Rice University team, along with two faculty and three staff members, and he says this has been different from other robotics work because of the quick turnaround and urgency of the project.

“We’re lucky enough to have some fantastic clinicians who are on the front lines fighting this disease. And hearing their feedback is so invaluable in the sense that they can tell us exactly what problems clinicians are having across the world, trying to fight COVID, and we can take that feedback directly and build the product to try and solve it,” he says.

Although Herring had an early interest in robotics, he credits his time at Crescent School with helping him realize that he could pursue a successful career in engineering. Joining FIRST Robotics, a high school robotics competition, played a role in that.

“I actually gained several years of experience working with my hands, working with practical, real engineering tools before I got the chance to start my undergraduate education,” he says.

Herring says the experience of creating solutions to combat a global pandemic has been a “crazy” experience.

“It’s kind of a four-week turnaround from idea conception to FDA approval, production to deployment, which has been nuts. And it’s made me very conscious of the design decisions you have to make when you build one of these systems.”