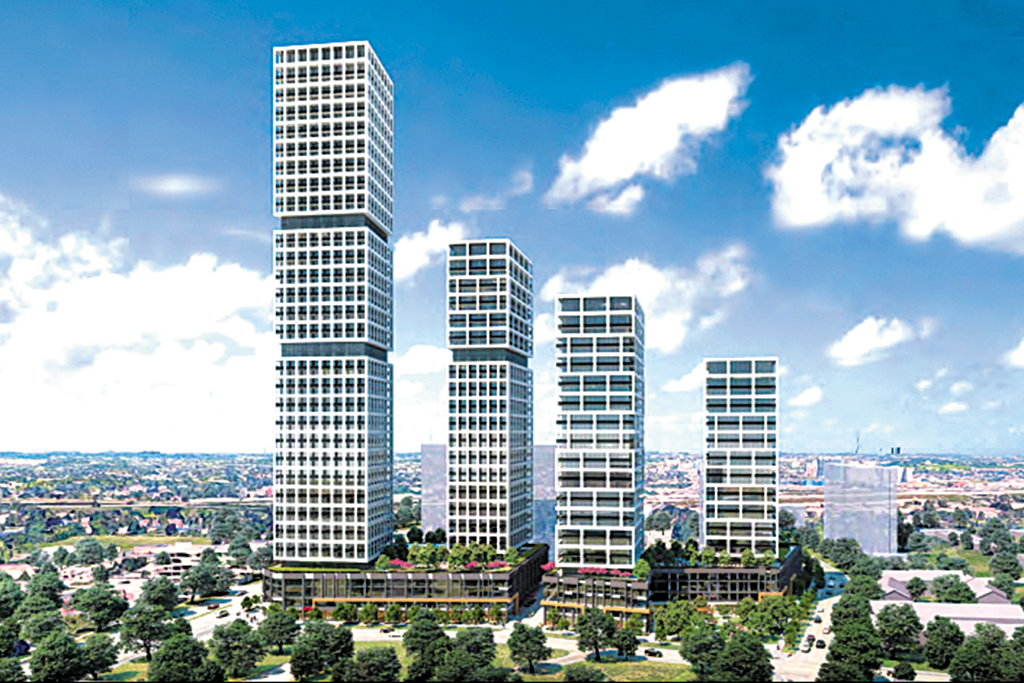 A proposed development featuring a 59-storey tower has been deemed outrageous by a Markham councillor as a neighbourhood readies itself for the possible extension of the Yonge subway line.

Greencapital is seeking to rezone an approximately 1.5-hectare site at 10 Royal Orchard Blvd., just off Yonge Street, to facilitate the construction of four towers between 25 and 59 storeys. The development is to include 1,560 residential units, 1,866 parking spaces and a public park.

Conceptual floor plans submitted with the application propose an integrated future subway entrance in the event that a Royal Orchard stop is included on a future Yonge Street subway. The extension has yet to be approved and its alignment and stations have yet to be finalized.

“I think it’s completely incompatible with the existing neighbourhood,” said Keith Irish, Markham city councillor for Thornhill. Irish added that residents of the area appreciate the fact that a subway extension will bring intensification along Yonge Street.

“There’s likely to be development all the way up. That’s what I tell people, and people are generally very accepting of that. They also accept the fact, with that in mind, that this location is ripe for development as well,” said Irish.

Irish said that city staff have expressed concerns about the proposed development’s impact on existing and future community facilities and services, as well as the transportation network. Irish noted the number of proposed parking spaces and the impact the extra cars would have on traffic in the area.

“I mean they are accounting for parking for nearly 2,000 cars,” said Irish.

Irish said council isn’t close to making a decision about the application, and he lamented the fact that the applicant has not made changes to the proposal since he first voiced his displeasure with the application a year ago.

“I can say with confidence that the residents of this neighbourhood, I believe, would like a subway,” Irish said. “They accept that there’s going to be redevelopment. However, what they cannot accept is what is currently being proposed here.”