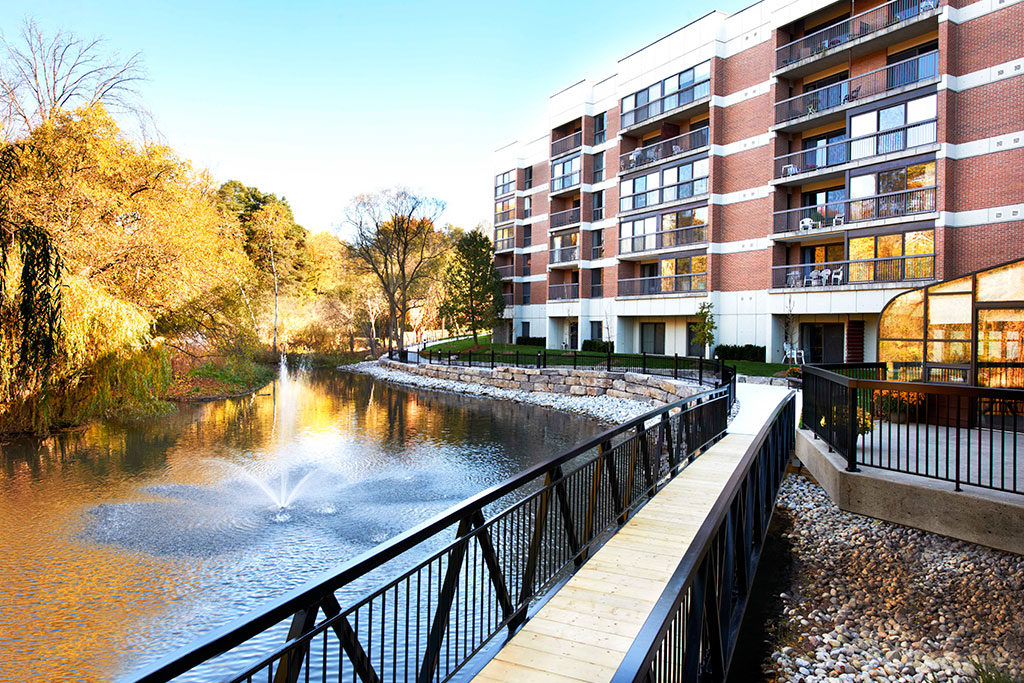 An application has been filed by Revera Living Inc. for a bylaw amendment to add an eight-storey expansion to the existing assisted-living Revera Glynnwood Retirement Residence at John Street and Bayview Avenue.

The expansion would be built directly on a parking lot situated between Bayview Avenue and the existing residence, right along the main road that connects the retirement home to Bayview Avenue. Although the proposed height and density are currently well over the current zoning, residents both at the Glynnwood residence as well as in the adjacent Baywood Court, which comprises single and semi-detached homes, have other concerns.

“There are a lot of unanswered questions,” said local ward councillor Valerie Burke. She said, after holding two public meetings to discuss the proposal, constituents seemed to be primarily concerned the development would sit directly on a floodplain, as well as concerned over the removal of mature trees and the noise and dust that may occur during construction.

“For many of the [Glynnwood] residents, that [the residence] is where they spend all their time,” said Burke. “How are they going to have some kind of reprieve from the construction noise?… A lot of seniors, they would spend most of their day there.”

“For many of the residents, that is where they spend all their time.”

Ed Gelernter lives on Baywood Court. His deck backs onto the road. Once this proposal is approved, the road would be moved closer to his backyard, directly impacting mature trees currently there. He was told by an arborist hired by Revera that the trees would be replanted.

“Some of them are 40, 50 feet high,” he said. “And that would completely expose that new building to my house.”

He is also concerned about the noise impact, both for the Glynnwood residents as well his household.

“I really don’t know any other way that they can construct a building without having noise there,” he said.

According to a statement by Darren Stephens, executive director of Revera Glynnwood Retirement Residence, Revera is currently incorporating the feedback received from the community into the proposal.

“While noise and dust is inevitable on any construction site, every effort will be made to ensure these are managed and mitigated as reasonably as possible,” reads the statement. “We continue to work closely with the City of Markham, residents and our neighbours to evolve the plan for Glynnwood.”