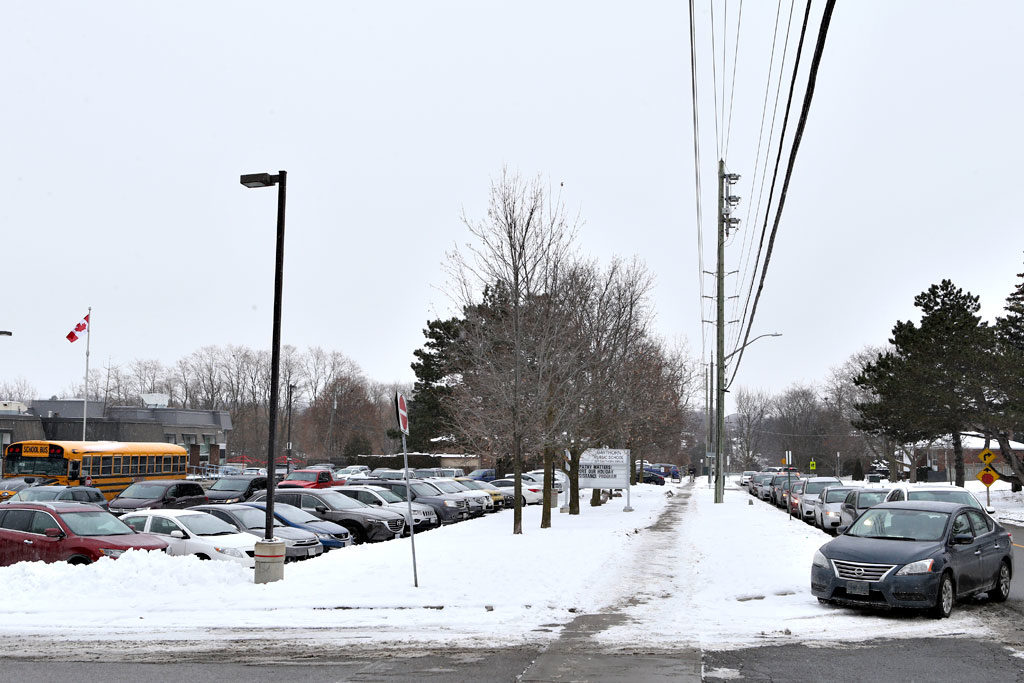 Traffic and parking congestion in Thornhill school zones during student drop-off and pickup has been a mounting problem for years, but Thornhill’s Baythorn Public School has recently come under criticism from residents for its unsafe peak periods, which often see blocked lanes and kids running across busy roads to get to their parents’ cars, as well as cars stopped in fire routes and lanes designated for school buses.

“Anytime after 2:30, you’re looking hard to get a decent spot,” said Peter DiPaola, a father of one child enrolled at Baythorn P.S. He said, if parking spots run out, parents will improvise.

“Anywhere they can find a spot, they’ll park. I know there’s been a lot of illegal parking … but parents just try to do whatever they can,” he said.

According to Christopher Alexander, acting manager of bylaw and regulatory services for the City of Markham, Baythorn P.S. is on the city’s top 10 list of schools with the most traffic offenders in Markham. According to Alexander, the biggest source of congestion is from the school’s specialized arts program.

“When I came here, I was surprised by the sheer number of vehicles.”

“It promotes the need for parents to pick up and drop off their kids because they live outside a walkable distance,” he said, adding that parents of the arts program students account for “easily 50 per cent of the car congestion.”

DiPaola’s child is in her first year at the Arts@Baythorn program after transferring out of a neighbourhood school in Markham.

“When I came here, I was surprised by the sheer number of vehicles,” said DiPaola.

The city is looking at a number of different possible solutions to address the problem, including issuing tickets by mail after warning offenders and piloting a camera system that would be able to take images of vehicle information, for future tickets to be issued.

“Having done this now for 25 years, [I’ve learned that] behaviour is behaviour, and some individuals in this situation, unless you make it a zero-tolerance situation, they’re going to continue to do it,” said Alexander.

In a statement, Kate Kurek, the principal of Baythorn P.S., wrote, “Our school does take in students from a broader boundary; however … the strategies being put in place are similar to other schools in the region where such concerns may exist.” She continued, “We appreciate our partnership with the City and will continue to work with them to manage parking and traffic concerns in the neighbourhood.”