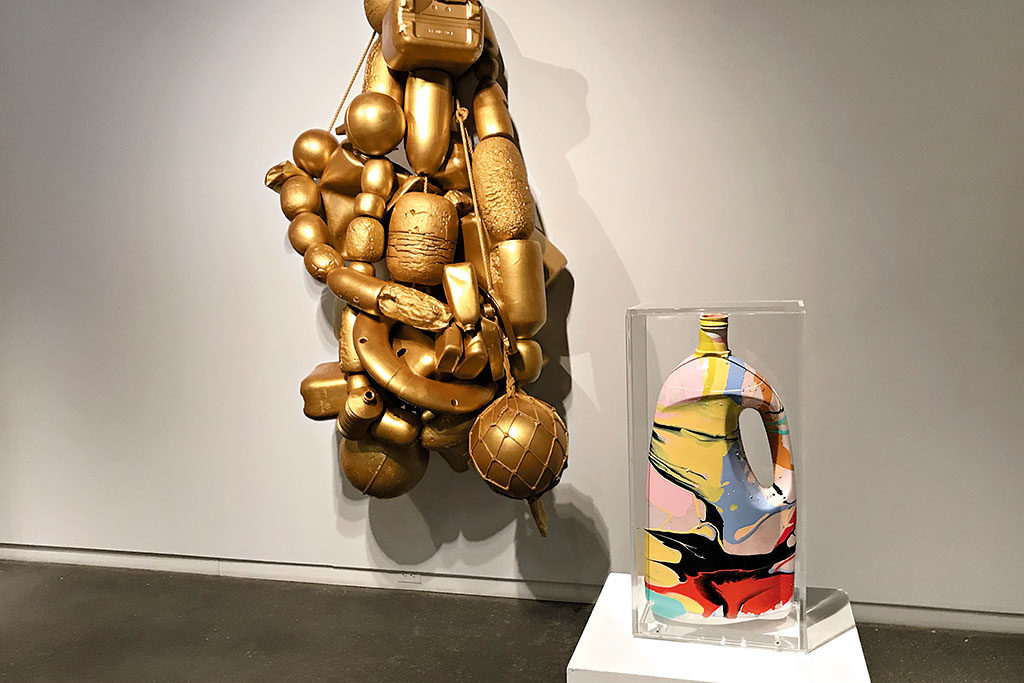 Toronto is having an art moment. Thanks to Yayoi Kusama and her Infinity Mirrors, more and more people are talking painting, photography and sculpture. Recent research out of Australia suggests that exposure to art for a couple of hours every week can dramatically improve one’s mental health and overall sense of well-being, so really this is a must-do. With the Contact Photography Festival on and a plethora of pretty little galleries in town, there’s no better time to add more art to your life.

Project Gallery
Project Gallery is located on the main floor of a sleek new condominium on Dundas Street East at Carlaw. Devan Patel originally opened a space on Queen Street East five years ago before relocating. He also has a more experimental gallery called Project Studios on Broadview Avenue, nearby.

The Dundas Street gallery is spacious with expansive floor-to-ceiling windows looking out onto the street, white walls and a polished concrete floor. The building is right next to another fetching new building that is home to Crow’s Theatre and French restaurant Gare de l’Est, making for a seriously cultured date-night double feature.

When we visited, Patel was hosting a rare group show featuring a number of talented young Toronto artists.

Patel is a collector and also an art consultant who works with a lot of emerging Toronto artists in the millennial age range, as well as a few more established artists such as Ken Monkman.

“That is kind of the gallery direction and esthetic,” he says. “I’m thinking more and more about alternative narratives.”

Coming up in May, Project Gallery will feature the photography of Greg McCarthy, as part of the Contact Festival, and at the same time the artist will curate an experimental photography show at Project Studios, www.projectgallery.ca.

Gallery 181
Located across the street from Moss Park, Gallery 181 is a charming small space run by HGTV star Danielle Bryk. When we visited, a group show with a number of street artists from New York and Toronto as well as South Korea were on display, including some amazing works from PhoebeNewYork.

The space is a slender slice of artistic heaven with old wooden floors and a delightful picture window.

Bryk studied art history at Queen’s University, and her first internship was at the Pill Gallery in New York City.

“I’ve been dealing art privately for years, for my clients and also for my own show,” she says. “When it came time for the big reveal of the before and after, you cannot have a lot of blank spaces, it reads very barren, so it’s not allowed on camera, and people were always like let’s go to Homesense and pick up a few pieces, and I was like no no no, wait a minute. So that’s how we met many of these people, through the show, and I’ve just worked with them for years.”

Bryks’ gallery is in an area of the city not generally on the tourist route but worth a visit as other galleries and cool new restaurants continue to crop up.

Looking ahead, Gallery 181 will feature the vibrant work of Toronto portrait artist Gordon Shradrach, opening May 31.

“His work is really powerful. He is painting portraits mostly of black men, some women, in a very classical way and also in vintage and reclaimed frames, very formal and very ornate,” Bryk says. “He says black people have been conspicuously absent from classical art, in terms of representation, and I see a really subversive quality and such an incredible narrative,” www.gallery181.ca

Daniel Faria Gallery
Craving an afternoon of gallery hopping? The cluster of spaces on St. Helens in the Bloor and Dundas area are just the ticket.

The best of the group could be the Daniel Faria Gallery, an expansive commercial gallery with a penchant for displaying works of heavy-hitters such as Douglas Coupland. The West Coast artist’s new show, Tsunami, was recently featured.

Here, Coupland displayed debris that had washed ashore near his home on the west coast following the Japanese tsunami and Fukushima nuclear disaster in 2011.

Other artists who show at the Daniel Faria Gallery include Shannon Bool, who recently participated in the National Gallery of Canada Canadian Biennial in Ottawa, and Mark Lewis, who had a show at the AGO recently and represented Canada at the Venice Biennale.

Faria, a student of art history and contemporary art, worked at artist-run galleries and regional galleries before finding his place in the commercial art world, and he now puts on seven or eight gallery shows per year in addition to participating in art fairs.

“I like the model of commercial galleries,” he says. “I work closely with the artists, and you’re part of that ongoing conversation. It seemed like a natural fit.”

This month, the Daniel Faria Gallery will feature an exhibition by Elizabeth Zvonar, entitled Ageless Ambiguity, May 3 to June 8, www.danielfariagallery.com.