The top 10 art exhibits to see at Nuit Blanche this year - TRNTO.com
Skip to content 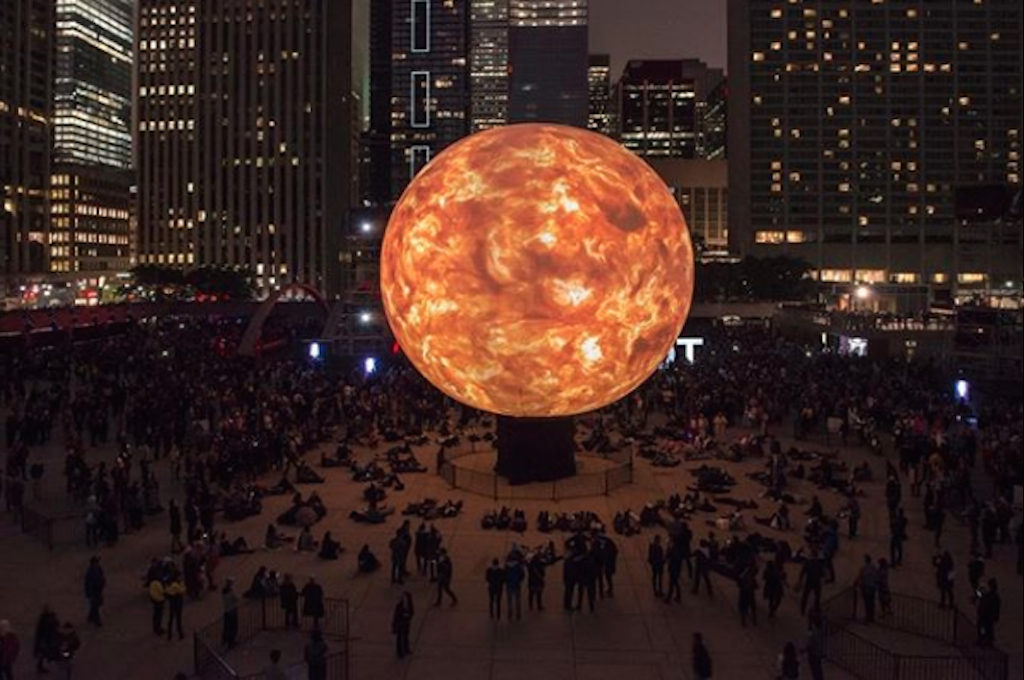 Nuit Blanche is coming up once again this year ⁠⁠— an all-night art extravaganza on Oct. 5. These are some of the most talked-about artists and exhibits to show up this year.

Death of the Sun

Director X’s Death of the Sun was a big hit back in 2016, and will be back this year to accompany his new work, Life of The Earth. The exhibit was created in partnership with the Ontario Science Centre, where it will be displayed during the festival.

Based at the Gladstone Hotel, this collaborative project by Death by Committee involves audience involvement. Bystanders will be given sashes with On and on and on printed upon them, creating a moving poem around Toronto.

Peace to the Past, Reach for the Future

The city is still celebrating the  2019 NBA Championship and so are Esmaa Mohamoud and Bryan Espiritu. In commemoration of the Raptors’ 25th anniversary and their historic championship win the artists have created a huge sculpture to be featured at the intersection of Queen and Bay.

This year for Nuit Blanche, the Aga Khan Museum will be showcasing art and music from all over the world for one multicultural exhibition. Sama is Arabic for listening, which is a major theme in their installations. Not just to represent the metaphorical implications of listening, but to actually inform the viewers to listen to the different projects.

This giant kaleidoscope at 150 York St., is meant to represent the holy trinity of social media (meaning Twitter, Facebook, and Instagram). During the night the Kaleidoscope installation by Alejandro Figueroa will be reproduced onto social media to show just how connected the world has become.

The Big Feminist Game Show by Hatecopy will be live-streamed and will feature all the trappings of an average television game show with one big twist — it’s all about the ladies!

Daniel Arsham, known for his Japanese-style zen gardens, will be creating his biggest garden to date smack-dab in Nathan Phillips Square. Unlike much of his past work, however, the Lunar Garden incorporates the moon into Ashram’s recognizable palette of pink and white sand and sculptures.

The artists Noor Khan and Sean Leon will juxtapose footage of Scarborough and Parkdale over each other, in order to make a point about how policymaking and other political factors have disadvantaged both neighbourhoods.

This large-scale multimedia exhibit by One Path Collective will be found on the grounds of the Spadina Museum. The artists plan to celebrate the crafts and craft-makers of years past and present, such as quilters, CD-ROMs, and newspapers.

Where Are We Now?

Alexis Eke‘s project, which will be found in Scarborough at the Town Centre, reimagines and examines how Black women are portrayed in art. Eke, an illustrator,  celebrates the beauty and diversity of Black women through her project.