The top 20 things to do in Toronto before the summer ends | TRNTO.com
Skip to content 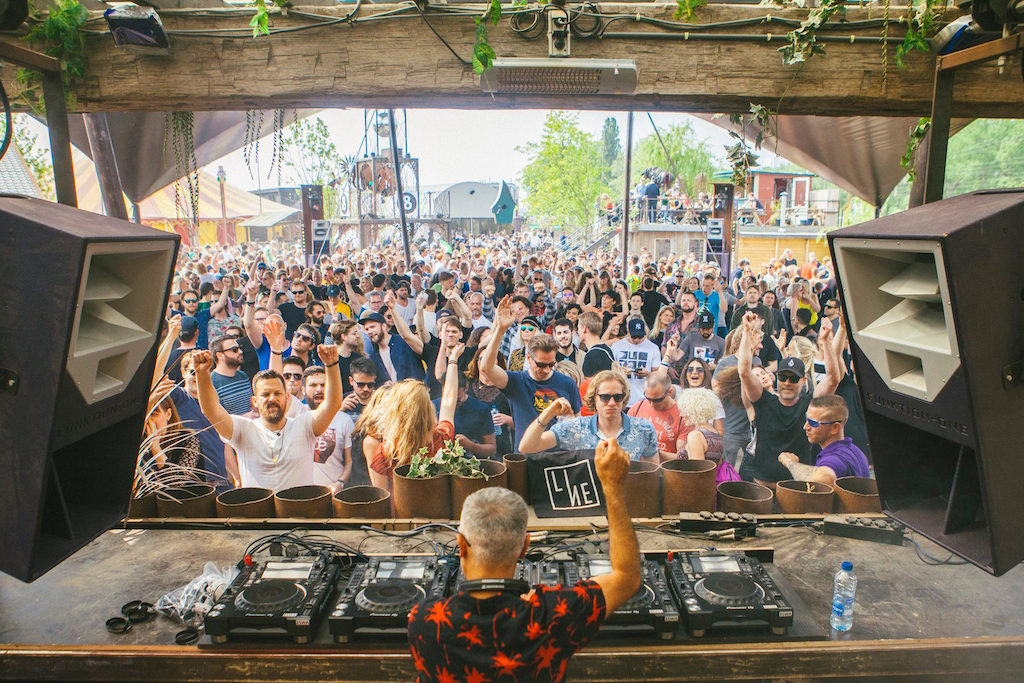 As the weather slowly begins to turn, people across Toronto are forced to face the dreaded but inevitable truth — summer is coming to an end. But don’t despair just yet, there’s still a month left until the season is officially over. And with that in mind, we made a list of all the hottest eats and must-see events to make the most of your summer before it’s gone.

1 | Hey thrill-seekers, CANADA’S WONDERLAND is now home to the world’s fastest, longest and tallest dive coaster. The Yukon Striker even pauses for three seconds over the 90-degree drop into an underwater tunnel.

3 | A new Chinatown spot, DAINTIES MACARON at 235 Spadina Ave. is making macaron ice cream sandwiches and they are the cutest things we’ve ever seen.

4 | It is food truck frenzy at the CNE from Aug. 22 to 26. Get some cheesecake bao from Me.n.u and Auckland fried chicken from Born 2 Eat.

5 | Cheese mousse at ANSWER TEA at 439 Spadina Ave. is the new tea phenomenon in town. Think bubble tea with a thick, creamy surface on which you can get a design printed.

6 | The building that holds Steve Gonzalez’s BARO at 485 King St. W. is a hot spot that just got hotter. The new patio is a rooftop oasis where the food is cooked over a wood-fired grill and diners can sit in what feels like a glass box in the sky.

7| There are few places that take cocktails as seriously as they do at MOTHER, a new bar at 874 Queen St. W. Sip on a gimlet with roasted bee pollen and Ontario salted honey or a Moscow mule with home-brewed ginger beer.

8 | Toronto’s former bringer of rain, Josh Donaldson, is now playing for Atlanta, but he’ll be back at the Rogers Centre when the BLUE JAYS face the Braves on Aug. 27 and 28.

9 | The TFC take on their rivals the Montreal Impact on Aug. 24 in the 401 Derby. Gio may be gone, but Alejandro Pozuelo is bringing the heat. It’s going to be rowdy.

10 | Take a Sunday stroll through the city’s brunch hot spots with TORONTO FOOD TOURS. You’ll be guided to eight dishes at six eateries and a bloody Caesar.

11 | Travel back in time and learn the harsh history of life in early Toronto with MUDDY YORK WALKING TOURS. You’ll hear of gangs, gangsters and even some ghosts.

12 | Get ready for a night of R & B under the stars at CASA LOMA’s Monday night concert series starring Sean Jones and special guests each week.

13 | Yeah, UNION STATION is a cool place to hang in the summer with its food stalls and musical performances by the likes of Kirk Diamond and the Free Label.

14 | What happens when an escape room, an art installation and a theatre experience collide? THE TAPE ESCAPE happens over at 480 Bloor St. W.

15 | Every August, the Perseids meteor shower reaches its maximum rate of activity. This year that happens on Aug. 13, but those shooting stars will be visible for most of the month. What better place to be than at the DAVID DUNLAP OBSERVATORY?

16 | Over in the Junction, grab a pint and take in the sights and sounds. THE OPEN ROOF FESTIVAL is T.O.’s only outdoor film, music and beer festival and it runs every Wednesday until Aug. 21.

17| Catch the WAVELENGTH SUMMER MUSIC & ARTS FESTIVAL at Stackt Market on Aug. 17 and 18. See Milk & Bone and AfrotroniX within the walls of shipping containers.

18 | You need at least a touch of drama in your itinerary, so hit the SUMMERWORKS PERFORMANCE FESTIVAL from Aug. 8 to 18 at multiple locations in the city.

19 | Over at the Evergreen Brick Works, the WE ARE LOST MUSIC FESTIVAL takes place Aug. 11 with performances by Alberto Jossue, AudioJack, Ceelos, Eli Nissan and more.

20 | Over at Bell Manor Park, the TORONTO BICYCLE MUSIC FESTIVAL goes down on Aug. 24 with performances by Dream Soda, Abigail Lapell and Communism.