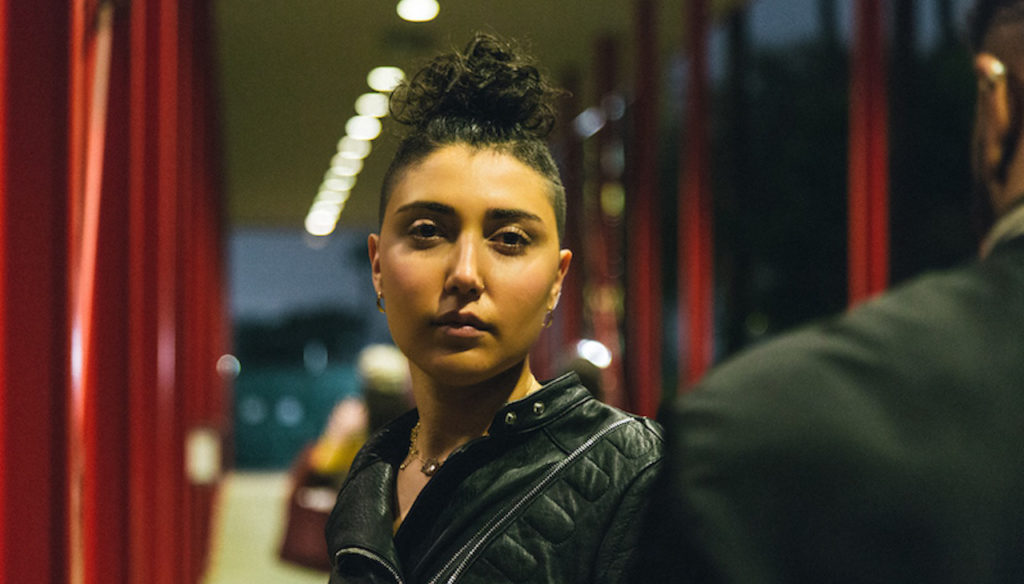 STORRY said that being nominated for another music award just like her childhood idols, including Celine Dion, Alanis Morissette and Whitney Houston, was an incredible and affirming moment in her career.

“I was just thrilled. It took away part of this feeling of being an imposter,” she says. “The last Juno nomination I had gotten, I didn’t produce the record, and the people who did, Sly Dunbar and Robbie Shakespeare, are huge producers in Jamaica, so I figured that was the reason.”

STORRY also released her second project of 2020 last September, the EP Interlude-19, influenced by the great pause caused by the pandemic.

“We’re in reflection, in limbo. We’re waiting and are uncertain of what the world will be after all. It can feel like purgatory, springing up a multitude of emotions. It’s an interruption from our ‘busy’ness and our frenzied state of ego and consumption,” she says. “We are now forced to either look at ourselves, at our world, or otherwise attempt to drown ourselves with frivolous distractions. But this time, these months, this year, though seemingly endless, is but a blip in time. A flash in the pan. So, I decided to call this record Interlude-19.”

With CH III: The Come Up, she explores the parallels between the sex industry and the music industry, and STORRY says it ultimately serves to dismantle the shame and stigma attached to sex work. She recorded the album in six days with a four-person band and a limited budget she saved by working as a stripper before COVID-19.

With a small budget and no outside funding, STORRY directed most of her music videos and learned how to edit on Adobe Premiere Pro. Her claymation music video for her song “Up” won several awards, including the Best Editing award at the Montreal International Wreath Film Festival and Best Animated Music Video at jellyFEST.

STORRY offers a blend of musical styles that are hard to fit into a box. A melting pot of soul, reggae and pop, with flashes of her classical training on every extended note and melody.

Her classical roots stem from her time studying opera at the University of Toronto and classical music at Vanier College in Quebec, where she first developed her unique voice.

STORRY came up with her artist name as an alternative persona after leaving an abusive relationship and re-entering the music industry.

“STORRY is this badass, boss woman who doesn’t let anybody get in her way. She is resilient, and she got me out of a lot of really hard times,” she says.

STORRY met her abuser when she was 19 years old while attending the University of Toronto. Their relationship began under the guise of him being a music producer, and it quickly turned dark. Her contact with her family was limited, she had no access to social media, and her music and finances were entangled with him.

After years of abuse and months of building up the resources and courage to leave, STORRY got onto the winding path that led her to become the artist she is today.

“When I left him, I wasn’t going to make music anymore. My ex had taken all the hard drives. He took all the studio equipment. He took everything,” she says.

In 2015, she dramatically altered her career path and ventured to India to become a yoga instructor. She planned to teach yoga and open a vegan restaurant with her aunt upon her return.

During her three-month trip to India, STORRY couldn’t shake her love of music. She was still that kid who had sung her ABCs into a microphone as a toddler.

“There was this tipping point when a guy in my yoga training said, ‘You don’t have a voice, you have a story to tell, and you have lives to change,’ ” she says.

She returned to Canada and called up her old friend Yotam Baum, a musician and professor at Bishop University, and they co-wrote CH III: The Come Up.

And now, STORRY is awaiting the day she can safely perform her music on tour, is set to make a huge mark on the Canadian music scene and beyond.

“Creating this album and putting it out was my way of being my own superhero,” she says. “I realized that nobody was going to help me, no one was going to save me, and I had to save myself.”