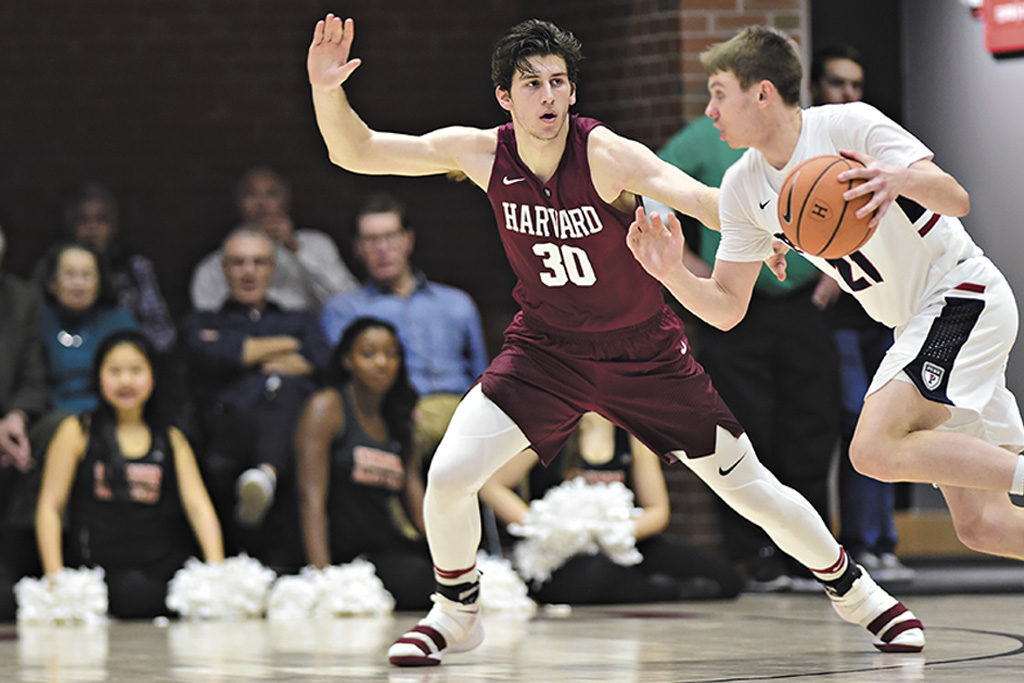 Although 19-year-old Harvard basketball player Danilo Djuricic has already won a gold medal with Team Canada on the under-19 (U19) junior national team, he’s still focused on education first. Djuricic credits his parents for that kind of thinking.

“My parents were always talking to me about how important school is, always preaching school first, sports second,” he says.

Basketball found Djuricic, by virtue of good genes, rather than the other way around.

“My first sport was soccer, but growing up I started hitting growth spurts, and I was a little bit taller than all the other kids,” Djuricic says. “One of my assistant coaches recommended I try basketball, so I tried house league and then rep.”

The rest, as they say, is history. Djuricic played with the Brampton Warriors, from Grades 5 to 8, and then played with CIA Bounce, from Grades 8 to 11, on the Amateur Athletic Union (AAU) circuit travelling the U.S.A.

By Djuricic’s first year of high school at St. Michael’s College School, he was already on the varsity team and had received interest from Harvard, which he says really motivated him to stay on track.

“It’s a very high academic school as well as having a really good basketball program, so I felt prepared very well by my high school.”

Djuricic says his time at St. Michael’s really prepared him for balancing school work and sports.

“It’s a very high academic school as well as having a really good basketball program, so I felt prepared very well by my high school.”

He says this played a role on his path to Harvard.

Djuricic has stayed true to his priorities after his first year at Harvard.

“I do my best to work hard, scheduling when it’s time for work and when it’s time to play basketball. My priority is academics, so I get that finished and then work hard on the court,” Djuricic says. “It’s the best of both worlds: the best school in the entire world and a really great basketball program that’s on the rise.”

His discipline has paid off, earning him his proudest moment and possibly, he says, the greatest honour in his life — playing on the U19 junior national team and winning gold for Canada.

“To win a gold medal for my country that has given so much opportunity for my parents and me was honestly one of the moments in my life I still can’t put into words,” Djuricic says.

Even with this accomplishment under his belt, Djuricic says he still has a long way to go in his career. “My dream is to play at the highest level, the NBA.”

To all the kids who dream of playing professionally, too, Djuricic is quick to mention the importance of school first.

“Continue to work hard at your craft, continue to do well in school because school comes first,” he says.

He also says to listen to your coaches to get to the highest level of trust with them, mentioning CIA Bounce coach Nicky Davis and high school coach Jeff Zownir as two influencing forces on his development as a player.

With great success can come great sacrifice, but Djuricic says he has no regrets.

“Being so dedicated to my craft as well as school, you miss out on things that other kids get to do. But I don’t mind it at all. There’s nothing I wouldn’t pass up for the position I’m in today.”