The city's initiatives to get Toronto beaches, pools and more open
Skip to content 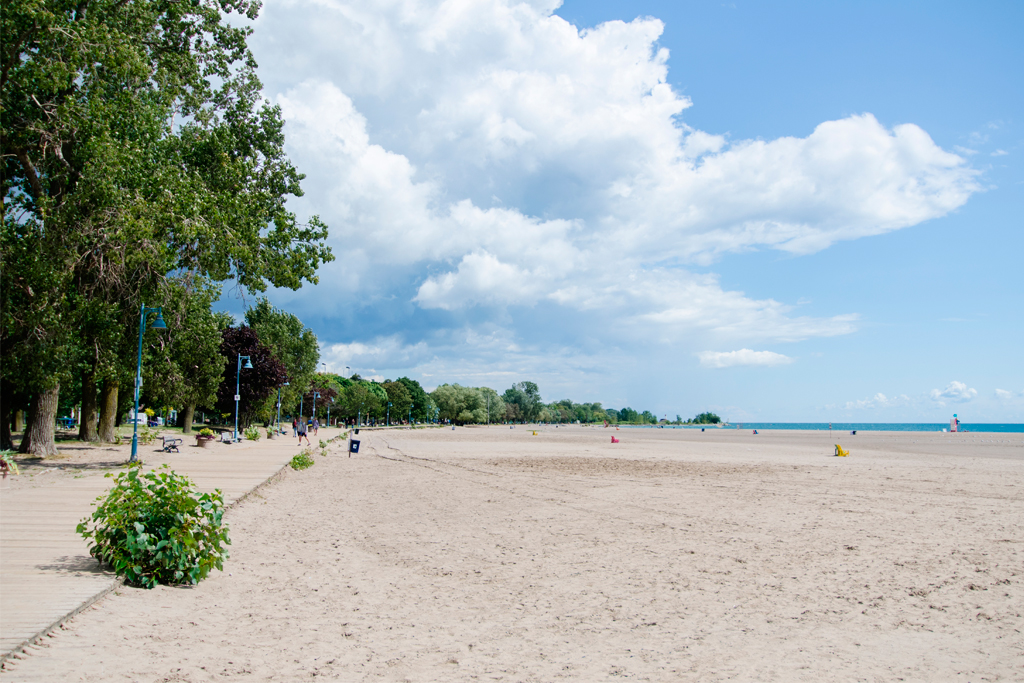 Mayor John Tory has announced a host of initiatives that aim to get Toronto residents outdoors this summer, while staying safe, healthy and maintaining physical distancing protocols. Outdoor aquatic amenities currently remain closed due to COVID-19 public health measures, but city staff are currently preparing so they’ll be ready to open Toronto beaches, pools and more when the city enters Stage 2 of the province’s reopening plan.

On Wednesday, Tory announced SwimTO, a program that will accelerate the opening of Toronto beaches, outdoor pools, wading pools, and splash pads when allowed. Staff will prepare by filling outdoor pools, turning on mechanical and filtration systems, and creating signage that clarifies physical distancing.

As part of the plan, lifeguards will supervise six of Toronto’s swimming beaches daily from 11:30 a.m. to 6:30 p.m., beginning Monday, June 22. Toronto Public Health will also test and analyze the quality of beach water daily.

“The goal when it comes to recreational access to water amenities is very simple: get everything ready so we can open them up as fast and as safely as possible once we get the green light from the province. SwimTO is one more example of the city’s commitment to residents and will help mitigate the hot temperatures we will experience this summer. I encourage Torontonians to explore the city’s many options to swim and cool off outdoors this summer,” Tory stated in a press release.

The six swimming beaches opening on June 22 are:

Rouge Valley Beach isn’t accessible and a supervised swim program won’t operate there, but the four Toronto Island Park beaches will open for swimming on July 1.

You can read more about the SwimTO initiative here.

The City is also preparing for camp season, offering summer camps across Toronto starting July 13 as part of its CampTO initiative. The project will include more than 32,000 registered camp spaces for children between the ages of six and 12, over eight weeks, at 150 locations across the city.

I’m also proud to announce that the City will begin to offer summer camps across the city starting July 13th through our #CampTO program which will provide a safe, high-quality day camp experience for children aged 6 to 12. pic.twitter.com/DS7HLs5gsE

You can read more about CampTO here.

If your family isn’t into swimming or camping, the city recently provided 65 kilometres of “Quiet Streets” along 32 neighbourhood routes across Toronto. The initiative is part of the ActiveTO project, allowing for shared road space so Torontonians can walk, run, or bike outside while maintaining physical distancing on neighbourhood streets.

Toronto City Council also recently approved the ActiveTO cycling network plan; it will include approximately 40 km of new cycling routes for 2020. The first kilometre of the temporary bikeway was installed last week along Dundas Street East, between Sackville and Broadview. The next locations will likely be along University Avenue and Queen’s Park Crescent, between Adelaide Street West and Bloor Street West; on Bayview Avenue between River Street and Rosedale Valley Road, and on Bloor Street, between Avenue Road and Sherbourne Street.

Later this month, the city will review plans to provide more outdoor dining areas to help restaurants and bars create physical distancing for patrons on patios during the summer. Once approved, the CaféTO initiative will allow restaurants and bar owners that are registered for the program to install temporary sidewalk cafés or curb lane cafés within city guidelines.

You can read more about that initiative here.

Looking forward to getting some great curblane patios in place here in #RiversideTO to support local businesses as part of #CafeTO pic.twitter.com/VHWC11Cfcu

Meanwhile, if you take transit this summer, the TTC just announced it will be mandatory for riders to wear face coverings beginning July 2. Tory made the announcement at a press conference on Thursday morning, although there are no plans to issue fines or refuse entry to anyone disregarding this rule at this point.

“I know in many respects this is still a scary time for people, there are still many unknowns with respect to this virus, but we are doing everything we can to make sure we can tell you that the transit system is safe,” Tory said at the news conference, emphasizing that Torontonians should show responsibility and concern for others by making sure they wear face coverings. “This is for the health of other people and the health indeed of our entire city.”

As of Thursday, Ontario has recorded 203 new cases — the lowest number of new COVID-19 cases since March 28, when 151 new cases were reported.

In Toronto, the cumulative total of COVID-19 cases was 12,949 as of Tuesday, with the city reportedly seeing fewer new cases and hospitalizations each day.