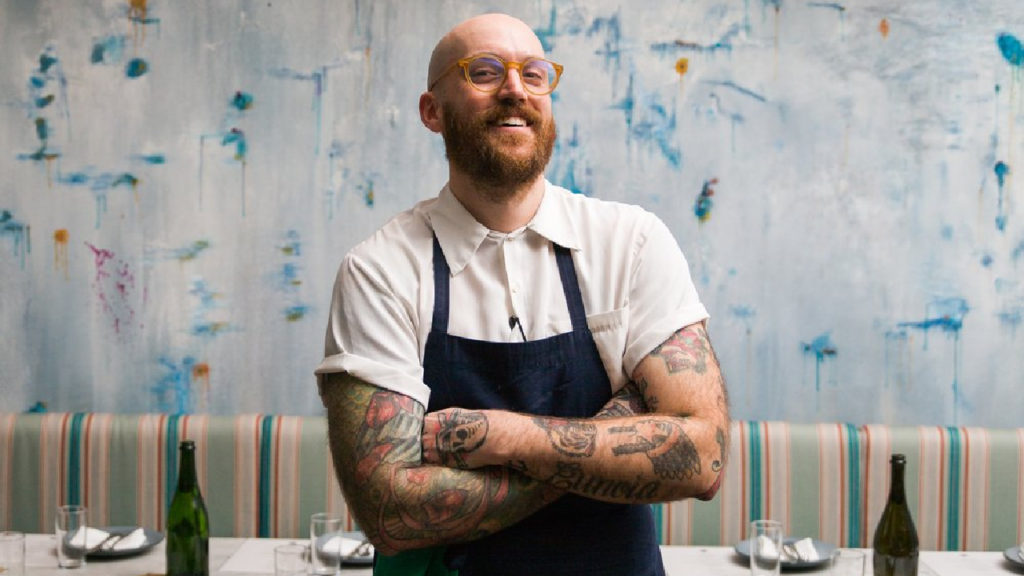 Matthew Ravenscroft, or as his Instagram followers may know him: the Bob Ross of cooking vegetables, grew into his career as a chef the same way many people like their vegetables—organically. He started working at Crush Wine Bar as a side gig in university, and soon found himself spending extra cash on cookbooks and learning new recipes in his spare time.

After discovering the work of Parts & Labour executive chef Matty Matheson, Ravenscroft made it his mission to somehow get involved with the now-closed beloved Parkdale restaurant.

“I made a game plan of how I was going to get there and started liking every single photo of Matty’s on social media. I eventually got a message from him on Twitter asking me to come in and work a shift,” Ravenscroft says. “It was booming and bustling—really different from what I was used to. I was out of my element, but I learned so much and I was really engaged.”

While working at Parts & Labour, Ravenscroft’s passion for vegetables and plant-based dishes grew. He developed an inclination for finding creative ways to re-use food waste, including dehydrating vegetables into powders or using food scraps to make crackers.

“It was really a time when we could be curious and inquisitive,” he says. “I’m not a super technical chef but I’m definitely curious what can be done and how flavour profiles come together, even if it’s a little weird.”

“Opening Rosalinda was a huge learning experience for me,” he says. ‘It can be really fun and engaging to get people to see you can eat a plant-based meal that’s super nourishing and delicious. Plants are really interesting, they’re kind of a strange force on this planet.”

Since the pandemic hit, Ravenscroft has been using his platform to educate people on the power of eating plants, while helping them discover confidence in their own cooking abilities virtually.

“It’s about being okay with the fact that you might fail,” he says. “If my gnocchi didn’t come out great, that’s okay, in six hours I’ll get to make food again. There’s a healing that comes through that.”

Check out his latest recipes here.