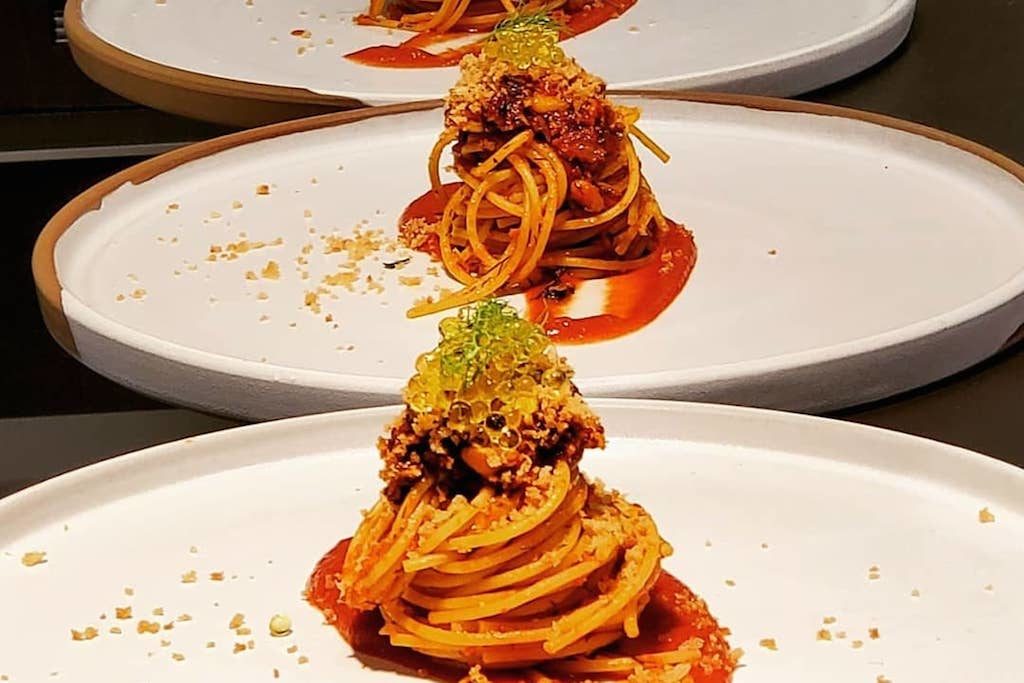 A local North York chef has won the opportunity to represent Canada at The Barilla Pasta World Championship — a global pasta cooking competition where chefs from all over compete for the title of World Pasta Master.

Chef Kshitiz Sethi recently beat out three other chefs in a gruelling semi-finals match hosted at the Sub Zero, Wolf and Cove showroom. The winning spaghetti con le sarde was topped with sardine fillets, pine nuts, raisins and saffron, with fennel pollen and fronds used for the finishing touches.

Although chef Sethi is best known for his work at the Italian eatery Paese Ristorante, he cannot be pinned down to just one culinary influence. Sethi’s first taste of the industry came when he was 15, still living in India, helping his father prepare goods for his bakery. Flash-forward to 2016 when Sethi landed in Toronto as a student in George Brown College’s culinary management program while simultaneously fine-tuning his chef skills as a part-time kitchen helper at Paese Ristorante. In under two years he became the full-time Chef De Partie. Now, Sethi handmakes all the pasta at Paese and his hard work will be taking him to Paris for the Pasta World Championship.

Having already won the semi finals, Toronto and the rest of Canada should be pretty confident in Sethi’s abilities under pressure. The competition will be held on October 10-11, with more than 20 chefs from around the world coming together to see whose pasta is crowned king.

Canada has been nothing but giving for me. I am extremely grateful to be chosen to represent Canada at the prestigious @barilla World Pasta Championship in Paris. Thank you, @barillacanada for the honour. Time to work harder to become Master of Pasta 2019. #masterofpasta . . . . . #onestepatatime #barilla #food #cooking #italian #spagetti #sicilian #workharder #gbcchca #love #kshitizsethi #masterofpastas #Barillacanada #f52grams #igdaily #yyz #canada #india #masterofpasta #Barillacanada #india