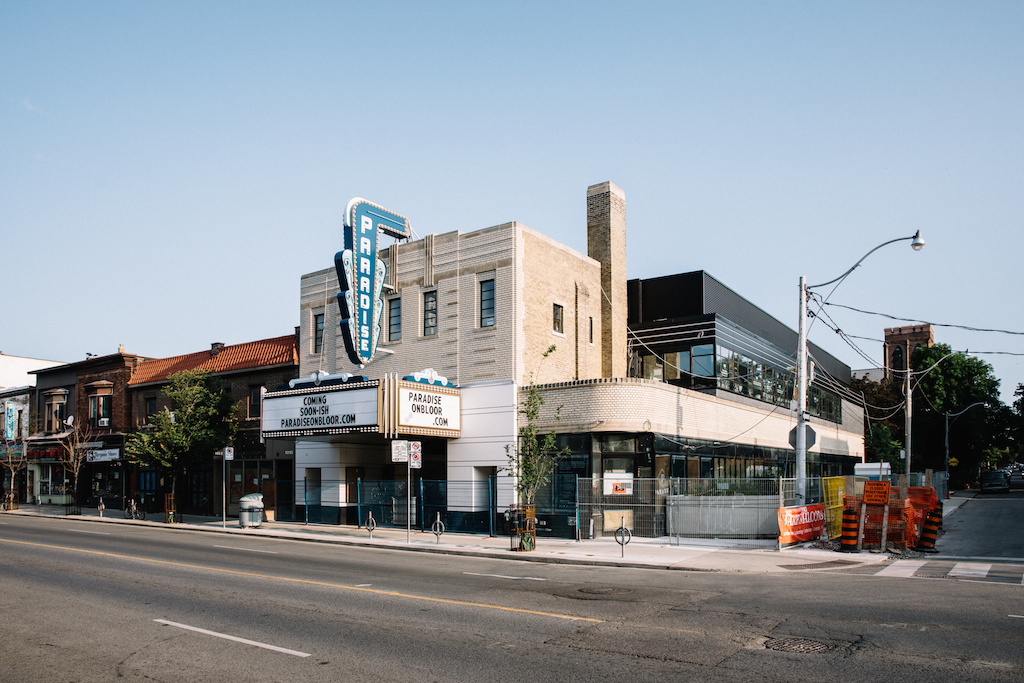 Movie theatres were some of the first casualties of the COVID-19 shutdown, and little is changing. But this week, a number of Toronto cinemas are pushing forward with online offerings. There is hope that these will act as a funding stop-gap. In addition, the programming could help to keep local film houses front of mind to help ensure a viable future moving forward and to keep the community spirit of the local cinema experience alive in the city.

Toronto repertory cinemas operate on shoestring budgets with thin profit margins, and some are not-for-profits. Unlike other businesses that have been forced to shut down, there isn’t really a viable online option as there are already numerous dominant players that stream movies.

So rep cinemas are doing what they have always done. They’re finding a way to get those elusive, quirky, hidden-gem films to their audiences.

The charming and intimate Fox Theatre in Toronto’s Beach neighbourhood is the oldest continuously running cinema in the city dating back to 1914. In a recent update to members, the Fox announced that it would be screening a weekly hidden gem through the Kino Marquee streaming service.

“Kino Marquee is a new initiative that creates virtual theatres for temporarily closed indie/art house cinemas so they can offer their audiences the opportunity to see films at home that would otherwise be playing on the big screen,” the message read.

This week, the Fox is offering the Irish supernatural comedy Extra Ordinary. Tickets are $12.

The cinema is also offering members a free three-month trial for screening service MUBI, which specializes in specially-curated independent and classic cinema. And, the Fox is doing some direct fundraising by offering commemorative nameplates that would be engraved and installed on a chosen seat in the theatre.

The Annex neighbourhood’s Paradise Theatre on Bloor Street East reopened its doors after a complete revamp early this year, at the worst possible time in turns out.

The Paradise will be running a virtual theatre via Film Movement Plus, and the Annex cinema is offering a charitable component as well. When a ticket is purchased for the virtual theatre, two tickets will be donated to front-line workers when the theatre reopens to the public.

“When the necessity of social distancing comes to a close, Paradise will have what we’ve been missing: the opportunity to enjoy the company of others, delighting in a shared experience, outside of work,” says Sonya William, director of communications at Paradise. “And who deserves that more than the people on the front lines of today’s crisis? We’re excited to give back to those working so hard to protect Torontonians by treating them to a great night out.”

Complimentary tickets will be distributed through the Stop Community Food Centre and Sistering, a women’s drop-in centre.

The Paradise Virtual Theatre currently has seven offerings available including a range of features, documentaries and, most importantly, Cat Video Fest — “a bonanza compilation reel of great cat videos available online for the first time.”

The Toronto International Film Festival (TIFF) is also getting in on the act by announcing its Stay At Home cinema program. The new initiative features a curated selection of films culled from the Crave streaming service offerings along with Instagram Live Q&As. Yes, Crave is required.

The programming is quite fun and exciting. For instance, this Thursday, audiences can tune into TIFF’s Instagram for a live Q&A session between Cameron Bailey and Emilio Estevez. At 7:30 p.m. audiences are invited to watch Estevez in the John Hughes teen classic The Breakfast Club on Crave and continue to interact via social media as a community of film lovers.