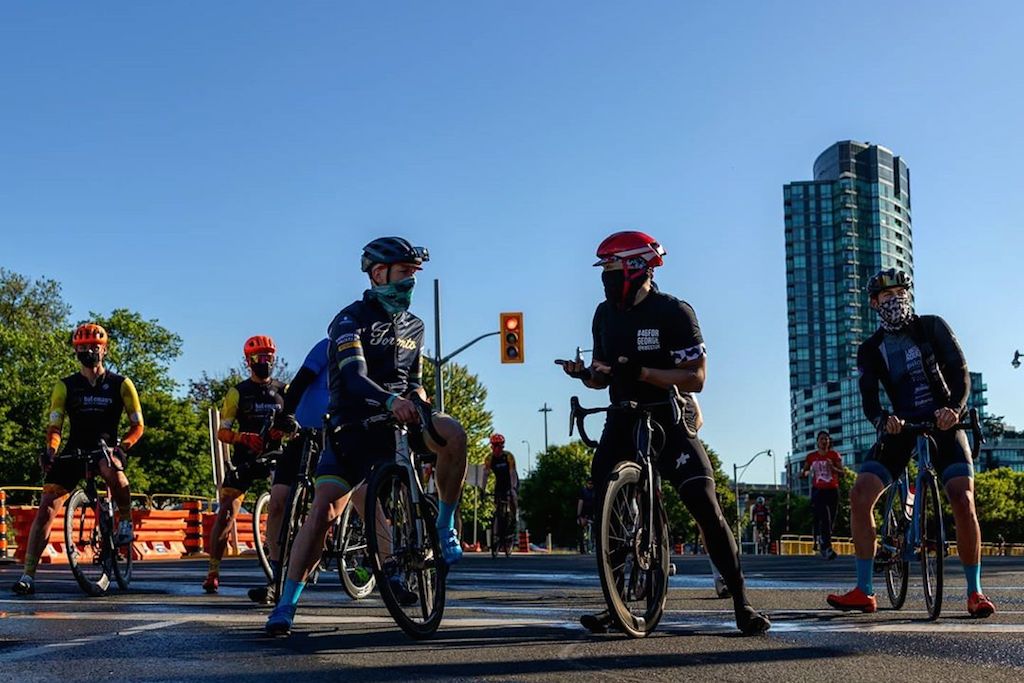 When Matt Cuesta watched the video showing the murder of American George Floyd, he felt that he had to do something. And he’s been doing it now for more than three weeks. Every day, the Toronto IT professional gets up at 4 or 5 a.m. and heads down to The Ex grounds and bikes 46 kilometres, and some days he runs 4.6 km, to honour the memory of Floyd. His plan is to continue for 46 days. It’s called 46 for George.

“I mean, we all saw what happened and I think now it is beyond a race issue and has become a human issue,” says Cuesta. “And growing up a person of colour as well, you know, having instances with police and authority, being discriminated against, it hit a nerve. It touched home with me, so, this idea just popped into my head one day and I thought that’s what I’m gonna do.”

Some days Cuesta rides alone, other days he is joined by others who ride in solidarity with him and he gets a chance to strike up conversations with different people and pass on his ideas. These days, more and more people are paying him a visit. He says he wants to reach one person at a time, to get them to think about things in a new way, to look in the mirror. But things are moving quickly.

“I was saying I want to reach one person at a time but it’s reaching more than that, but it’s about getting people to reflect on their actions, getting people to understand their words, and taking a hard look at themselves in the mirror and having uncomfortable conversations with their friends and family,” he says.

“Racism and prejudice are very complex layered issues and I don’t have a blanket solution for it. But I believe it has to start within ourselves and start taking a hard look at us and why we say things and why we feel certain ways and why we have certain fears and then going from there.”

Cuesta, who grew up in Scarborough before moving to downtown Toronto, spent most of his time bodybuilding, pre-pandemic. He only took up cycling a year ago, but it’s now his go-to activity while gyms are closed.

“When I latch on to something, I kind of go full force,” says Cuesta, who has been joined on his rides by other cyclists, city councillor Brad Bradford as well as banking executives.

Cuesta is now halfway through his 46 days of tribute, and it is only picking up momentum, so much so that he is now thinking about what comes next.

“I don’t know what’s gonna happen after 46 days. I really do need to figure that out,” he says. “The momentum is growing and you know, I’m getting support from a lot of influential people, and I need to start kind of focusing in on that.”