Since 2013 the Toronto Black Film Festival has run in February to coincide with Black History Month. This year's iteration runs from Feb. 10 to Feb. 14 and features 44 films from 20 countries.

“TBFF showcases the most outstanding and amazing black films while creating a space to debate major cultural, social and socio-economic issues,” said Fabienne Colas, president and founder of the festival in a press release.

Alfre Woodard will be honoured with the festival's career achievement award Feb. 13 at the Art Gallery of Ontario's Jackman Hall. It will be presented along with a film called Knucklehead in which Woodard appears at 9 p.m. She will be on-hand for a Q&A with the film's director Ben Bowman and co-star Gbena Akinnagbe (The Wire).

Other hi-lights include South Africa's submission for the Academy Awards, The Two of Us (Feb. 10 7:30 p.m. Isabel Bader Theatre), which is a coming of age story following a brother trying to stop his sister's relationship with an older man in Alexandra township. There is also a documentary about the 50th anniversary of the founding of the Black Panther Party called The Black Panthers: Vanguard of the Revolution screening at Feb. 11 9:00 p.m. at the Carlton Cinema.

Get your tickets here.

My favourite ongoing programme in town is still Silent Revue. They only grew in my esteem this month by noting that the monkey — Josephine, apparently — in Buster Keaton's brilliant The Cameraman is the same one featured in Harold Lloyd's classic comedy, and this month's pick, The Kid Brother. Lloyd plays Harold Hickory, the family weakling, who just can't quite measure up to his two big brothers in the eyes of his father, the town sheriff. It's the usual dynamic for Lloyd but it's the gags that make him a benchmark for screen comedy. Check it out Feb. 7 at 4:15 p.m. with live musical accompaniment by Jordan Klapman.

There's two more retro screenings — although not quite silent movie retro — at the Revue coming up as well. Art for Eternity is showing David Lynch's Wild at Heart (Feb. 10 9:15 p.m.) and the 2003 anime from director Satoshi Kon (Millennium Actress) Tokyo Godfathers, a sort of take on the not-so-great John Ford cowboy comedy 3 Godfathers, is on Feb. 8 at 7 p.m.

Lastly, the Last Laugh is presenting a screening of the reliable spoof staple Spaceballs at The Royal Feb. 9 at 7:00 p.m. 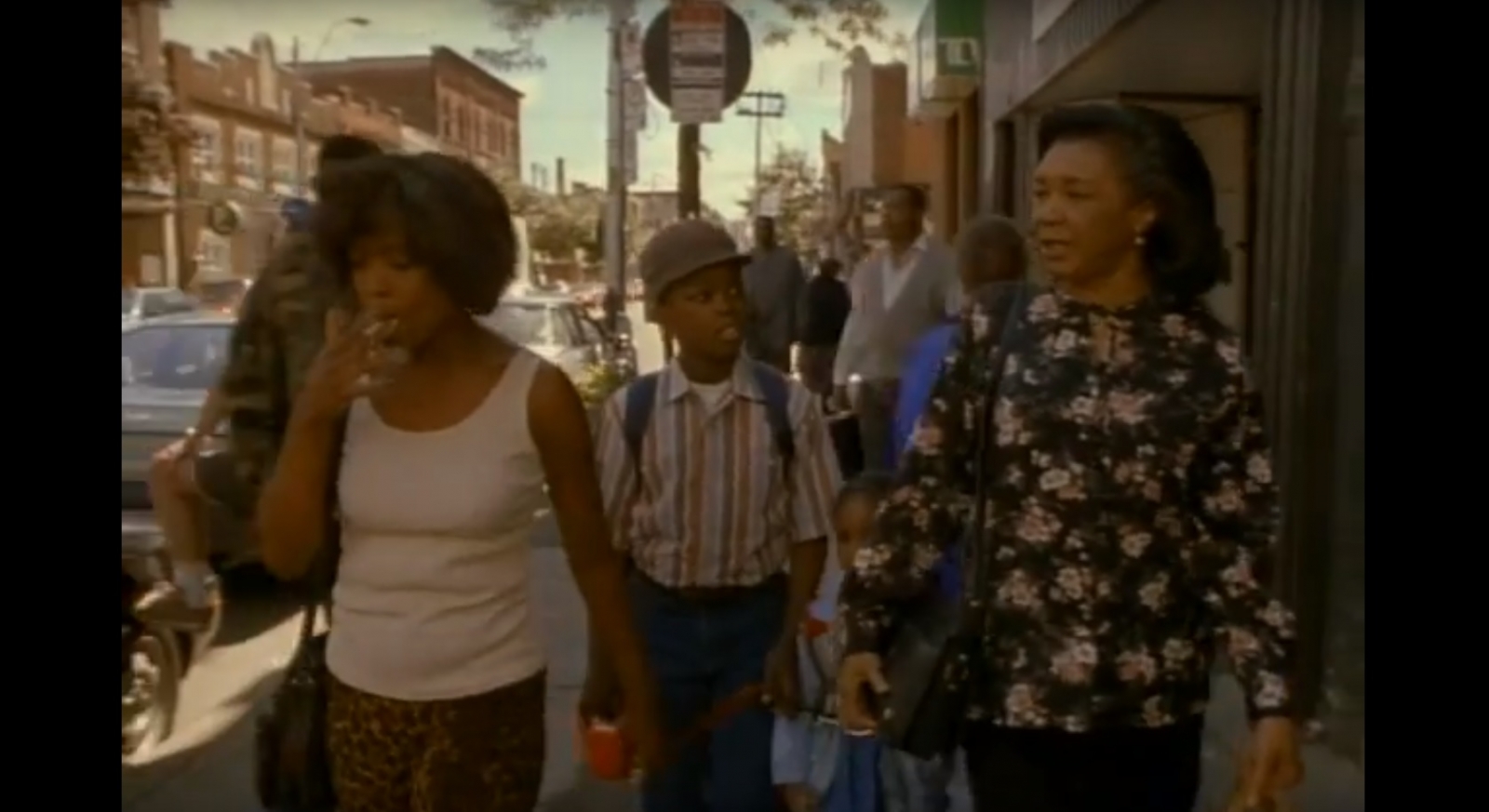 Toronto Screengrab of the Week

Last week was Finding Forrester with Sean Connery. This week is the aforementioned Woodard, starring in a film that also features Wesley Snipes, and was directed by Maya Angelou. Note that TD Bank sign.