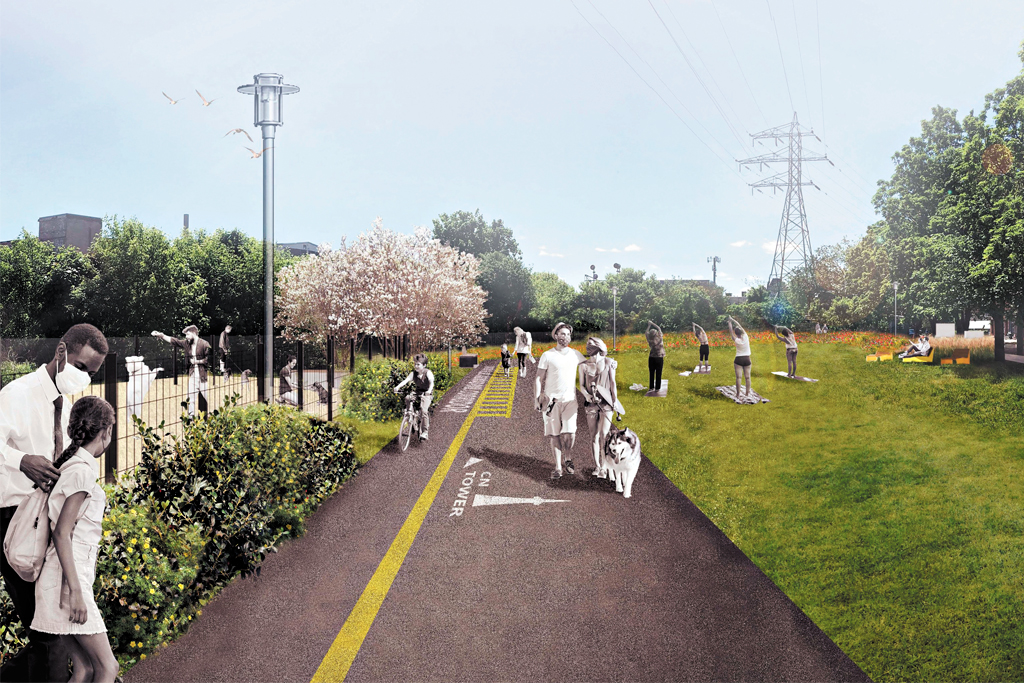 Plans are being finalized for the first park within the Green Line, a new five-kilometre linear park being built in midtown Toronto and stretching from Davenport Road and Lansdowne Avenue through to the Annex neighbourhood.

Macpherson Avenue Park will act as the eastern gateway to the Green Line, which will run west to the West Rail Path at Caledonia Road and Davenport.

The Green Line will consist of 45 parcels of land, connected to create a “contiguous” path that runs along an existing hydro corridor, according to local councillor Josh Matlow. The area already contains 11 existing parks, but the project will fill in the gaps and connect the spaces, with plans to create 10 new parks.

The Green Line vision has existed since 2012 and has come about “organically,” given the area’s need for green space and the already existing corridor where power lines run, Matlow said.

“It has been mostly a derelict, wasted space,” he said. “It is not being used to its best potential.”

Now, the city is taking inspiration from New York City’s High Line and the Beltline near Eglinton Avenue West to beautify the area.

So far, only Macpherson Avenue Park and a park at Geary Avenue and Bartlett Avenue are in the works because they are the “lowest hanging fruit,” Matlow said. This means they are the easiest land to begin work on, given complex land rights and uses split between the city and province-led Hydro One along the corridor.

Plans for Macpherson Avenue Park include picnic tables, fitness equipment and a small amphitheatre, along with new plants and signage that explains the area’s history. Matlow said the area used to be an Indigenous portage route and that there is an “important story to be told.”

“[It] is a recognition that they were the first people to walk those lands,” he added.

The Green Line is being done in close consultation with the community, which local resident and co-president of the Rathnelly Area Residents Association (RARA) Pym Buitenhuis said has been an enjoyable process.

She said she is especially looking forward to the planned amphitheatre in Macpherson Avenue Park, which she said could hold community meetings or plays from nearby Tarragon Theatre.

“[The consultation] was just a really fascinating conversation about the use of public space,” she said. “I think [the Green Line] is a signal of an investment in beautifying the midtown living experience.”