Home of the Week: $3.7 mil for a renovated century-old house just one block from High Park
Skip to content 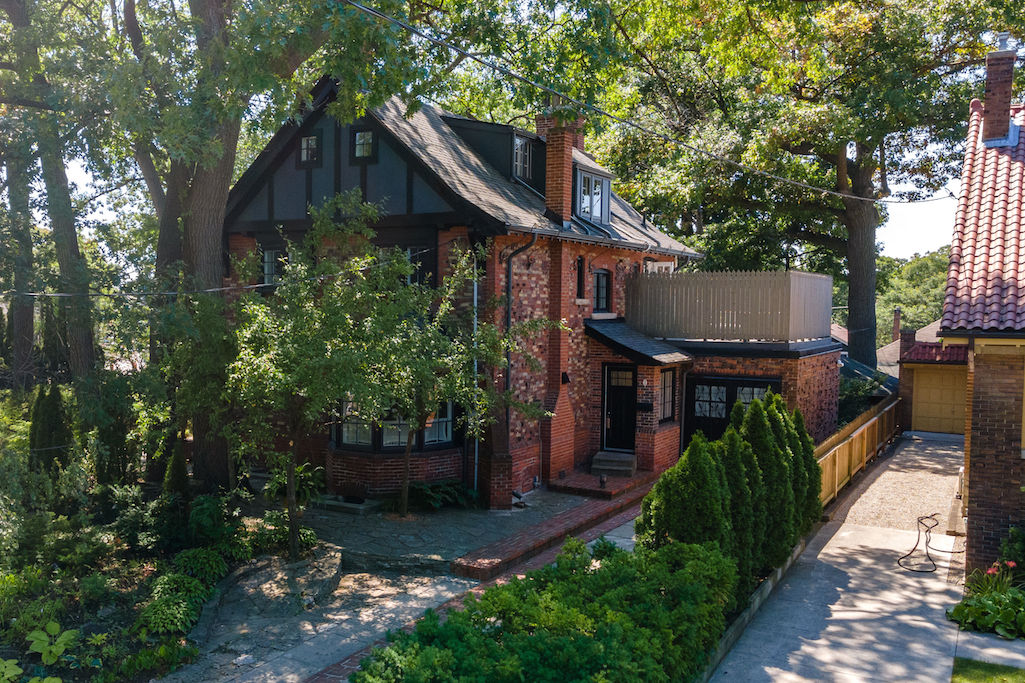 Seamlessly blending brick, steel, wood and lush greenery, this home is an architectural beauty in the High Park area. The two-storey home was originally built in 1907 before it was re-designed and renovated by prominent architects John and Patricia Patkau in 1990, winning a Governor General Award of Merit in Architecture that same year. With equal parts historic charm, modern artistry and unexpected pops of character like the rustic wooden ceiling in the breakfast nook, it’s not hard to see why this home has been so celebrated.

Located on a 710-square-metre lot, the home has plenty of space with four bedrooms, four bathrooms and an entire apartment on the lower level that could be rented out or used for guests. It’s also conveniently located in Toronto’s established High Park area, which is just a hop, skip and a jump from downtown and amenities like the TTC, schools, shops and restaurants in Bloor West Village. It is currently on offer for $3.749 million.

With its chic blue trim and charming brick exterior, this home is definitely not short on curb appeal. 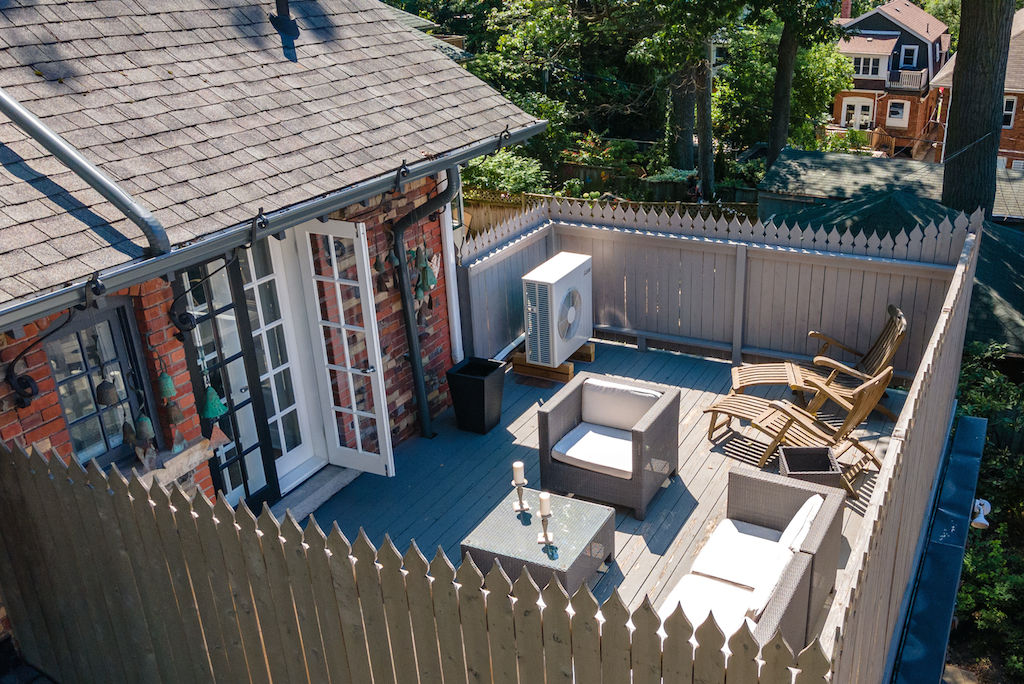 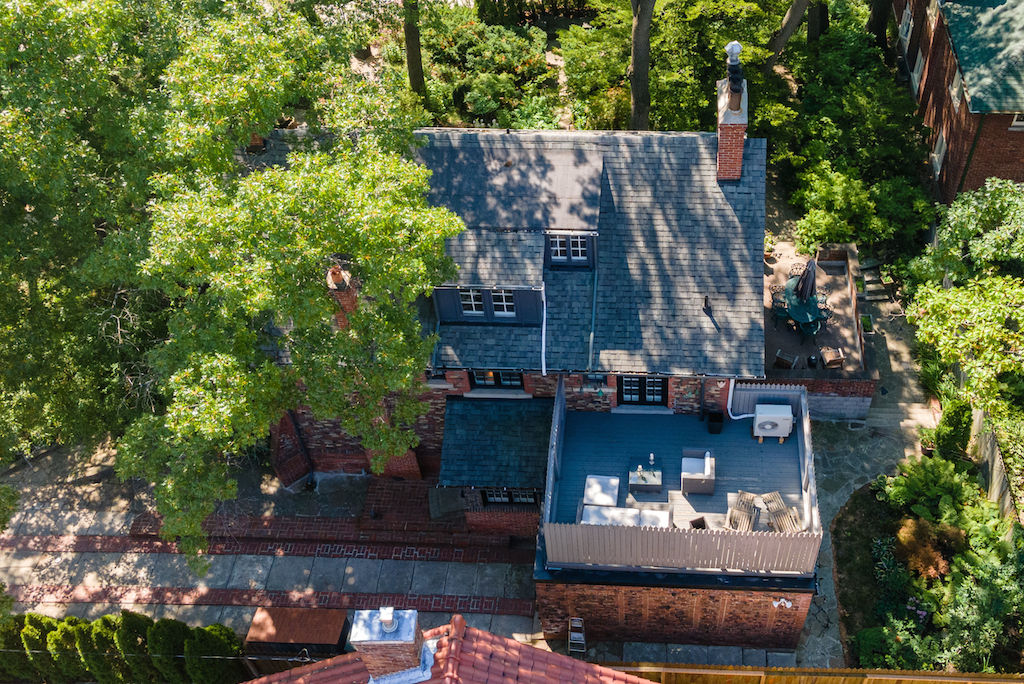 There’s plenty of room for entertaining (socially distanced, of course). 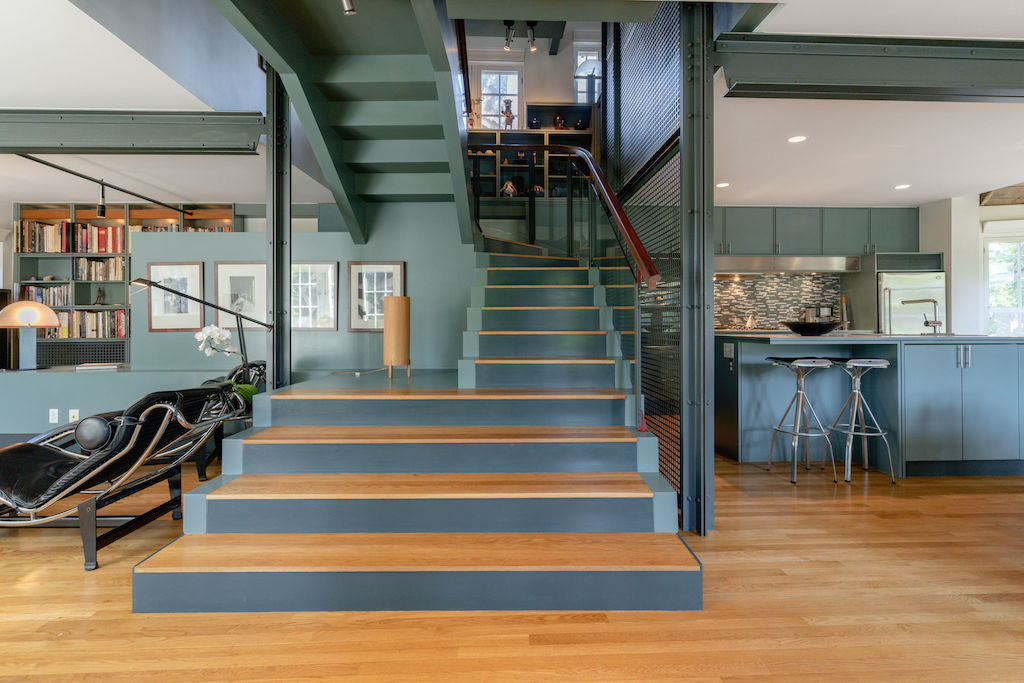 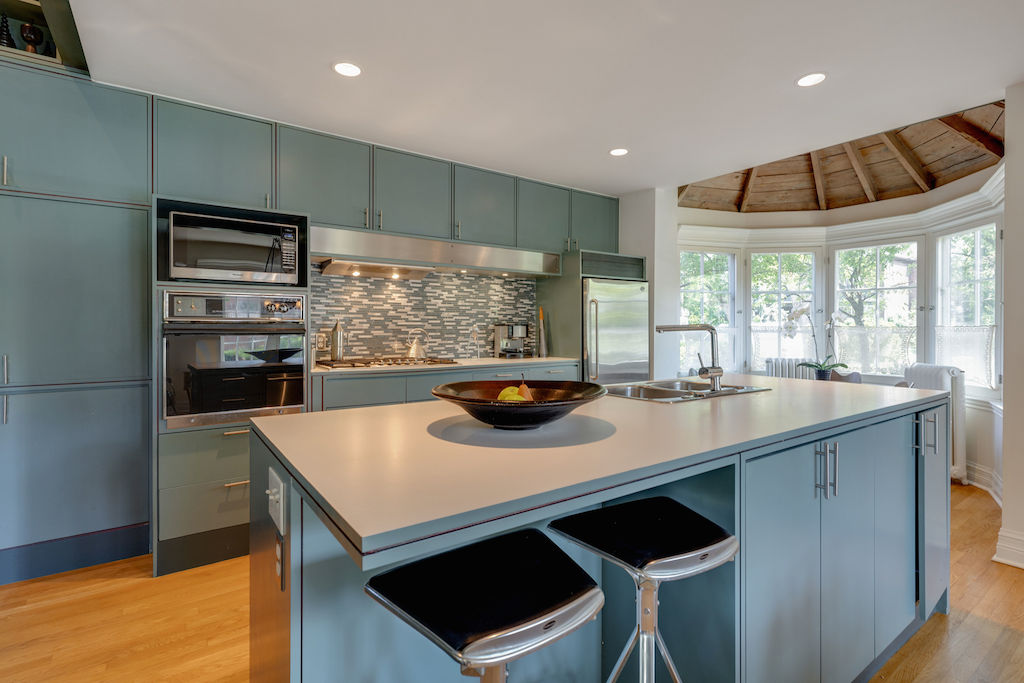 The blue hue of the exterior is carried through to the interior of the home, giving the main kitchen and living area a modern yet artistic feel. 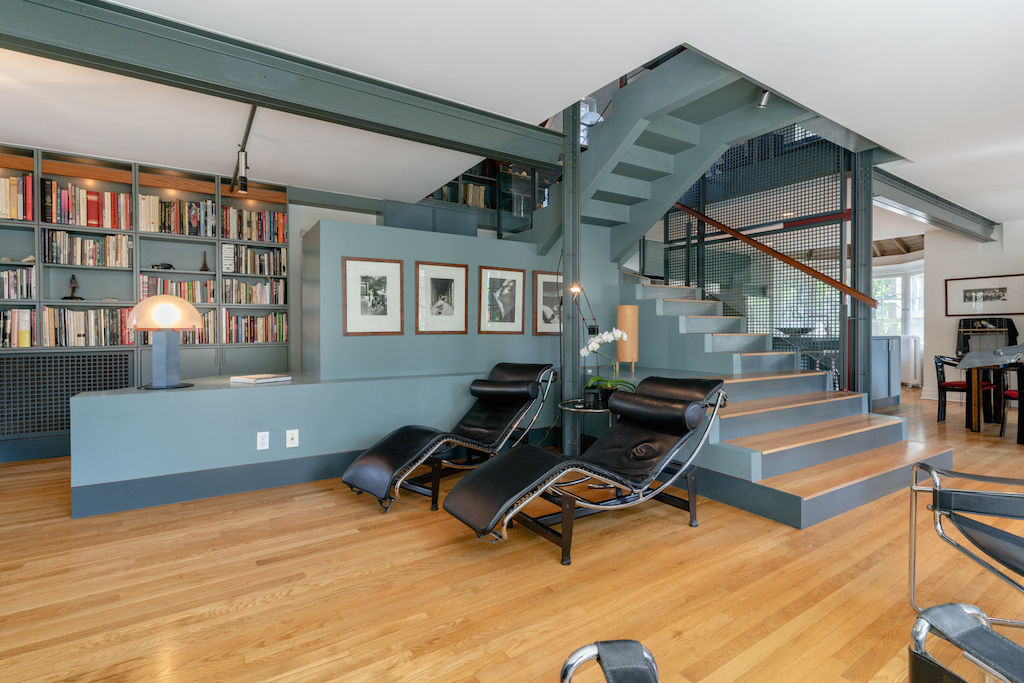 There’s a dining area next to the kitchen. 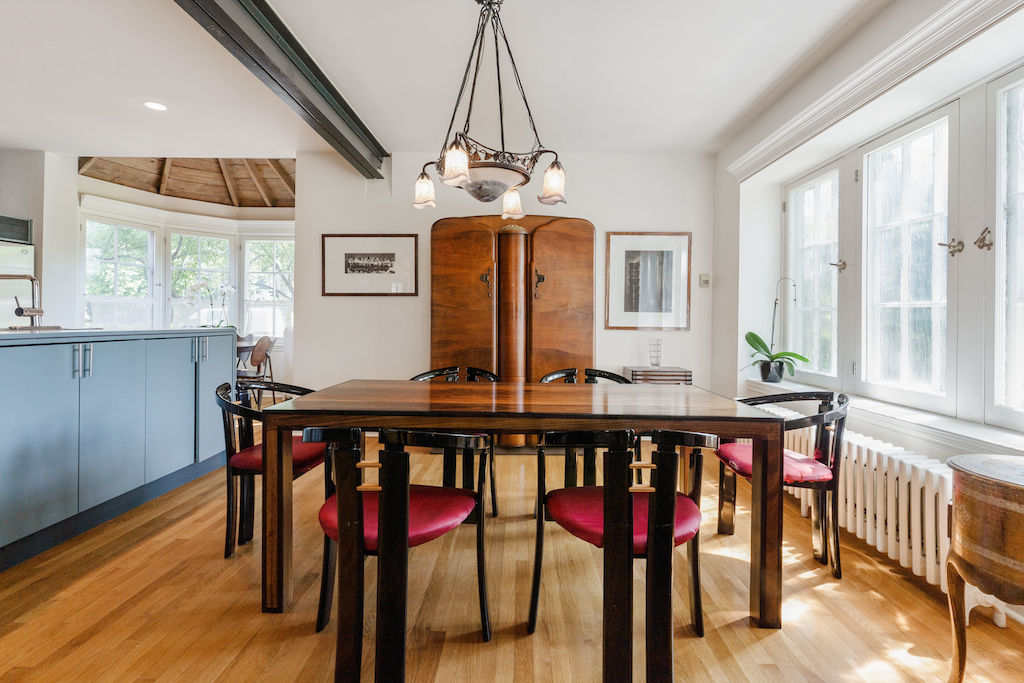 And room for another kitchen table under the gazebo-like ceiling with bay windows. 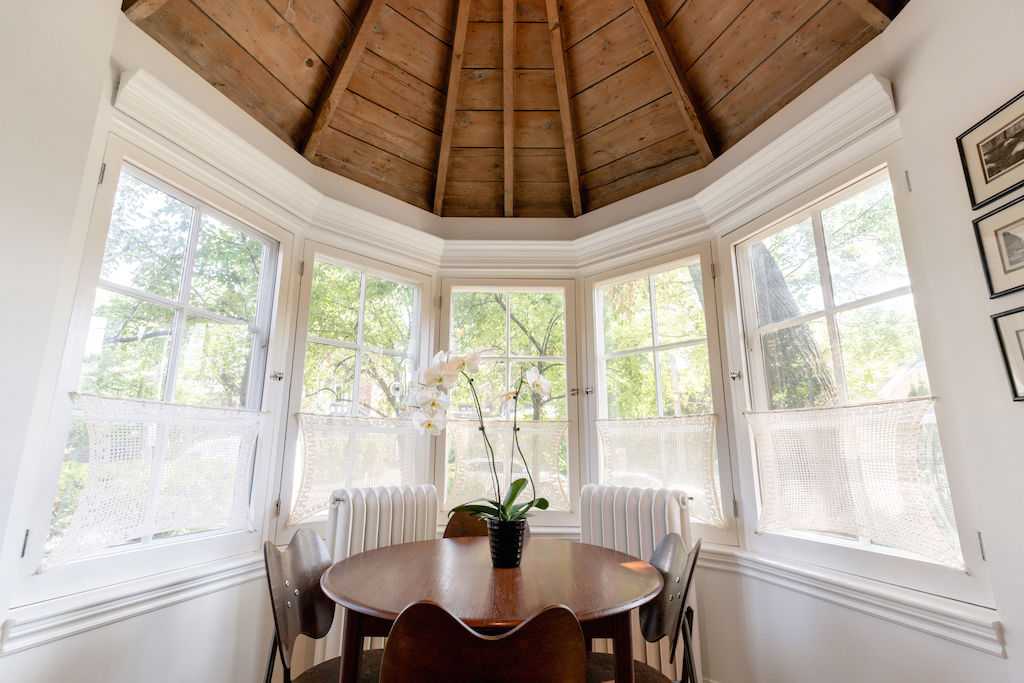 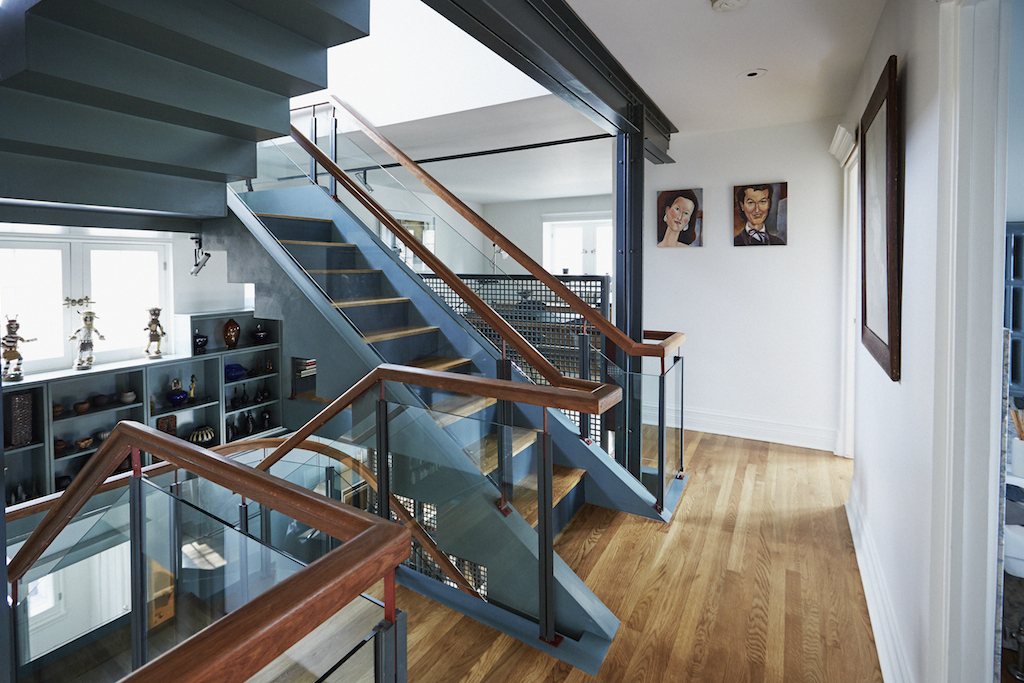 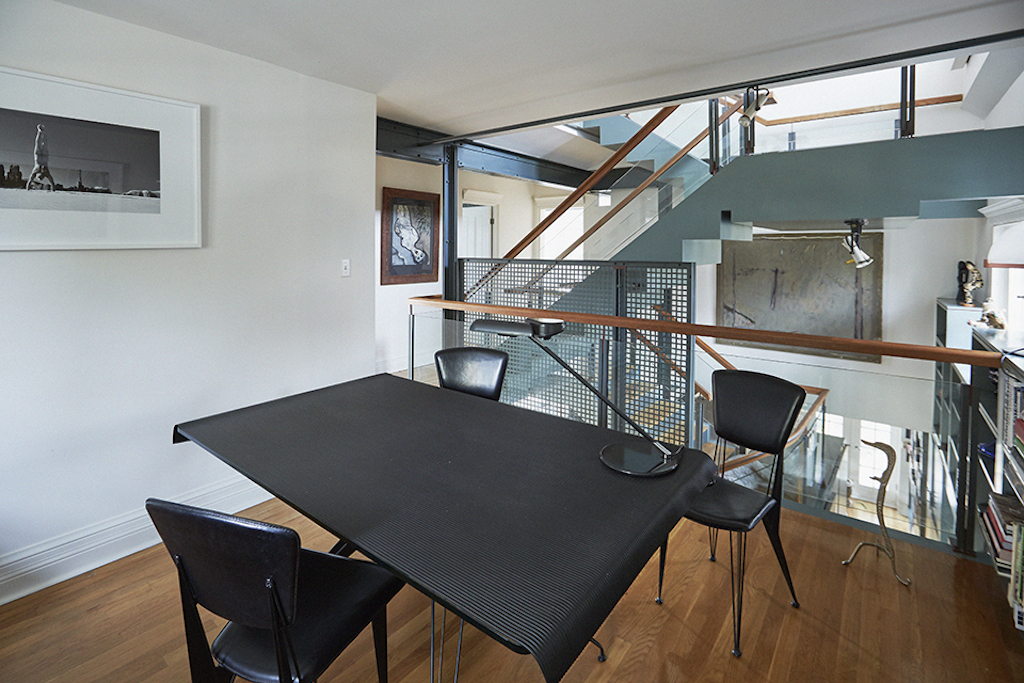 The bedrooms on the second and third floors of the home also sport the home’s signature blue. 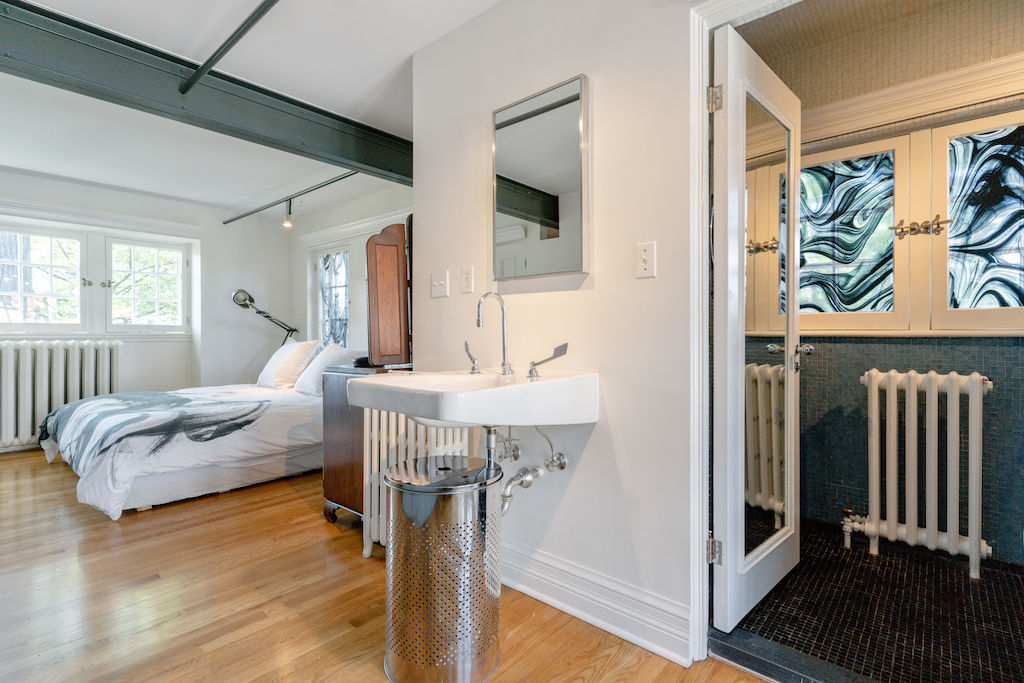 The bathroom design has an abstract window treatment and mosaic tiled walls. 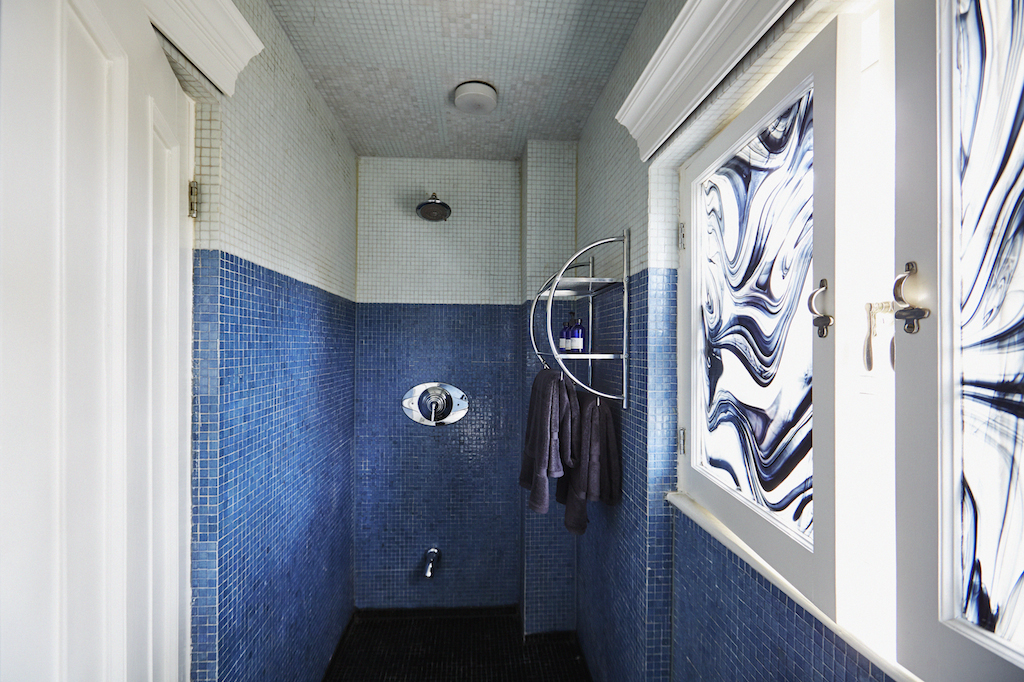 Here’s a look at one of the other bedrooms: 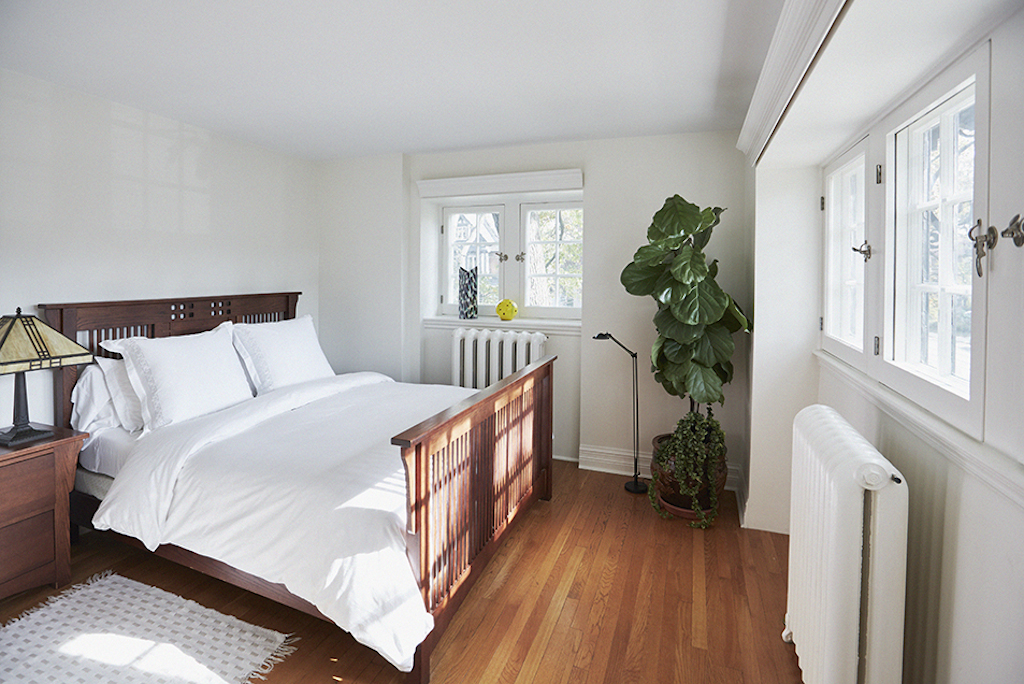 And massive bathroom complete with its own sauna. 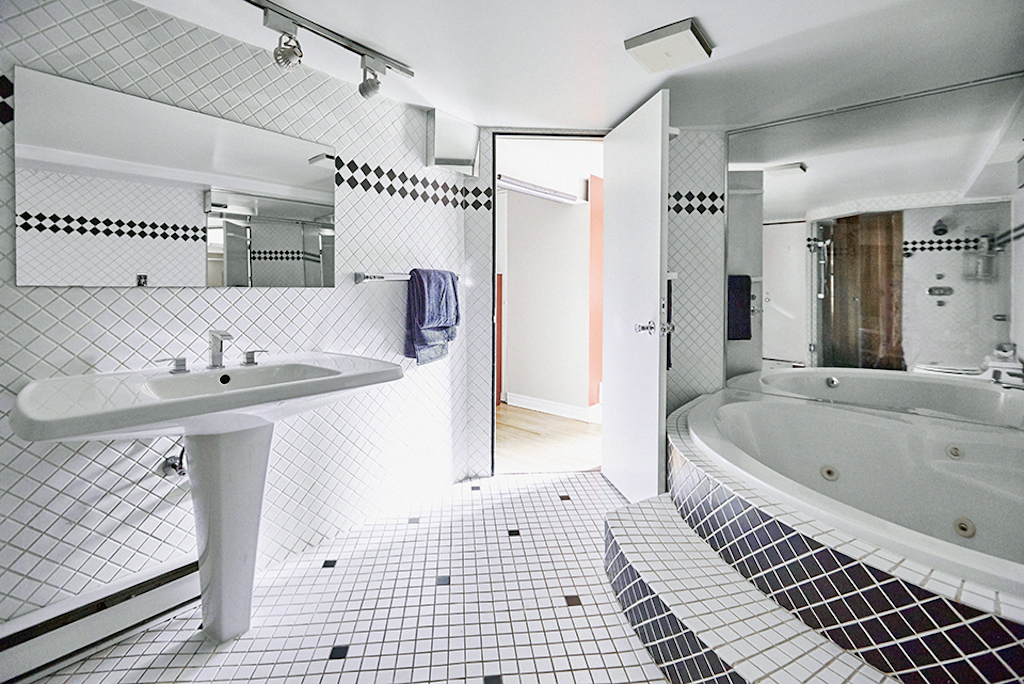 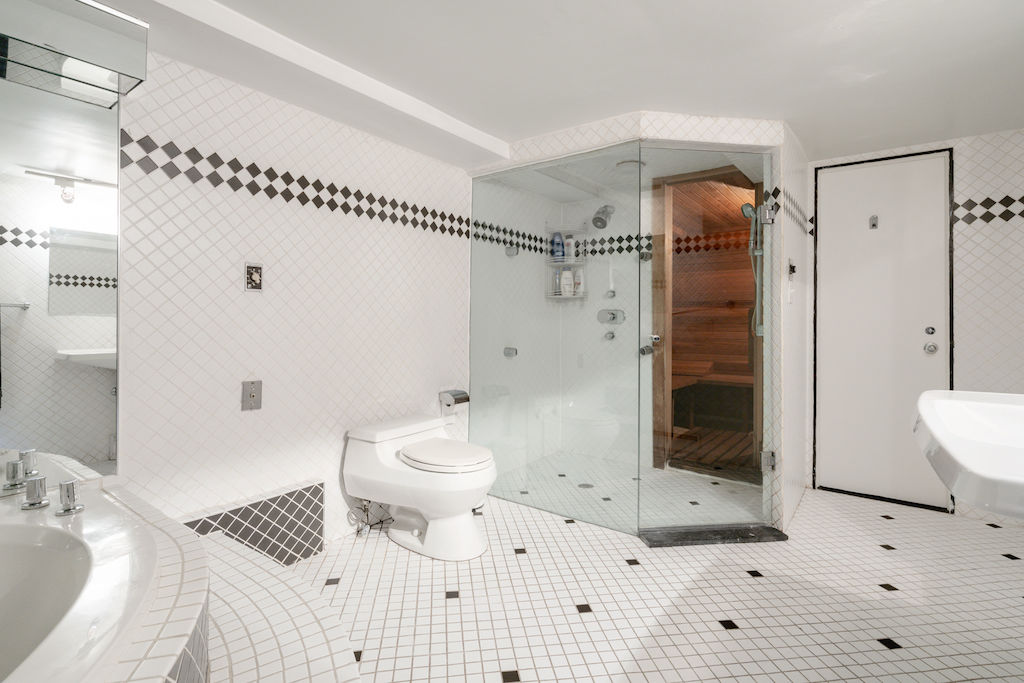 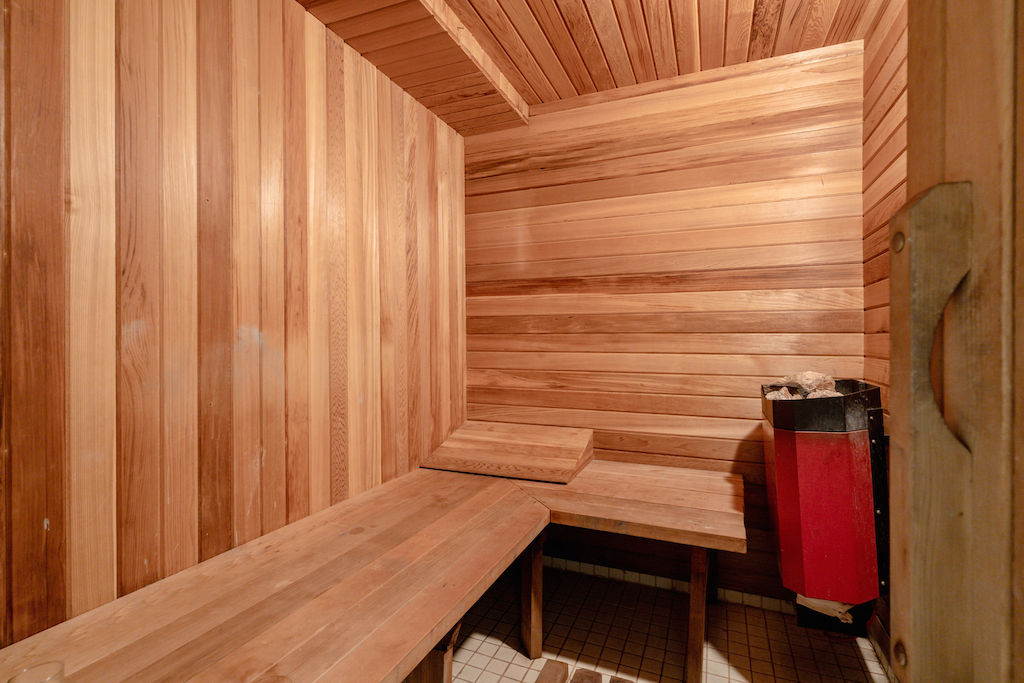 Plus, the apartment on the lower level feels just as quaint and warm as the rest of the house. 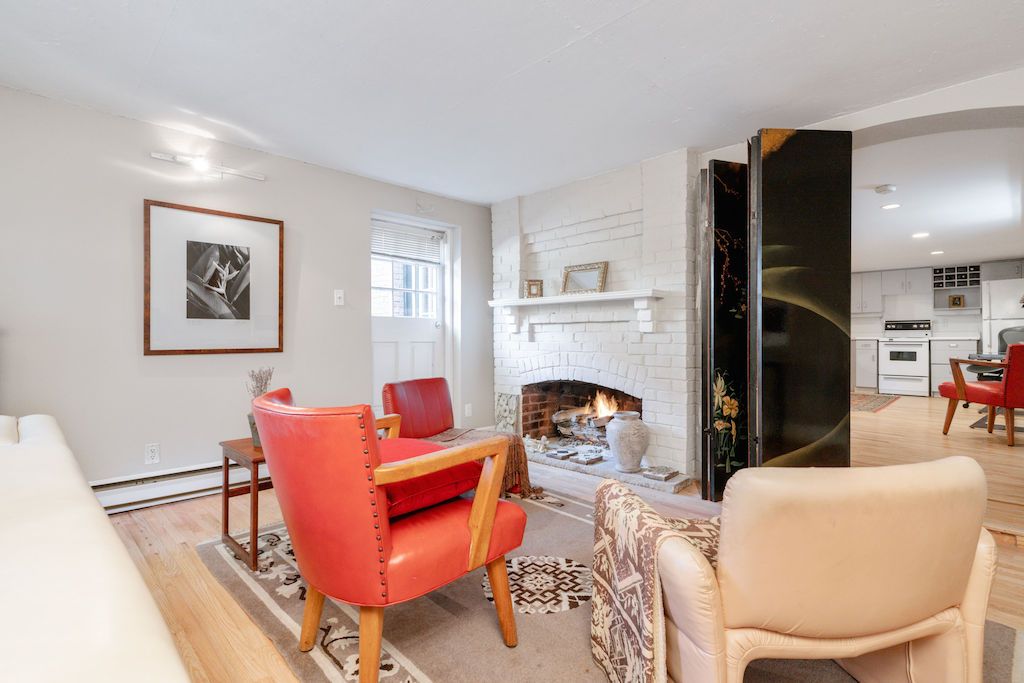 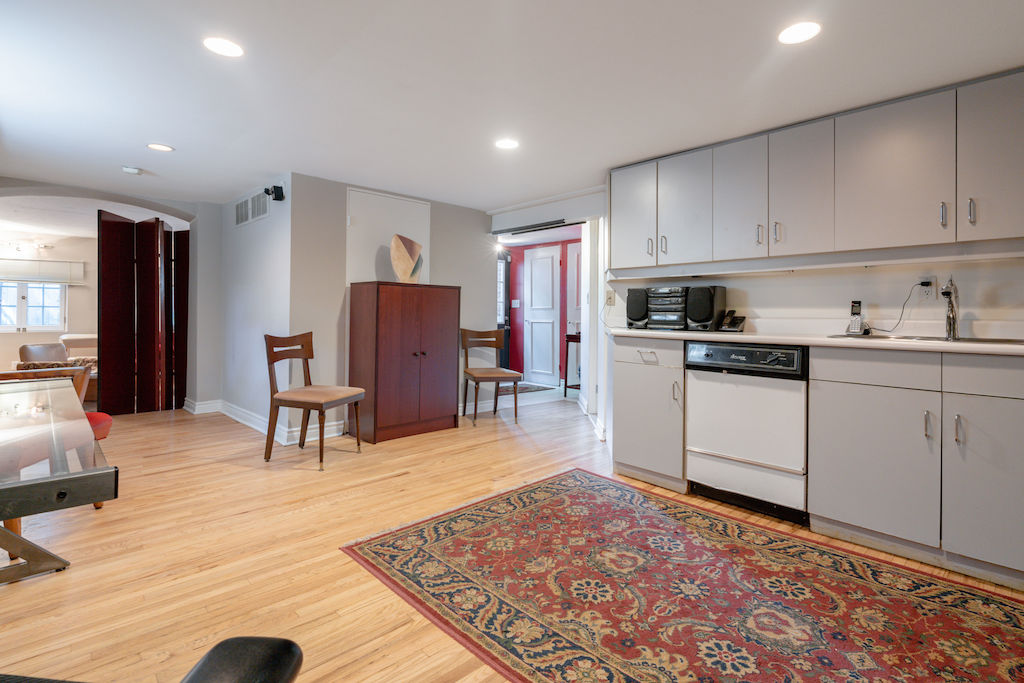