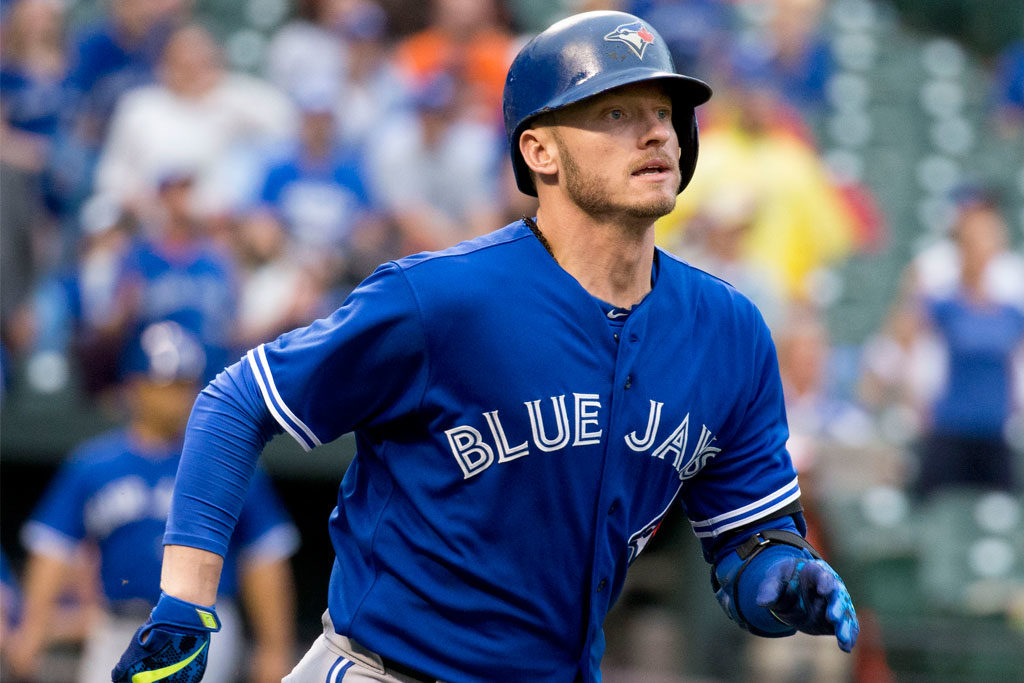 Doug Ford runs for Ontario PC leadership
At a news conference in his mother's basement on Monday, former Toronto city councillor Doug Ford declared that he would run for leader of the Ontario Progressive Conservative Party. Following sexual misconduct allegations, Patrick Brown recently resigned as the Ontario PC leader. An election will be held on March 24, 2018 to decide who takes his spot.

Blue (Super)Moon
Early risers were treated to a full moon in the GTA this morning. A supermoon happens when the moon is as close as possible to Earth. Slept in this morning? Snoozers may have a second chance —if skies are clear later tonight, the supermoon may still be visible.

Up early and dressed warm for the #superbluebloodmoon. I missed #lunareclipse totality due to the clouds. But I did catch the #moon peeking through shortly before. The “blood” of the moon comes from the sun shining through the atmosphere and projecting on to the moon.

The Bringer of Rain remains
With MLB spring training set to begin in February, the hometown Toronto Blue Jays hit the ground running with some positive news for fans by announcing a massive deal to keep star player Josh Donaldson. Shortly after, the team signed free agent outfielder Curtis Granderson, who will add some pop to a fielding crew with an underwhelming offence. With the young pitching staff back and healthy this year, the Blue Jays will look to bounce back from a disappointing season. Spring training games kick off Feb. 23 versus the Philadelphia Phillies.

Horses and Washrooms and Eels, oh my!
January was a weird month in the wild kingdom of Toronto. First, a horse was spotted trotting through an intersection near Fort York. Apparently, a Toronto Police Service steed got loose and went for a joyride for a short time before the rider caught up to the horse. And in grosser news, a person went to use the washroom in Scarborough Town Centre only to find a couple of rather large, still very wriggly eels on the bathroom floor. Quite a shocking situation.

Mirror, Mirror on the Wall
A staggering 40,000 people braved a massive online queue in an attempt to purchase tickets to the AGO’s Infinity Mirrors exhibit opening next month. Toronto is the fourth North American city to showcase the exhibit. Yayoi Kusama's show, which displays a collection of mirrored rooms and lights, opens on March 3.

Raptors dig deep
The Toronto Raptors continued on their quest for the top of the Eastern Conference by narrowly defeating the Minnesota Timberwolves last night, 109-104. A fourth quarter push saw Toronto take the lead against a high-scoring Wiggins. The Raptors trail the Boston Celtics by just two points.

Campbell gets canned
After churning out chicken noodle for 87 years in T.O., the Campbell Soup factory is closing. The company said that roughly 380 manufacturing jobs will be lost when the factory in south Etobicoke closes within 18 months.

Anne Shirley leads the way
The TV adaption of Lucy Maud Montgomery's novel Anne has been nominated for 13 Canadian Screen Award nominations. The CBC/Netflix show was filmed at a former bubble gum factory on Leslie Street.

Congrats to everyone who made #AnneTheSeries what it is! Thirteen #cdnscreenawards nominations! Pinch us, we must be dreaming! . . . #Repost @moirawalleybeckett ・・・ THRILLED to have received 13 CSA Nominations for #annewithane! Including Best Writing and Best Drama! Big Congrats to @amybethmcnulty @geraldinejames8791 and my entire cast & crew!! 💗😊

King of the Jungle
Toronto made it into the top 20 cities trying to land the new headquarters of online retail giant Amazon. Impressively, T.O is the only Canadian city left in contention — the other U.S cities in the running are concentrated along the East and Midwestern regions.

Cond-oh, no
Eight condo towers were proposed by P.I.T.S. Developments for the rail corridor site also eyed by the city for the $1.66 billion Rail Deck Park project. However, councillors have moved to kill the bid. The Toronto and East York Community Council voted to reject P.I.T.S. plans.