Toronto is getting a massive new restaurant from the owners of Bar Raval and Alo | TRNTO.com
Skip to content 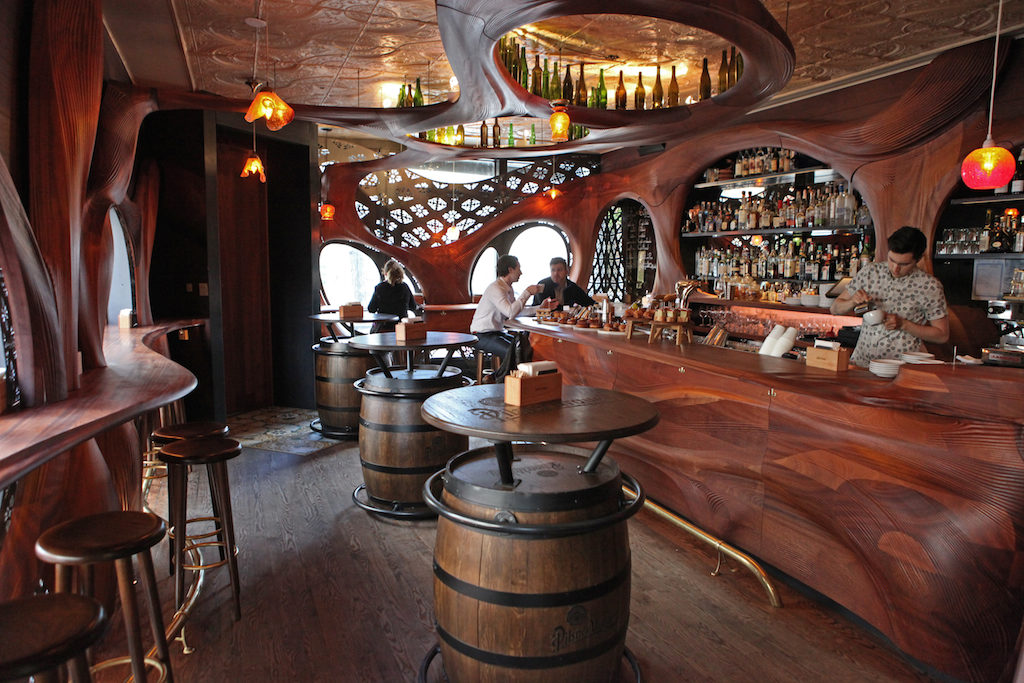 The Sundance Kid to Grant van Gameren’s Butch Cassidy has taken on a new partner. After working alongside van Gameren for seven years, Robin Goodfellow — part owner in PrettyUgly and Bar Raval — is taking some new leaps in the restaurant industry.

Goodfellow is teaming up with Amanda Bradley, the former GM and co-founder of the highly regarded Alo, to open a 4,000-square-foot bar and restaurant at King and Portland in Toronto.

“Let’s call it the Portland Spot,” Goodfellow says about his secretive new venture. The restaurant will be located in the back-end of the iconic Scholastic building on King West.

Goodfellow has already hired on two “internationally loved” chefs, although he wasn’t yet ready to disclose their names. The menu is still in the works, but Goodfellow did mention that there will be lots of champagne involved.

It has always been one of Goodfellow’s dreams to open up a hotel, so he and Bradley decided that this space would be perfect for what he calls “a hotel bar without the hotel.”

“[There will be a] ginormous patio above the existing Buca and a cool little champagne bar next to the entrance,” he says.

The two will work with Toronto-based design firm Partisans, who are known for their quirky designs and beautiful woodwork in spaces like Bar Raval and van Gameren’s Quetzal.

With the new spot, both Bradley, Goodfellow and their partners are eager to bring west-end talent into the corporate sector.

“We are excited to bring our style of service and quality of drinks to one of the busiest intersections in the city” Goodfellow says.

There is no set date for the opening of this space, but we’re hoping that by next summer, we’ll be able to sit out on the patio and enjoy some bubbly under the sun.