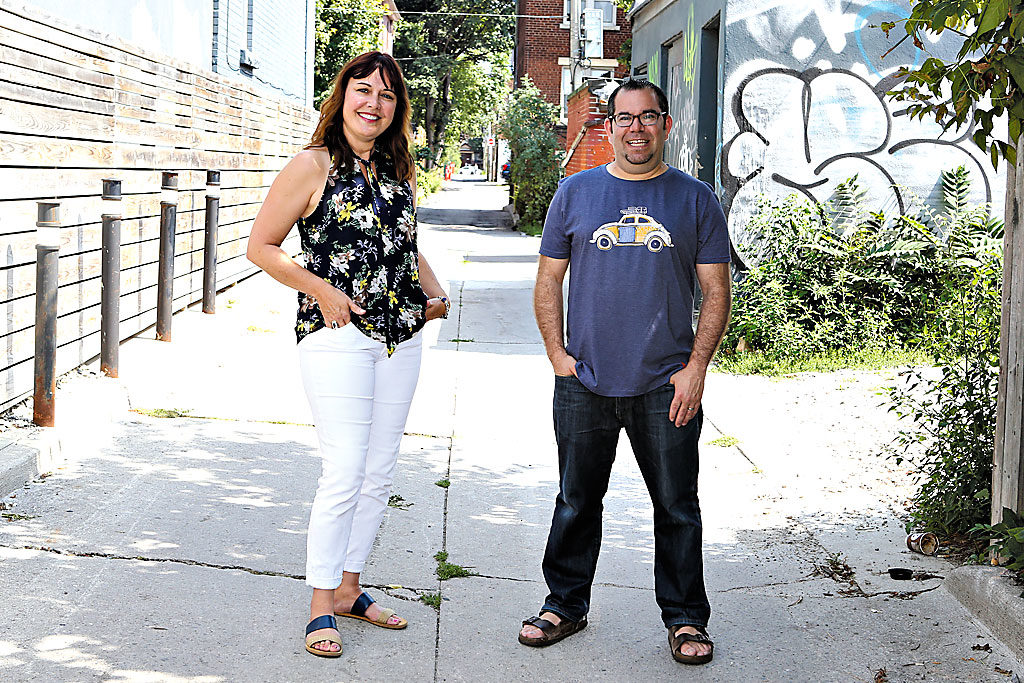 Four years ago Barry “Feel Good” Luksenberg took a trip to Vietnam with one of his closest friends. What should have been an unforgettable adventure turned tragic when the 24-year-old man’s life ended in a motorcycle accident. He never made it back to Canada

For all those close to Luksenberg, his death was not going to be the end of his story. Since his passing, the neighbourhood of Hillcrest village, where he grew up, has taken steps to immortalize his memory.

“It started with 'Feel Good,' the lane being named after Barry 'Feel Good' Luksenberg,” said Kim Lesperance, one of the organizers of a GoFundMe project aimed at revitalizing a laneway at St. Clair Avenue West and Arlington Avenue.

Lesperance and fellow community activist Julian Back have plans to fill the walls of Feel Good Lane with a series of murals. Their goal is to make the space and bordering park a safer place, one that will provide the community with a chance to enjoy some unique local artwork.

“As you walk through the laneway, it’s not really a beautiful space.”

“I met [Barry’s] parents one day, chatted with them about their story and signed a petition to get the city to name the lane ‘Feel Good Lane,’” said Lesperance. “That was a couple of years ago.… As you walk through the laneway, it’s not really a beautiful space.”

Memories of Barry Luksenberg are still very fresh in the minds of many in the St. Clair West community. Luksenberg and his friends grew up playing together in Graham Park and frequently found themselves exploring the laneway. As they got older, they started a rap group called the 512 Crew. While performing with 512 Crew, Luksenberg adopted the moniker “Feel Good” to reflect his outlook on life.

“Barry was very young, obviously well respected in the rapper community, and he was taken too young and that was a tragedy,” said Lesperance.

In total, there are 18 available spaces in the lane for local emerging artists to showcase their work. To attract the interest of local artists, the organizers posted a call at the Ontario College of Art and Design and have reached out to a west end arts collective known as Spudbomb. The GoFundMe page has set a goal of $5,000 dollars for the project, already reaching over $3,000 in donations. All of the money raised will go toward paying the artists and purchasing all the necessary materials. The laneway launch is scheduled for late fall.